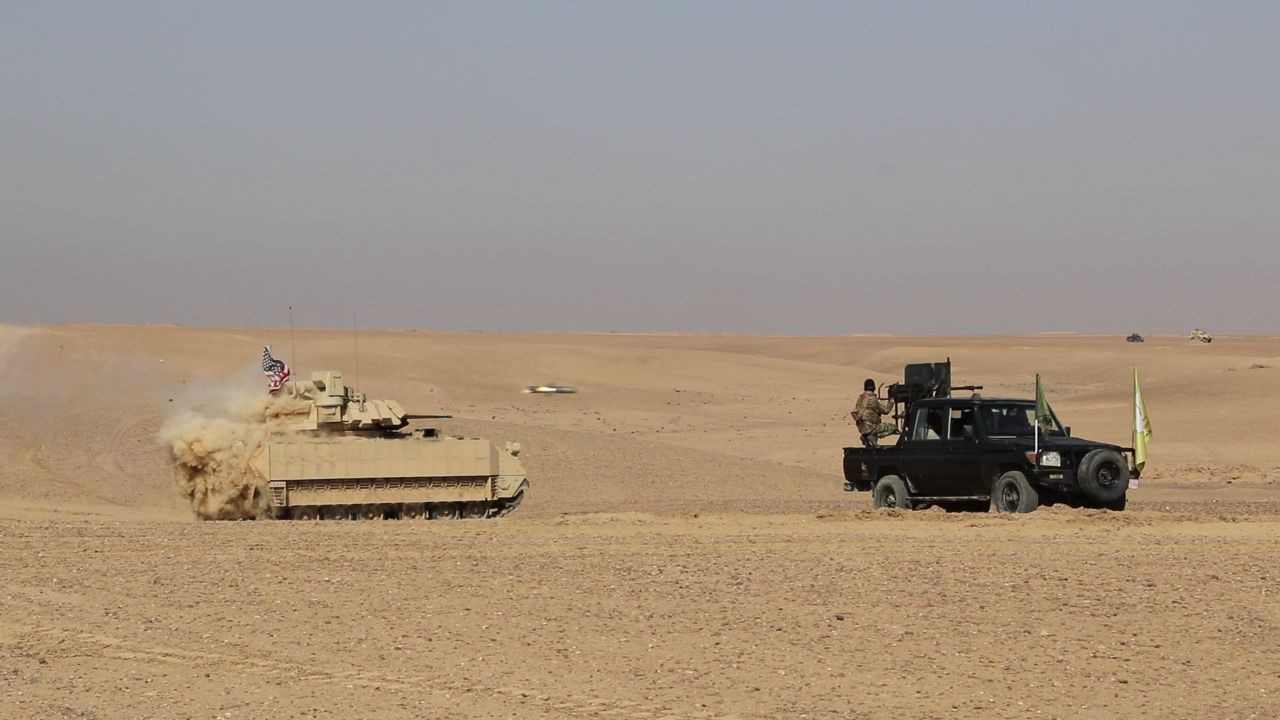 On February 18, the US-led coalition and its proxy, the Syrian Democratic Forces (SDF), held live-fire drills near Abu Khashab road in the northern countryside of Syria’s Deir Ezzor.

M2A3 Bradley infantry fighting vehicles (IFVs) of the coalition took part in the drills side by side with IAG Guardian and Humvee armored vehicles of the SDF.

In a statement, the SDF said that the drills were held to test new tactics to counter ISIS cells as well as to demonstrate new fire support methods and rapid deployment procedures.

“These drills come to affirm the partnership between our forces and the international coalition to counter the threat of ISIS terrorism and ensure the security and stability of the [northeastern Syrian] region,” the statement reads.

On the same day, the US-led coalition announced that it had deployed additional M2A3 Bradley IFVs in northeastern Syria. The coalition said that the decision to deploy the vehicles was motivated by the January 20 ISIS attack on al-Hasakah prison.

The US-led coalition appears to be using ISIS’s last attack as an excuse to expand its presence in the northeastern region. Despite facing some pressure, the coalition will not likely withdraw its forces from Syria anytime soon.

The usual game: They use Daesh to excuse greater involvement. This time, the Times help much, claiming it was a disgrace for the West not to have helped the Kurds. Ridiculous, it’s a disgrace to lie that much. Daesh was of course formed and is financed and sustained by Western Forces and their Gulf-Allies. The escape of Daeshi prisoners was only possible with the help of infiltrators and concomitant attacks by Turkish forces.

Its a normal upgrade. It seemes to many prisoners is out there. People here really do expect those Americans dont do as they wish even a few moskitis are there too.