The US-led coalition has denied reports on an aerial attack of its air force on a warehouse with chemical weapons of terrorists of the Islamic State group in Deir ez-Zor. 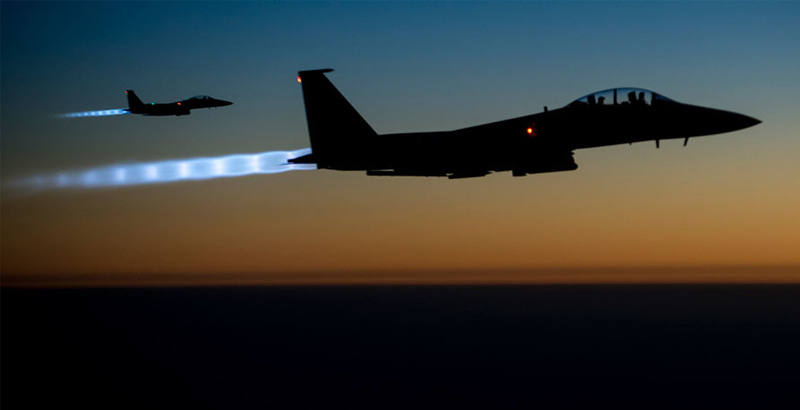 Spokesman for the headquarters of the US-led coalition, Colonel John Dorrian, said that the coalition did not attack a warehouse of terrorists of the Islamic State (IS) group, where they stored chemical weapons.

“The Russian Defense Ministry does not have information, confirming the reports on deaths of people and nature of destructions, caused by the bombing, [carried out by] aircraft of the international coalition near the settlement of Deir ez-Zor. Unmanned vehicles of objective control have been sent to the specified area to monitor the situation,” Konashenkov said.

Earlier, the SANA news agency reported, citing a statement of the Syrian Armed Forces command, that an airstrike, carried out by the US-led coalition’s air force on a headquarters and warehouses of the IS in the area of Hatla village, located near Deir ez-Zor city caused poisoning of hundreds of people. According to the news agency, the aerial attack was carried out at 5:30 pm local time on Wednesday. SANA did not provide any details about the number of killed and injured people.

As press secretary of the UN Human Rights Council, Rolando Gomez, told the RIA Novosti news agency, an independent commission of the organization is studying reports on the attack of coalition’s aircraft on the militants’ warehouse.

This looks like a possible CW false flag that went wrong.

Assad has won the war and what, he drops chem weapons so the U.S. can have an excuse to attack? Hardly.