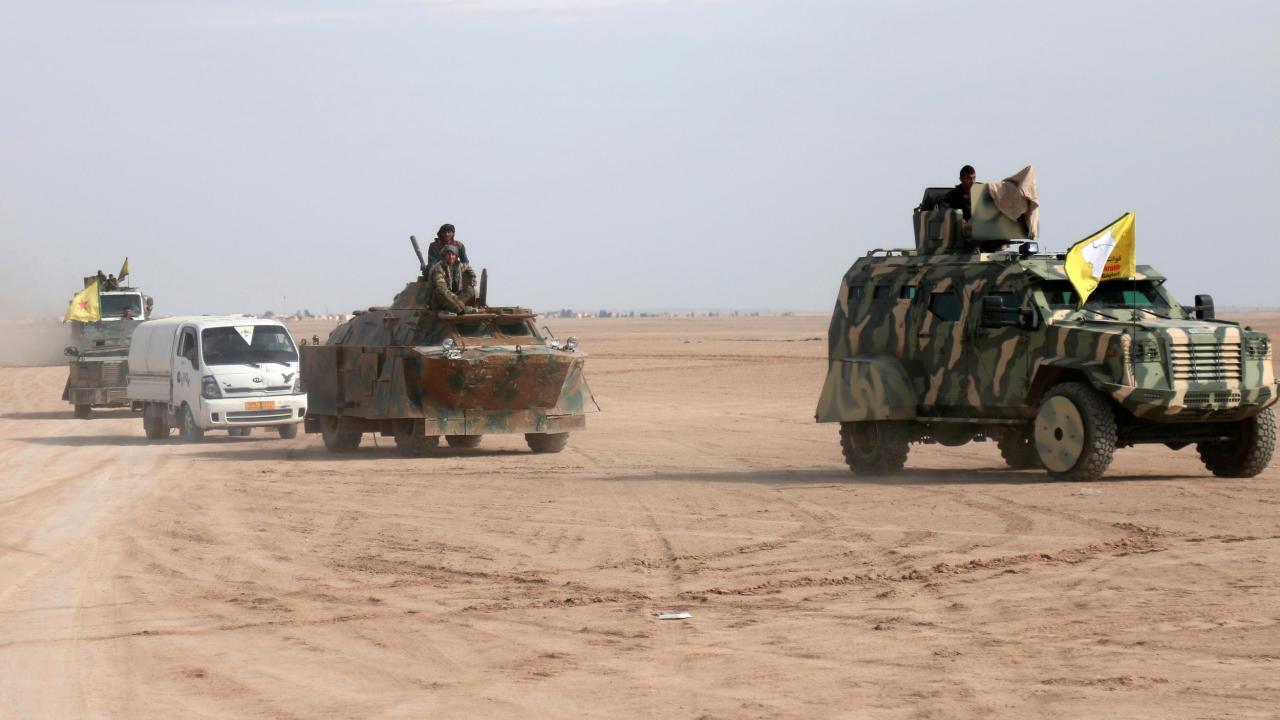 On June 3, the US-led coalition launched a new military operation against the remaining ISIS fighters in the area of Dashisha in the southern part of the northeastern Syrian governorate of al-Hasakah.

“This is a well-coordinated, powerful offensive to annihilate Daesh [ISIS] remnants in northeastern Syria … Our partners are aggressively taking the fight to what’s left of Daesh’s conventional force, which has been demoralized by military losses and its leadership’s abandonment of the terrorists they left on the front lines,” Lieutenant General Paul E. Funk II, commander of Combined Joint Task Force of the US-led coalition said.

The US-led collation said that its warplanes are already carrying out airstrikes on ISIS command and control centers, weapons production and storage facilities, safe houses and facilitation sites in Dashisha.

On May 1, the US-backed Syrian Democratic Forces (SDF) announced the resumption of their anti-ISIS operation in the governorate of Deir Ezzor. Since then, US-backed force has managed to capture the village of al-Baghuz only.

Despite that many local sources confirmed that the SDF is massing its forces around Dashisha, local observers believe that the US-led coalition may slow down the operation on purpose just like it did during the Deir Ezzor operation.

New news out: Operation has been halted and will resume in another 6 months. :)

When they can bring the new batch in

“The operation will be also supported by warplanes of the US-led coalition and even the Iraqi Air Force (IAF)”.

Another proof inside the basket of Serious theories !!! XD.

Who the fuck said it ? The iraqi army is owned.

So, now, the so-called syrian ally (Iraq) is collaborating with SDF instead of the syrian gov !!! XD.

I wonder what the fuck are saying those who have no theories or wrong theories ??? XD.

Now they attacking what they created and using as their foot soldiers ? I am sure accidentally like they be bombing the iraqi forces who fighting isis.

For your information – A new post of mine about Soros has been taken down in your forum twice.

In my forum? I dont have a forum, or know what post, you talking about. If is taken down it means you put something that was not tolerated, by the mods there.

send me the post in gmail to see it.

I will update and send with additional dots a bit later.

Did I send to a wrong address?

and in a couple of minutes some jackass is going to write….how difficult it is to find those cocksuckers in an open terrain, and that they are hiding in houses and underground facilities and that they are so fast coming out of those houses and underground facilities(that they dug with their arms through the help of allah) and moving so quick in some pickup trucks that its just not possible to locate them and when they do they cant bomb them cause they are back in hiding…like the old school play of hide and seek…

They also will tell you that Al Baghdadi is hiding inside a hole in the desert of Syria and is directed the Amaq agency from there !! XD.

Don’t worry, tomorrow, they will convince people that elephants can fly by stating that Dumbo can !!! XD.

oyeah and i heard hillary is going for ms. universe next

I’m sure these stop and go offensives are due to diplomatic delays. Any attack of consequence requires complicated negotiations and coordination between many local militant groups.

Not so sure about this Smaug. I think the US coalition want’s an excuse to stay in Syria for as long as possible. :/

i think you are correct.

Taking into consideration what had happened recently, regarding the victories of the Islamic State this song tells us the successful story of this struggle, from mobilization to victory. The lyrics starts with the praise of the Islamic State and claim that it lighted the universe with its arrival. Then it goes on to credit the Islamic State with the feat of erecting the religion, by applying the rules we saw in the land under their control. https://youtu.be/O7Av7hd8Hq8

You can call me Al
Reply to  Daula

Look at that. Daula (ISIS) upvoted Smaug the American !! XD.

Daula is brand new ISIS troll with only 9 comments. Soon to be blocked I hope, it deserves a flag. But I’m sure Smaug needs a little support. XD

Yep – I want Dutchnatonal back – at least he was a Kurd nut job.

Good point, unless they have re-invented themselves !!

They’d be tough to miss. They may have been banned or had so many posts blocked or deleted that they gave up.

Daula is probably sitting in some well paid cubical in Tel Aviv or Langley. Or is one of their bots.

The Syrian government coalition and local resistance forces are operating all over the SDF held area. I’d like to see the Jew world order occupation forces removed and Syrian government administration restored with a minimum of hostilities. And once the clearing operations in western Syria are further along and more resources can be allocated to eastern Syria. Hopefully that’s what will happen.