The number of airstrikes of the US-led coalition on terrorists in Syria and Iraq has been significantly reduced in December. 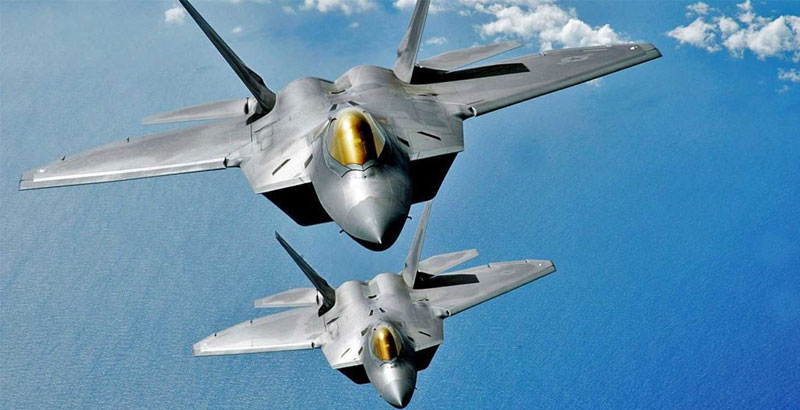 In December, the US-led coalition has significantly reduced the number of its airstrikes on terrorists in Syria and Iraq, the Izvestiya newspaper reported, citing official reports from the headquarters of Operation Inherent Resolve (OIR). The newspaper noted that the effectiveness of the air raids of the coalition is highly questionable, since tractors or even rubbish trucks often become targets for these airstrikes. The coalition’s air power also did virtually nothing to prevent the escape of militants from Mosul to Raqqa.

According to the official reports from the headquarters of Operation Inherent Resolve (OIR), the coalition’s air power has carried out 148 airstrikes on targets in Syria and Iraq in the first ten days of December, while for the same period of the last month, the number of the airstrikes was 220. In this way, despite the ongoing fighting near Mosul and activation of militants in Raqqa, the number of missile and bomb attacks has decreased by about a third. At the beginning of this month, the number of airstrikes on targets in Iraq and Syria did not exceed a dozen per day, and, for example, on December 2, there were only four airstrikes.

It is remarkable that the US-led coalition considers actions of a single aircraft, as well as a massive air raid as an airstrike. According to the reports, massive air raids are now a rarity. The coalition’s air power carries out them only when forces, allied to the US begin some large-scale operation.

Airstrikes against the Islamic State (IS) terrorist group in Syria are mainly carried out in order to support Kurdish units, advancing to Raqqa. So, over the past weekend, ten airstrikes were carried out in the area of the Syrian town of Ayn Issa, located north of the capital of the self-proclaimed caliphate.

As for the rest, single vehicles or construction equipment (trucks, tractors, front loaders, bulldozers and even rubbish trucks) are very often indicated as targets for the airstrikes. Usually, it is reported only that a ‘tactical unit’ was attacked and results of the airstrike are unknown. Moreover, the coalition’s air power hunts mainly facilities of the oil infrastructure and fuel tankers in Syria.

However, the coalition operates differently in Iraq. There, its aircraft carry out airstrikes mainly to support the government forces, operating near Mosul and its surrounding areas. Bunkers, tunnels and field fortifications of terrorists are often included in lists of damaged targets. At the same time, there are no reports that coalition’s aircraft targeted convoys, moving in the direction of Raqqa, although they are a relatively easy target in conditions of the gaunt landscape.

According to experts, the experience of fighting in Syria and Iraq has shown that the air power is not effective without combination of airstrikes with operations of the ground forces. As independent military expert Anton Lavrov told Izvestiya, the reducing of the number of sorties in early December could be connected with sandstorms, which did not let to use aircraft for combat purposes. However, he also noted that it could be just a handy excuse because there was not any impact on militants, retreating out of Mosul.

“There was not intensification of airstrikes, and they reached Raqqa practically without problems,” Lavrov said.

Coalition’s aircraft often fly to patrol a predetermined area, the so-called kill box. And not every sortie is effective, as in Syria (unlike Iraq) they do not have the well-organized intelligence and air controllers.

According to experts, the Russian Aerospace Forces make about 40-60 sorties per day, so, at least twice more than the US-led coalition.

“At the peak of activity there could be up to 100 sorties of the Russian air power per day, but now there are less attack aircraft there,” Lavrov explained.

The obvious support for terrorists by the US and coalition and their obvious assistance for ISIL should be enough evidence for Syria to demand that the US leave their territory either by their free will or force which would be justified and supported by International Law.

Well, thats Your version. You claim they want US out. Assads might not.

Its not even in Your mind even Assads has said so.

If any should leave its Turks and they are asked to from everybody exept some of the most fanatic Turkmen of theirs.

Assad has repeatedly stated Syria is willing to work with anyone who opposes ISIS, including the U.S. It is the U.S. that has refused to cooperate with Syrian forces and will not share intelligence of any type with them. The official stance of the U.S. is that they will fight ISIS wherever they are, whether invited by the host country or not. In other words, the U.S. has openly stated it has the right to violate any weaker nation’s airspace or territory with impunity when it’s fighting ISIS. Assad is in no position to ‘demand’ anything from the U.S. – we are the country most responsible for fomenting the rebellion to have him overthrown. The U.N. is a U.S. lapdog, so any pleas by Syria for relief from U.S. bullying will just be laughed at. It was the U.N. that tried to frame Assad with the chemical weapons false-flag. It’s not like he’s going to waste his time complaining to them about the U.S. – the U.N. is in on it.

But the tractors and rubbish trucks must be gotten rid of. It was reported that air strikes against Iraqi forces went well. Many soldiers lost.

Who knows. …Maybe the US is bombing certain parts of Syria to do Seismic survey oil/nat gas. I worked Northern Canada Seismic for Bendix – United Geophysical out of Pasadena CA. We blew lots of @ up on Seismic : )

During the Vietnam War. …US oil giants were survey the White Tiger Field?…survey the ocean For oil/nat gas… Lots of jets with set fuses bombed the sea : )

“US-LED COALITION FURTHER DECREASES NUMBER OF AIRSTRIKES AGAINST ISIS”…TRANSLATION…US. LED coalition decreases numbers of airstrikes against the IRAQIS ARMY after been expose their double game.

No, it doesn’t work like that anymore. CJTF-OIR assigns specific targets, and aircraft fly dedicated strike missions against those targets. No aircraft fly around looking for targets of opportunity anymore, not even helicopters. Shoulder-fired SAMs make that dangerous and of little value. On rare occasions, strike aircraft are dispatched without specific targets, and will loiter near ground operations ready to provide close air support via requests of a ground controller. The other 99% of the missions are assigned before the aircraft even takes off, based on drone or other intelligence and filtered through layers of approval.