On August 11, warplanes of the US-led coalition dropped thousands of leaflets over ISIS’ pocket in the southeastern Deir Ezzor countryside, in which the coalition called on the civilians to leave the pocket immediately, according to the Syrian pro-opposition blog Deir Ezzor 24.

Local sources said that US-led coalition warplanes conduced several airstrikes on the last strongholds of the terrorist group along the eastern bank of the Euphrates River in the last 24 hours.

Last month, the Syrian Observatory for Human Rights (SOHR) reported that the US-led coalition deployed several heavy weapons around ISIS’ pocket in the southeastern Deir Ezzor countryside. Several units of the US-backed Syrian Democratic Forces (SDF) were also deployed on the frontlines with the terrorist group, according to the UK-based monitoring group.

The US-led coalition and the SDF will likely launch an large-scale offensive on the remaining positions of ISIS in the southeastern Deir Ezzor in the upcoming weeks. The city of Hajin is considered the main target of the coalition and its Syrian proxies.

It’s for carpet bombing, they’re letting the world know how much they care for civilian life, but do they?

SAA too drops similar leaflets before major offensives, but there’s a difference. SAA and allies clear the area with soldiers, the US coalition of terror does that by bombing and annihilating everything.
Now with these leaflet dropping I’d say the chance of ISIS letting civilians leave the area is extremely slim, they’ll hold them at gunpoint. The Americans know it but with this move, they’ll pretend they did everything in their power to prevent the loss of innocent lives.
Newsflash ar$eholes, you can’t beat an enemy into submission by carpet bombing (or as you put it, area bombing but it’s real name is terror bombing). Syrians, Hezbollah, PMU, Russians and Iranians are serious about cleaning the mess you created, that’s why they sacrifice their lives to destroy terror groups, not burning all there is from afar.

Nah, it’s probably telling their ISIS vermin to meet the helicopters at the re-arranged location.

PS Dont forget the Palestinians on our side.

You’re being too hard on my US masters, Garga. ‘Official notice’ via air-dropped pamphlets worked perfectly well in Fallujah, Mosul and Raqqa – NO civilian casualties!

Well, maybe a couple… but they were warned so it’s not our fault. We’re the f’king heros here! Bonus: video clips of a cell of B-52s unracking hundreds of bombs on head-choppers (and other unfortunates) is always great for cable news ratings and military recruitment. That’s what this war on ISIS needs: ARCLIGHT and some Ban Laboy Ford-level victories. We kicked that river crossing’s ass!

As I don’t know you, I will need you to confirm that this is sarcasm before I give it a like :)

No, it’s not. We really, honestly DID kick that river crossing’s ass. Damn communist gravel bar! It was one part of the Ho Chi Minh trail in Laos. Well, not the village and civilians next to it, but they were warned! I think. Maybe not, but after the fifth cell of B-52s, they should have figured it out.

One of the U.S. Air Force’s proudest achievements – and we weren’t even at war with Laos. God bless America! 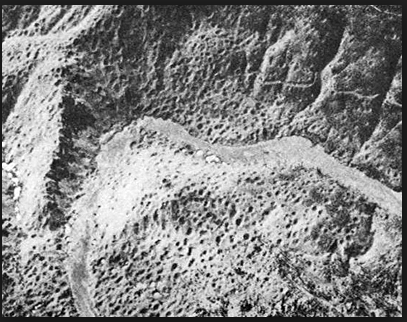 Looks like they hit an underground munitions depot. Hope the big building was full of ISIS fighters.

The ISIS we fostered, funded and armed, that is a direct result of our regime change/hegemonic projects in the region.

Leaflet campaign by USA and puppets France and Britain is useless.The truth is ISIS always keep civilians as shields,so USA wants to Wipeout local native tribes to create Kurdistan. No single ISIS members will be killed their about to be rescue with USA helicopters.USA and SDF=ISIS used to killed civilians in Raqqa and label dead bodies as ISIS and dump in mass Graves.Stupid USA criminal UN body were crying about Idlib.What bombing by Russia and Syria no why are their puppet criminal UN not stopping their USA boses.

They want to create a justification for mass murder and destruction,by sending miserable leaflets to helpless civilians who have nowhere to go.

yes this time they drop the leaflets, before they bomb them, not after.