The US military has denied that US-led coalition warplanes were repsonisblie for killing over 40 civilians in the Deir Ezzor province on Sunday.

According to the statement, US-led coalition airstrikes didn’t hit there area where the incident took place.

“We did not conduct strikes during the time period of alleged civilian casualties,” US Army spokesman Colonel Ryan Dillon told Reuters.

On Tuesday, Syrian Foreign Ministry blamed the US-led coalition for heavy civilians casualties as a result of its airstrikes in the provinces of Deir Ezzor and Raqqah.

“Foreign and Expatriates Ministry on Tuesday described as “blatant aggression against the Syrian people and flagrant violation of Syria’s sovereignty and territorial integrity” the illegal US-led coalition airstrikes which killed dozens of innocent Syrian civilians in al-Ekirshi village in Raqqa province and al-Boukamal in Deir Ezzor.

“On May 15th, 2017, the illegal US-led coalition killed more than 26 people in al-Ekirshi village in Raqqa province,” said the ministry in two letters addressed to the Secretary General of the United Nations and Chairman of the UN Security Council, adding that “the death toll is expected to rise due to the number of severely injured civilians and the huge destruction caused by the US-led coalition attack to the houses,”” the Syrian state-run news agency SANA reported.

The reason the State Dept. brought up the Sednaya torture center into the news cycle is to distract people from noticing the US Coalition killed many innocents. 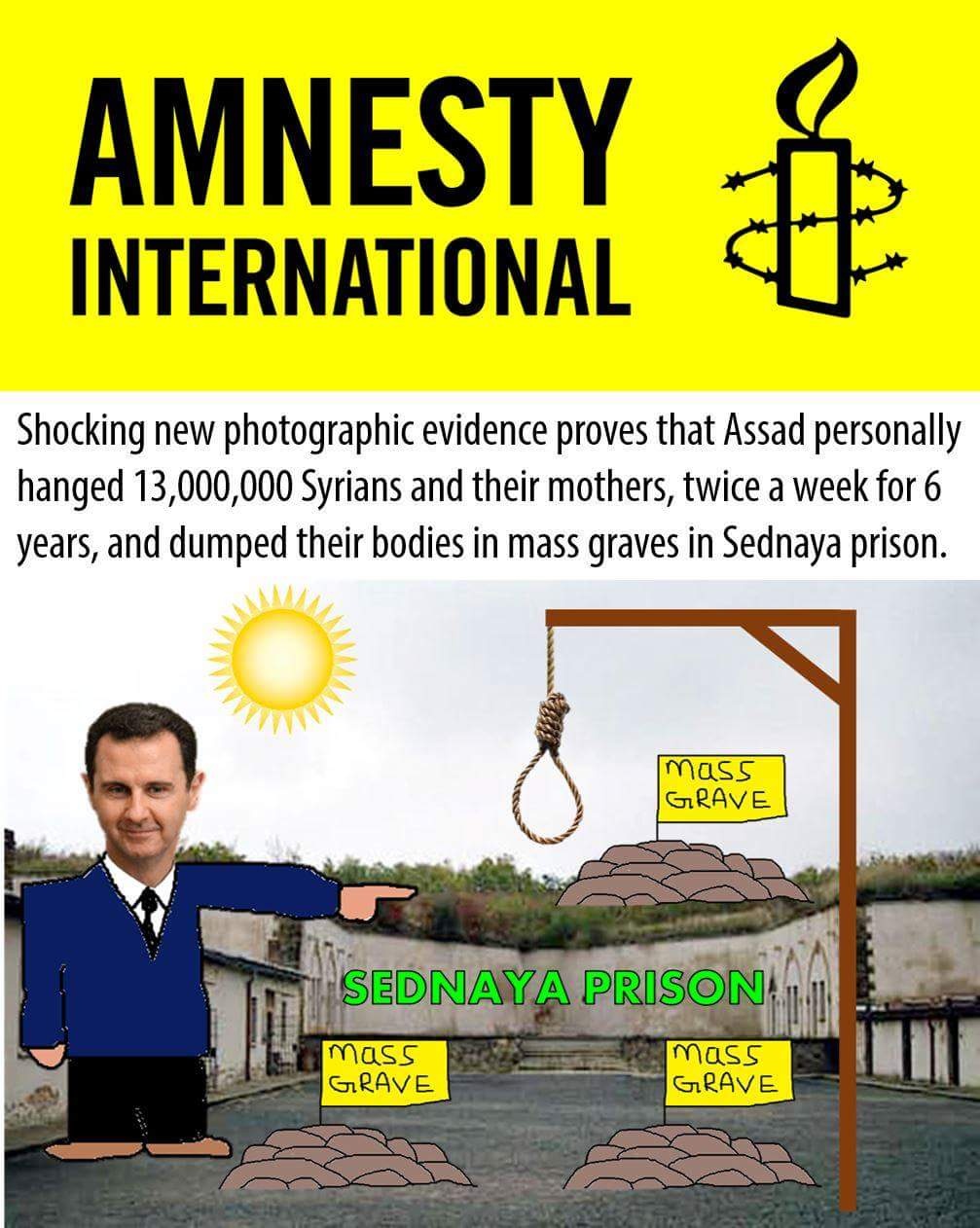