A spokesman for the US-led coalition denied the bombing of coalition warplanes of the Syrian Arab Army (SAA) in the western Raqqa countryside. According to the statement, circulating claims about a new US-led coalition attack on the SAA are untrue.

On Saturday, some opposition sources published reports that US-led coalition warplanes bombed a convoy of the SAA Tiger Forces moving to areas controlled by the Syrian Democratic forces (SDF) in the western Raqqa countryside, and destroyed it entirely. At the same time, pro-government sources spoke of what it called “warning air strikes” by the US-led coalition against the SAA.

The SAA and the Tiger Forces didn’t intend to attack the SDF positions in the vicinity of Raqqa. In the beginning of 2017, the SAA and SDF launched an coordinate operation against ISIS in the eastern countryside of Aleppo and captured large areas, most notably Manbij and Deir Hafer and despite the fact that there are dozens of kilometers of frontlines between the side, there have been little problems between them at all.

expect lots of this bullshit in the coming weeks.

Yup, both sides will bomb each other, deny it, and blame the other side, just to grab that last hill, town or oil rig as a bargaining chip, or to strengthen their geopolitical position.

Dis info and fake stories for sure.
I smell a Turkish/FSA skunk at work.

YOU ARE FSA skunk!!! You welcomed FSA in al tanf!!!

I also helped to plan the logistics and supply for this desert base.
The FSA dogs seemed to be rather hungry and thirsty, they said thank you in Arabic, but then ran back into their tents to hide. :D
Check this out Solomon, a new type of TIGER SPAM 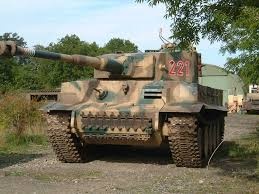 you can put your idiot pictures, you show, that you are only 2nd class being.

yep. something like “The tigers were coming this way with a convoy but it was wiped out so they ain’t coming anymore”. The effect on the people on the ground is the same, there is no convoy in both cases : )

Please, SouthFront, be professional: Don’t publish any propaganda BS by Zion. What about this is so difficult?