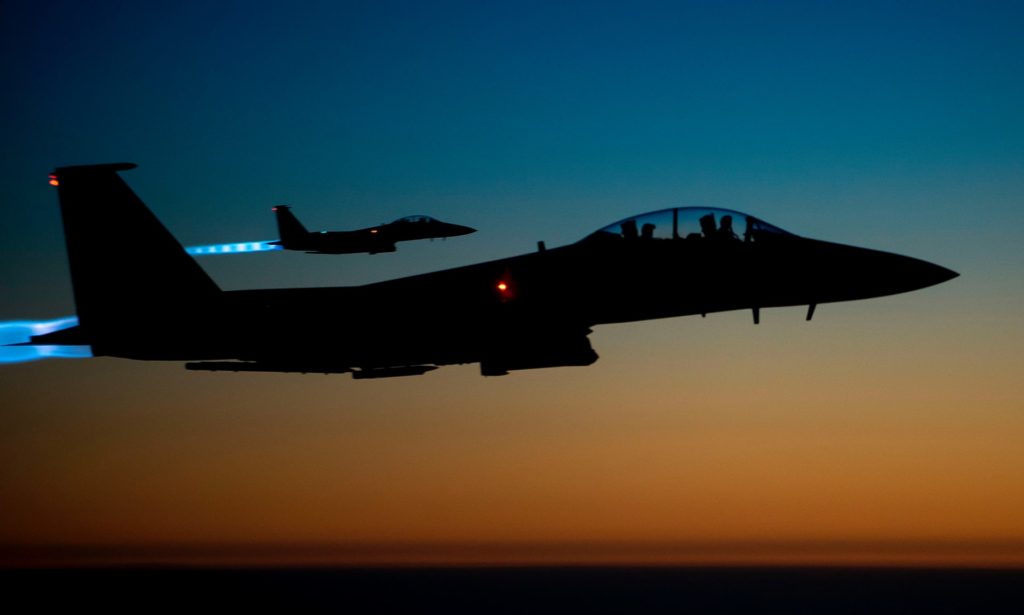 “The Coalition conducted a total of 29,358 strikes between August 2014 and end of April 2018. During this period, based on information available, CJTF-OIR assesses at least 892 civilians have been unintentionally killed by Coalition strikes since the start of Operation Inherent Resolve.

In the month of April, CJTF-OIR carried over 476 open reports from previous months and received four new reports. The assessment of 159 civilian casualty reports have been completed. Five reports were determined to be credible, resulting in nine unintentional civilian deaths, while 149 were assessed to be non-credible and five to be duplicate. A total of 321 reports are still open,” the statement said.

It’s interesting to note that the US-led coalition described 149 reports about civilian casualties on casualties as a result of its actions as false.

Furthermore, 321 erports of the 476 existing are still open. So, casualties from these reports are not included in the provided number.

“US-led Coalition Confirms 892 Civilians Were Killed In Its Operations In Syria, Iraq Since 2014”

JUST LIKE THAT… And it seems normal for them https://pbs.twimg.com/media/Dd5nFjFV4AAFfSK.jpg

I wonder if SF and Russia will be near as brutally honest about civilian casualties on theur side. After all, they did saturate Gouta in enough explosives to conditions to make a WWII vet cringe.

More was done about civilian casualties, then your Yankee friends in Raqqa, Falluja or Mosul, or your Israeli friends in Gaza, you sack of shit.

You can’t make an omelette without breaking some eggs. Jihadis LOVE to hide behind civilians and then cry ATROCITY when attacked. In which case you just have to accept that some civilians will die. In which case the only way to minimize civilian casualties is to get it over with ASAP. In the end the battle of East Ghouta was over though in a fraction of the time it took the US and its backed forces to take both Raqqa and Mosul. And there was a hell of a lot less media coverage and outrage over Raqqa and Mosul. Because ISIS does not have a Western paid media service called ‘White Hats’ conveniently embedded among them.

what a load of crap. Even the late dutchnational wasn’t as mentally corrupted as you.

there is nothing honest about the US these days, it’s a compulsive liar that lost touch with reality.

“Syria and Russia in gouta”

Not even comparable. The US has launched depopulation campaigns in Raqqa and Mosul, to destroy the countries who stand to Israel.

This means that the US mission IS to kill civilians and destroy countries, nothing less than what they did in ww2 and then in yugoslavia 1999.

Which is very different from collateral damage, something that Syria and Russia went to extreme lengths to avoid, and for which many Syrian soldiers lost their lives liberating Aleppo, Deir Ezzoir, Ghouta and Palmyra.

Yes you are right there…

Liar, liar ….. killed ten times more in Mosul alone…. before invading Syria where tens of thousands have been killed. Most of the cites destroyed still have the bodies in the rubble.

now the amercans want us to believe, that their maths are as bad, as their single cell amoeba brains. Even lately I been wondering whose the lowest mentality amercans or the brits with their scam about the scibals or the latest brit copycat, of the ukranians.

So where are the Smart bombs?Or is it as most people believe,deliberate murder and destruction, as one American scumbag once said,,We had to destroy the village to SAVE it.That’s zionism in a nutshell.

the number is much larger, in fact they have admitted “at least” 892 civilians killed, a number that could easily be 10 times larger and more, considering the carpet bombing campaigns they performed on Raqqa and Mosul.