On October 24, dozens of civilians were killed and injured in the ISIS-held town of al-Susah in the Euphrates Valley as a result of a new wave of airstrikes by US-led coalition warplanes, according to the Syrian Arab News Agency (SANA).

“Warplanes of the international collation, allegedly fighting ISIS terrorists, carried out several airstrikes on the neighborhoods of the town of al-Susah and its surroundings in the southeastern Deir Ezzor countryside, one of the airstrikes destroyed a citizen’ house,” SANA quoted a local source as saying.

Last week, more than 60 civilians, including women and children, were killed when US-led coalition warplanes bombed a mosque and several civilian buildings in al-Susah. Later the coalition claimed in a press release that the mosque was being used by ISIS as a “defensive fighting position and command center.”

The new crime comes as the US-backed Syrian Democratic Forces (SDF) are attempting to impose control of al-Susah. The US-led coalition likely stepped up its airstrikes to facilitate the attack on the town. 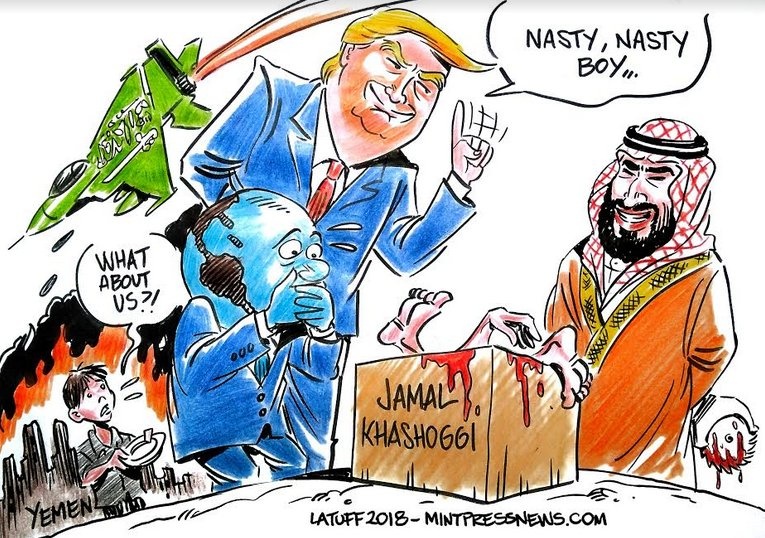 UN is now a “captured organization” with Antonio Guterres taking his $230 million cheque from MBS/Murderer/Beastly/ Serpent./ So, do not think USA will ever be brought before the ICC for their War Crimes going back to 1952 to the present>

If we break it, we own it. Therefore we Americans have the right to defend ourselves on our own soil.