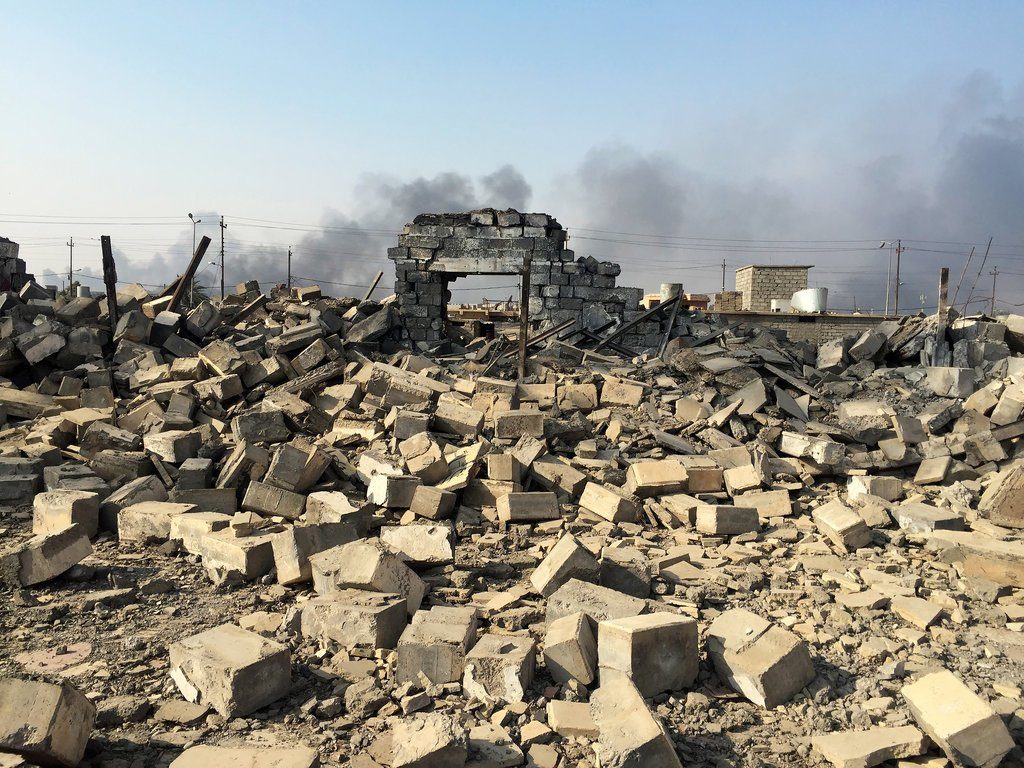 In a report released on November 16, the US newspaper New York Times revealed that one out of every five strikes of the US-led coalition against ISIS resulted in civilian deaths.

The New York Times investigated the US-led coalition claims on the ground and visited the sites of 150 airstrikes in three areas in northern Iraq between 2016 and 2017. The New York Times journalists met with relatives of victims who were killed in the airstrikes.

As a result of its investigation, the New York Times found out that the real rate of civilian causalities was up to 31 times higher than what the US-led coalition admitted.

The US-led coalition claims that only 89 airstrikes out of 14,000 conducted against ISIS since 2014 had resulted in civilian casualties. The New York Times investigation said that civilians were killed in 2,800 airstrikes of the coalition.

The New York Times accused the US-led coalition of not mentioning many civilian victims in its reports and even of considering some airstrikes victims “ISIS supporters”. The New York Times report provided many examples of such cases.

In another report of the New York Times (29 May 2012), the newspaper accused the Obama administration of embracing a disputed method for counting civilian casualties. Several administration officials said that the method counts all military-age males in a strike zone as combatants, unless there is explicit intelligence posthumously proving them innocent.

The New York Times report raised some serious questions about the ethics of the US-led coalition war on ISIS. Especially after the BBC  revealed a secret deal between the US-backed Syrian Democratic Forces (SDF) and ISIS, which allowed hundreds of ISIS fighters escape from Raqqa.

The coalition air strikes are the Zionist America air strikes. They have intentionally killed Syrian, Iraqis, Yemenis, Afghanis etc. All nations should stand together against American coalition forces and save their nations and countries. God help those who help themselves.

Looks like the NYT will not be getting its allowance for the month.

I wasn’t aware the US led coalition had ethics to question.

No wonder. The whole idea is cleansing Syria by mass genocide.

Even the revised NYT number is low but at least they didn’t take the absurd Pentagon number at face value. How can the Pentagon even toss out such an absurdly low number, answer, a totally gullible MSM. Had the Pentagon tried to say this during the Vietnam era, the guys doing the press release would have been laughed at as soon as they finished their sentence.