A major military exercise was started by the US, the UK, France and Australia just 50 miles from the Iranian coast. 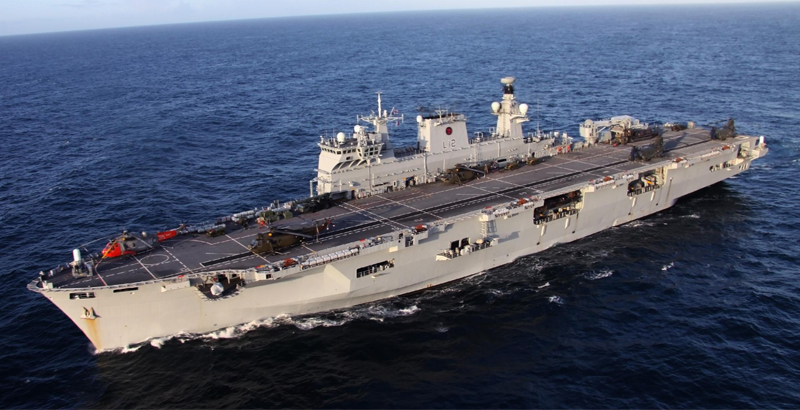 Amid rising tensions between the US and Iran, 17 ships from the US, France, the UK and Australia started a major military exercise, dubbed ‘Unified Trident’, just 50 miles from the Iranian coast, the Breitbart news website reported. The three-day exercise was launched last Tuesday and “focused on defeating and deterring a fictitious enemy force.”

Reportedly, the group included the French FS Forbin destroyer, US USS Mahan destroyer and the Australian HMAS Arunta destroyer, each of which carried about 300 sailors, as well as the Aegis supply cruiser, patrol boats, Coast Guard cutters and mine sweepers, and was led by the British HMS Ocean amphibious assault ship, which carried about 750 personnel, including 150 Royal Marines. A small group of journalists was onboard of the USS Mahan and had a chance to observe the exercise.

According to the exercise’s logistical planner, British Royal Navy Lt. Cmdr. Ant Wallace, the drill was not “a show of force to the Iranians at all.”

“The reason we’re doing this exercise, and I’ll stress this over and over again, is because it’s easier to do here than it would be anywhere else … The fact that it’s in the Arabian Gulf [the Persian Gulf] is coincidental, really,” Wallace told journalists on the first day of the exercise.

Commanders of the ships stressed that the exercise, which had never been done before, was a chance to enhance cooperation and work on their mutual capabilities.

However, two fictitious regional rivals, Redland (RL) and Grunland (GL), which bore close resemblances to Iran and the US, were featured in the exercise.

As the Tehran Times newspaper reported, commander of the Iranian Navy Rear Adm. Habibollah Sayyari slammed the exercise in advance, warning that “they would not dare enter Iran’s territorial waters. However, Iranian boats were not seen during the drill.

Reportedly, the exercise was planned about nine weeks ago, but coincided with the last week’s escalation in tension between the US and Iran, as well as underscored the growing risk of a potential military conflict between the countries.

Last Sunday, before the start of the exercise, Tehran conducted a ballistic missile test. Last Monday, a boat of the Houthi-Saleh alliance rammed into a ship, belonging to Saudi Arabia, a US ally in the region.

Last Wednesday, National Security Adviser Michael Flynn said Washington was officially putting Iran “on notice.” The day later, US President Donald Trump said that “nothing’s off the table,” when he was asked about a military response to Iran. Last Friday, the Washington imposed new sanctions against Tehran, while Iran announced that it would not allow US wrestlers to enter the Iranian territory to participate in a tournament, after Trump barred visas from seven nationalities, including Iranians. On Saturday, Iran changed its decision on US wrestlers, but launched its own military exercises.

According to some experts, actions of the Trump’s administration are putting the US on a “dangerous escalatory path with Iran without any diplomatic approach or exit strategy.” At the same time, others believe that “not responding out of fear of escalation only plays into Iranian hands.”

Hmm… so the Iranians conduct military drills on their own territory and its ‘saber rattling’ while the U.S. conducts military drills 6,000 miles away from our shores and it’s butterflies and rainbows. It’s so childish and provocative to try to rename the Persian Gulf to the ‘Arab Gulf’, what’s next, is the South China Sea going to become the Japanese Sea?

Iran spends some coin on a few missile tests, And Empire spends huge coin per hour….while wearing down its military assets.

Just don’t stray into iranian waters because you will be apprehended again and forced to apologise in a video.

And Argentina had only a few Exocet missiles …10?

Opps ….Sorry Britannia bring all that up again : )

For the time being UK’s leaking aircarrier is in no danger at all.

USA is diverting world attention away from Jerusalem decisions.