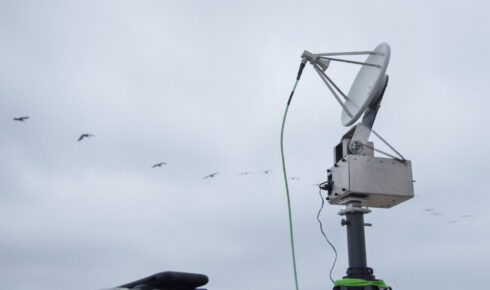 According to the report by Aviation Week, the U.S. has sent threat-emitters to Ukraine to “scare away” Russian aircraft. The joint threat emitter (JTE) air defense simulator developed by Northrop Grumman Corporation creates special signals that simulate the operation of air defenses aimed to confuse Russian aircraft.

JTE is a mobile air defense electronic warfare threat simulator that provides high-fidelity replication of surface-to-air missiles and anti-aircraft artillery threats for aircrew training, according to Northrop. It is easily relocatable, reactive to aircrew and aircraft for fast jet, fixed-wing and rotary-wing defensive measures, and can be rapidly reprogrammed with new threat parameters.

The system offers realistic effective radiated power levels that has the capability to simultaneously simulate different types of threats in the surface-to-air missile family, including those categorized as single-digit and double-digit threats.

By May 2019, the USAF deployed 30 of these systems both in the US and around the world. 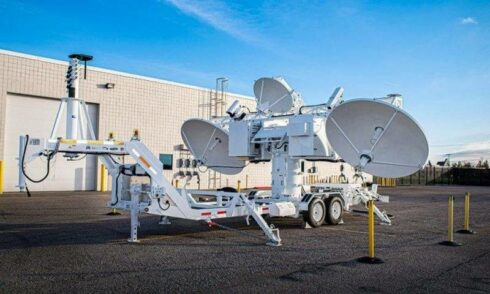 The Kiev regime is begging its Western patrons for the most modern weapons but the aid packages often include outdated or irrelevant weapons. The JTE was likely supplied instead of Patriot air defense systems about which Kiev dreams so much.

Two emitters of signals that stimulate the work of air defense cost the Pentagon only $ 10.4 million, which is significantly cheaper than any real air defense complex.

The JTE was created for training purposes. It is aimed to help pilots learn how to bypass enemy air defenses. The Pentagon decided to test this system in the real combat operations in Ukraine. So far, the effectiveness of the JTEs on the front lines is yet to be verified.

It seems that the simulators may confuse Russian pilots. However, according to military sources, they are unlikely to be effective against Russian high-precision missiles and UAVs.

Signals gradual hardening of Ukrainian targets. Every new weapon makes it more difficult for Putin to crawl out the ring.

The Objective
Reply to  LoveTheSmellOfBurntUkrainian

You guys haven’t won in 10 months despite the pre-war hyperbole.

Mary Phagen
Reply to  The Objective

Took USA 9 months to find Saddam and then USA had to leave with tails between legs after 15 years.

wrong. All Iraq tax oil receipts still banked at the Federal Reserve Bank of NY. USA can cut off Iraq Government money as they did when Afghanistan government changed to the Taliban. USA still owns Iraq like a 19th century resource colony.

I’m going to agree with Leviathan on this one. Iraq needs a liberation.

No need just sent cheap suicides drone to destroys both of them.

Very soon, this will be garbage in the trash. Please, send more funny things to the nazi-Ukraine.

Calm down everyone, it was never used for such purposes so they are just testing things.

Well, what a nice target. Basically a sitting duck.

Their other air defence systems worked well so far…no? Surely this one dose something.

Maybe it can simulate it’s own destruction and a it’s replacement cost again to taxpayers.

It’s a good idea. I’ve heard that pilots get very nervous when they detect a signal lock.

But Christian have you thought about it? Ukraine is leaking air defence systems and fighter jets, and Russia jets are not operating deep into Ukraine but at front lines as air support for ground troops. The US/NATO MANPADS is the only thing that could be a worry for Russia pilots (ofc Russian pilots are still worry about ghost of Kiev).

During Vietnam war the US air force got destroy but by what?

By Vietnam’s jets? No.

Because the American pilots got sacred by a signal lock? No.

The US air force got destroy by Soviet air defence systems. Now the Russian side know about the real and fake threat in Ukraine. How many of these systems Ukraine getting? Trust me not many, and most of them stay deep in Ukraine because they don’t want Russia to find those systems and destroy them, it would be bad PR for the US.

Now tell me why would they send this system to Ukraine and not a real air defence systems (BTW they did)? They are report about the US is taking their air defence systems from Middle East to send them to Ukraine. It is PR move and nothing more, they only thing that goes that far deep in Ukraine are missiles and drone… it surely going to sacred those drones and missiles away.

American Patriot missiles are worthless and the Yanks know it-they won’t bring them to a war theatre cause if they do no one will ever buy the junk.

Once on the 60’s advertising drama, ‘Madmen” a new client Northrup Grumman who makes bombs came to the agency.

The sharp witted advertising executive ,after a briefing by Northrup, commented, “A bomb is the perfect product-Extraordinarily expensive and can only be used once.”

Built by American fatasses, might still have hamburger crumbs on the trailer…

We totaly have more of those air-defense things comming your way… here are some dummy defenses! Now I’m just going to go over there for a while and I’ll be right back!

Either this is the prelude to them backing out of this, or it’s the prelude to a real invasion, and the dummies are actually the harder-to-hide parts of their latest gen defenses disguised as “dummies”. The “It’s a decoy” a cover story.

The secound sounds like the far more likely. Please remember to also nuke Stockholm when this thing finaly goes critical…

And this works? Despite the fact that the source of the signal don’t move? I see.