The US and Japan have agreed to strengthen their security alliance in the Asia-Pacific region, China has responded on plans to deploy THAAD in South Korea. 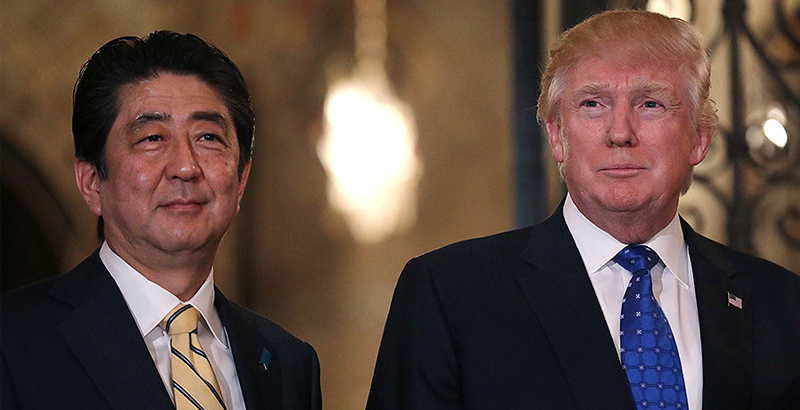 According to China’s ambassador to Japan, Cheng Yonghua, Beijing is deliberately portrayed as an enemy of the US and Japan in order to explain away strengthening the security alliance of the two countries. The diplomat also expressed dissatisfaction with the latest attempts of Washingtin and Tokyo to contain China’s regional ambitions and their “Cold War mindset.”

“It sounds as if Japan and the United States are purposely taking China as their enemy and saying ‘Let’s join hands and go at China’,” Yonghua said on Friday.

As the Kyodo news agency noted, the official also criticized the agreement on further enhancing of the bilateral security alliance of the US and Japan, stressing that such diplomacy contradicts Tokyo’s promise to improve relations with China. According to Yonghua, the Japan-US alliance develops in a “clearly a Cold War mindset.”

“Frankly speaking, I am dissatisfied with what the Japanese side has been doing since January,” the diplomat said, talking about Chinese-Japanese relations.

In February, US President Donald Trump told Japanese Prime Minister Shinzo Abe that the US is going to maintain the long-standing security alliance with Japan, in particular, when it comes to disputed islands in the East China Sea. The Japanese leader also promised that his country would continue to play a “greater role” in joint defense and security operations.

As the Nikkei newspaper reported, this week, Trump’s national security adviser Herbert McMaster and head of the secretariat of the Japan’s National Security Council, Shotaro Yachi, met in Washington and, reportedly, reached an agreement on closer collaboration in the Asia-Pacific region, as well as discussed the China’s territorial claims in the East and South China seas and the North Korea’s nuclear threat.

Meanwhile, a number of Chinese media outlets reported that on Thursday, the China National Tourism Administration (CNTA) held an official meeting with Beijing tour operators in order to inform them that starting this month, Chinese citizens wishing to travel to South Korea will not be able to book trips through travel agencies.

As the Financial Times newspaper reported, citing a source privy to the CNTA instructions, Chinese tour operators must clear all the pre-purchased tours on sale by March 15, otherwise they will face fines, and even potential closure. Director at South Korea’s Culture Ministry, Wang Ki-young, told the newspaper that initially, the ban will target only travel agencies, located in Beijing, and then it will be rolled out across the country.

The plans still have not been officially confirmed by China, however, the country has indirectly hinted that relations between the two Asian countries are suffering due to plans to build Terminal High Altitude Area Defense (THAAD) on the territory of South Korea.

“Rather than making speculations out of thin air or filling oneself with suspicions, it is better to heed the voice of the people and take effective measures to avoid affecting China-Korea relations and bilateral exchanges and cooperation,” spokesman for the Chinese Foreign Ministry Geng Shuang said with regards to the connection between the rumors and THAAD.

According to the Korea Tourism Organization (KTO), last year, the country was visited by over 8 million Chinese citizens, who comprise about half of the entire tourist total. Seventy percent of them came on just the type of organized trips that have now been outlawed. More than $7 billion were spent by the visitors in duty-free shops alone. The KTO believes that even a 50 percent fall in the number of tourists will lead to an annual loss of $10 billion for South Korea’s tourist industry.

Suggest that China drops N. Korean sanctions in protest and start supporting them.

apparently you are worse. SK Troll?

Who said Israel must abandon their nuclear weapons?