According to White House press secretary Sean Spicer, Washington is ready to cooperate with any country, including Russia, to fight against the Islamic State (IS) terrorist group. 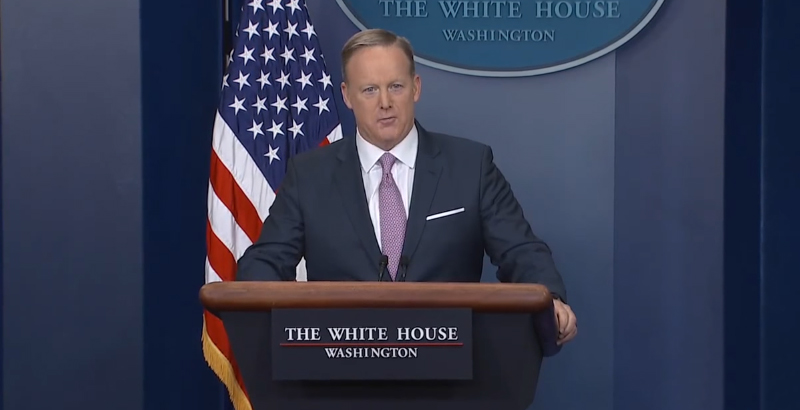 The US is ready to cooperate with any country, including Russia, in the fight against the Islamic State (IS) terrorist group, White House press secretary Sean Spicer said.

“I think if there’s a way that we can combat ISIS with any country, whether it’s Russia or anyone else, and we have a shared national interest in that, sure, we’ll take it,” Spicer said, answering the question about a possibility of co-operation with Russia and joint military operations against terrorists on the Syrian territory.

Will remind, during his inauguration, US President Donald Trump said that he intends “unite the civilized world against radical Islamic terrorism, which we will eradicate completely from the face of the earth.”

Commenting on the Trump’s words, press secretary the Russian President, Dmitry Peskov, noted that Russian President Vladimir Putin “repeatedly said that there is no alternative to cooperation in the fight against terrorism and no possibility for a single country to deal effectively with the deadliest challenge of the XXI century.”

If they cant co-operate on anything else, they need to put their differences aside on this issue and hammer out a deal.

Sorry you are correct, I meant state department, my bad.

Holy crap, the Neo-Cons in Congress/ State Department/ Pentagon/ DC think tanks, are going to be losing their minds… :)

at what minute he sais that?

If not….he’s full of it…….Saying He will eradicate Radical Islamic Terrorism.

If Trump is going to slug it out with Islam….it’s high fives from the Pope and Israel.

Another Crusade…….except Israel is exempt.