On February 2, US Treasury Secretary Steven Mnuchin announced that the US had imposed new sanctions on six figures and seven firms allegedly linked to Lebanese Hezbollah. The sanctioned figures included five Lebanese and one Iraqi who are linked to Al-Inmaa Engineering and Contracting. The seven sanctioned firms are based in Sierra Leone, Liberia, Lebanon and Ghana.

“The administration is determined to expose and disrupt Hezbollah’s networks, including those across the Middle East and West Africa, used to fund their illicit operations,” Treasury Secretary Steven Mnuchin said in an official statement, according to Reuters.

An unnamed US official told reporters at the White House that the new sanctions are a part of the more aggressive policy against Hezbollah that has been adopted by US President Donald Trump Administration, according to Reuters.

The official also claimed that the Lebanese party is currently facing financial pressure due to its “costly” operations in “Syria and Yemen” and hoped that European countries will join the Trump administration and “increasing pressure” on Hezbollah.

The Trump administration imposed several sanctions on Hezbollah on October 26, 2017. The US also has been recognizing the Lebanese party as a terrorist group since 2005 although that the political wing of Hezbollah has twelve representatives in the Lebanese Parliament and two ministers in the country’s government.

Lebanese experts also believe that Hezbollah represents most of over one million Lebanese Shiite. Due to this, many Lebanese believe that the US policy against the entire Hezbollah party, not only its military wing, is aimed against a specific religious sect in the Lebanese community.

From its side, Hezbollah leader Hassan Nasrallah has said on many occasions that while these US sanctions could affect the Lebanese economy, they have no effect what so ever on Hezbollah as the group “receives its money the way it receives its weapons.”

US Imposes New Sanctions On Several Firms And Figures Linked To Hezbollah.

After Trump Jerusalem decision Mahmoud Abbas should issue Fatwa by Islamic clerics that a country will be an enemy of Islamic religion and of Muslims who have diplomatic relations with Israel and US and have recognized the state of illegal European migrants (Israel) which is a Zionist terror headquarter. Send this letter to all world leaders by post as well as on social media.
————————————————————————————————————————————–

Why are you posting this disinfo? 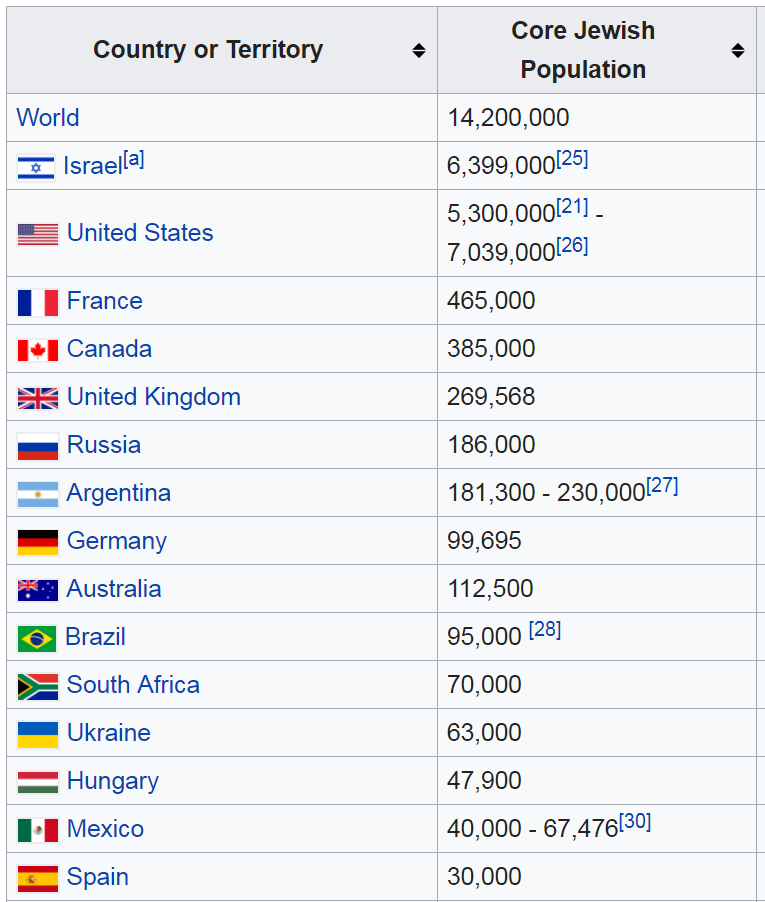 The Zionist terror network headquarter (Israel) established in 1948 by illegal European migrants in Palestine. Israel each year violently persecute thousands of civilians in Palestine. Each year Israel kidnap thousands of adults and kids from the streets and then smuggle them to different groups in Middle East. Israel each year Hundreds of villages and towns first evacuate by gunpoints and then demolish it and instead new buildings they erect.

Peaceful protests with flags, banners and placards is the legal right of all civilians. Anger eat wise. Anger is the sign of failure and frustration. Palestinian youths should not react with stones and knives but remain calm. Indeed soon Palestine will be freed. For a strong nation Education, unity, journalism, justice and a strong young qualified, English spoken leader, is very important.
————————————————————————————————————————————

Since 1917 to 1920 Palestine was under British occupation. Then on 1 July 1920 the British regime handed over Palestine to its own Zionist minister the Herbert Samuel the first high commissioner to Palestine. Then in 1948 the British regime handed over Palestine to the illegal European migrants called Israel, who established headquarter of the Zionist terror network in Palestine. So Palestine in 2018 is still under the occupation of illegal European migrants.

Israel is a Zionist terror network headquarter established in 1948 by illegal European migrants in Palestine. Israel have kidnapped a 16 year old Palestinian youth Ahed Tamimi and her parents by gunpoints. Nobody knows where they are now. Each year Israel kidnap thousands of adults and small kids from the streets and then smuggle them to different terror groups in Middle East. This terror network uses air strikes on the citizens of the Middle East to protect and expand their terror network headquarter.

You need to stop posting these comments all the time as you will push people away, it doesn’t help it any.Problem is it will harden everyone to your message at the crucial moment when it should be told, by then you will have alienated your message. These things are basics in English literature classes or even Journalism, you always need to pick the right spot for your point,rather than try to fight it everywhere.

Here the subject is Lebanon and Hezbollah and not Palestine, when the subject arises then bring it up then but never overboard.

Excellent Rob and in fact I posted same from Abby, on a couple of other sites, a few weeks ago.

Keep up the fight

New York City: 10,000+ Jews Against Israel (U.S. Media Blackout)
Ultra Orthodox Jews who campaign against Zionism and demand for the immediate dismantling of the state of Israel.

I assume this was during Bibi’s visit under Obama. I remember reading about this protest. I doubt these are “ultraright” or ultra anything. They simply believe their scripture, which says that the Jews had no right to return to the land from which they were expelled.

Jews are those that follow and believe their holly scripture. Nowadays how many nations follow and believe their scripture 1%. People pray just a habit not as a religion that they are now standing in front of God and talking with him even they don’t understand that what they are demanding from the God. I asked from many religious people and they told me we don’t understand that what we are saying in front of God.

The Zionist terror headquarter Israel is built up by illegal European migrants. They don’t have any religion or believe. They are not Jew. Israelis abuse Jewish people and Jewish religion. Israel believe that Jewish religion is just wastage of time.

Seriously Rob – shitposting your messages over and over and over will not convince anyone of anything. You have successfully trained everyone here to automatically ignore your incessant wallpapering whether they are pro-Palestinian or not. You’re being entirely too rude here – is that intentional? Calm the fuck down or we’ll have to conclude you are a Hasbara intentionally trying to disrupt the board.

He’s a disruptive disinfo troll mixing truth with lies to degrade the threads. It wouldn’t surprise me if he’s a crazy Jew liar.

All the more reason to BOYCOTT the zionist ,talmudic,racist occupiers in PALESTINE.

Gℴogle pays every one 97 dollars per/hr to complete few services online .. Work Some few hours daily and live happy greater time with your family … any individual can also join this simple job…on Thursday I got a latest Land Rover Defender after just earning $9908 this four weeks .no doubt it is the easiest job however you can now not forgive yourself if you do not take a look at this.!xw802r:➻➻➻ http://GoogleNetJobsHelpFinanceReportsOnline/online/easytasks… ♥o♥♥♥c♥♥♥o♥♥b♥♥♥w♥o♥♥n♥g♥♥♥v♥r♥f♥m♥♥♥c♥♥t♥♥a♥♥♥q♥v♥♥♥c♥x♥♥v♥i♥p♥m♥f♥o:::::!ee951z:lnsmks

Yes you are absolutely right.

The Jews are obviously behind this action against Hezbollah. If there’s one lesson that history teaches, it’s that Jews and Judaism are a problem:

“Jewish population centers have shifted tremendously over time, due to the constant streams of Jewish refugees created by expulsions, persecution, and officially sanctioned killing of Jews in various places at various times. In addition, assimilation and forced conversions have also impacted Jewish population sizes throughout Jewish history.

The 20th century saw a large shift in Jewish populations, as a result of large-scale migration to the Americas and to Israel due to pogroms in the Russian Empire followed by the Holocaust. The independence of Israel sparked mass emigrations and expulsions of Jews from the Arab world.

Today, the majority of the world’s Jewish population is concentrated in two countries, the United States and Israel.”

Anyone who says Iran — and not Saudi Arabis — is the “biggest state sponsor of terror” is an idiot and doesn’t deserve to be heard.

Iran is the axis of evil and the worlds terrorist nation no.1 and have developed 95% WMD which are going to wipe Israel, USA and innocent Saudi royal family off the map if we dont do something now…………………………………………………..and this is not something we think.

So who supports ISIS and Al-Qaeda?

The jewish ‘master race’ has its way once again. And Putin was kissing the backside of the ‘king’ of the jews only a few days back. And what was Russia’s reward? American jews publishing the ‘Kremlin List’ demonising every successful Russian, and jewish run Google now forcing a message stating that the following is Russian propaganda before every RT video on that service.

So what exactly does Putin earn from his sickening subservience to the ‘tribe’? Russia’s ‘allies’ Iran and Hezbollah ever more threatened by the depravities in the USA and Israel. Rotten ‘intelligence’ from Israel about the West that the Deep State KNOWS is being leaked to Russia.

Organised world jewry makes it very clear what it thinks of Russia- and it is not for nothing that they see to it that Putin is painted as the new ‘Hitler’.

Jews across the planet are boasting that their next genocidal war will murder hundreds of thousands in Lebanon, with the full backing of France, Britain, the USA, Germany and Saudi Arabia. Why is it that decent Humanity never takes notice of the words of proven mass murdering war-mongers?

What proof do you have to support this nonsense:

“And Putin was kissing the backside of the ‘king’ of the jews only a few days back.”

Putin was in Israel for Holocaust Memorial Day

If he was groveling to the Jews, Russia, Iran and Lebanon wouldn’t be in Syria kicking Jew world order butt.

Had I known Trump would be on Netanyahu’s leash I would’ve never voted for him. It’s a damned embarrassment to know my nation is taking orders from that little pissant Zionist POS nation in the Levant.

During his campaign, Trump spoke before AIPAC and told them he would always be on their side.

The U.S. is extremist Israel’s lapdog.

Rus, China & CO need to wrap it up over there, kick amis out and start building their own economy, then the western sanctions will be just an empty threat.