The US State Department has imposed new sanctions against 30 individuals and organizations from 10 countries, including Russia and China. 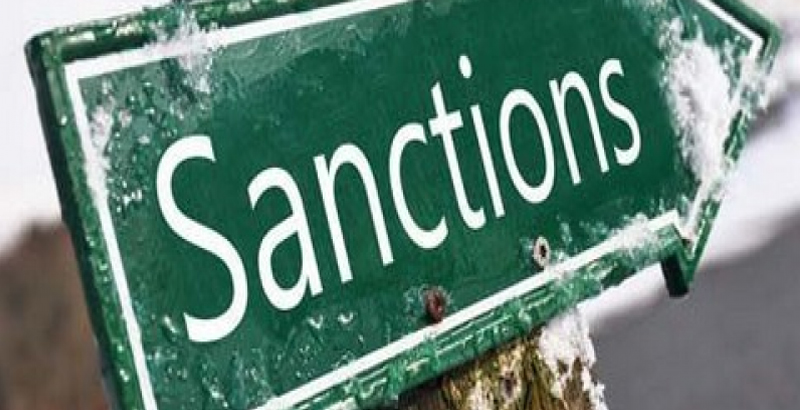 The US authorities imposed sanctions against 30 individuals and organizations from 10 countries, the most part of which are Chinese and Russian, for “transferring sensitive missile technology to Iran and flouting export controls on Iran, North Korea and Syria,” the Wall Street Journal reported, citing the US State Department.

According to the US State Department, the growth of Iran’s missile technologies makes a significant contribution to the tensions in the Middle East region. “The imposition of sanctions against these eleven foreign entities is a continuation of our commitment to hold Iran accountable for its actions,” a statement, posted on the official website of the US State Department, reads.

According to the article’s author, Felicia Schwartz, there are 12 Chinese and 8 Russian companies and individuals in the list, consisting of 30 organizations and persons, against which the sanctions were imposed. Officials, working in the Chinese and Russian embassies in Washington, have not yet commented on this move. The sanctions also affected 19 companies and people, who “violated the Treaty on the Non-Proliferation of Nuclear Weapons in Iran, North Korea and Syria.”

According to the State Department, the US authorities found out that these organizations and individuals acquired or supplied technologies to Syria, Iran and North Korea, which contribute to the development of weapons of mass destruction or missiles. As the author of the article summarized, in this way, the sanctions became another step of the Donald Trump’s administration after the Congress pressured it in order to “bring Iran to justice.”

But Iran NEEDS sensitive missile technology to help protect it from attack by Israel and the U.S. – how is this even fair?

This is very bad news. Looks like Iran will have to surrender the Hormuz straights to Dubai ! :D

lol in ur dreams

Tongue in cheek, it was a joke. :D I doubt that Iran will be screwed with. Trump is just making noise that he is anti-Obama Iran agreements.

oh haha sorry didnt catch that, yea but i dont get why he is so anti-iran and so pro-israel, its sickening really

You guys are dumber than a bag of sand!

I THINK YOU ARE TALKING ABOUT YOURSELF THERE BUD!

its not, trump is just another zionist bitch/prostitute and is doing their bidding, simple as that

Lets get it over with. Big war to end all this parasitic behaviour by the US. A nation that now adds nothing positive to humanity.

And what is Russians response, huh, shoveling their heads further up their own asses and refuse to see the ugly truth, the wankees is gearing up for more wars, and somehow, we get only delusional babbling from the Russians.

I dont have anything to say about the Military strategies displayed by the Russians so far, but the silence from them regarding sanctions is making me itch, and even now, when everybody should realize the scam Trumps is, 100% NeoCON bitch along with sucking whatever d…. the Joos hangs infront of that creeps face, and still there is people whom isnt willing to admit we where fooled by the MSM. And you think this freak show that is running right now is significant, its not, he have two thing that makes this “debate” witch I see as an freak show and a theater to hide the truth, CIA and the USArmy have gotten the Man they wanted, and Trump is so far out that He makes Obamalama the Childslayer to an drooling old hippie.

To me, its about crashing the empire, that is the single most vital event that I know will come, but the truth is that uSSa will drag every body else down the drain, no matter what this Trump thing is delivering of sniveling bullshit in the WH.

Why dont the Russians retaliate, kick Halliburton/others out for good, kick the French oil/gas corps out for good, stop sending rockets to the military org, NASA, and so on, but now, you look more and more like an bunch of children that still dont understand the reality, and does nothing. I cant imagine why, there is a lot of other corps that can manage that process tech to suck oil our of the ground, you dont need the wankees to do that, nor the Norse Statoil, just kick em out.

Ban everything that is made by the wankees, Russians, the only language they understand it when we hit their wallet, like the Joooos. Until then this is humiliating your land and people Russians. or are you so delusional that you think this will somehow just go away, Trump is an sick bastard of an scale that makes Obamalama the Childslayer to an joke, the uSSA is raving insane. You cant argue, negotiate nor trust American psychos at all. Are you blind, Russians, this is looking more and more like an ww3 every day now, everything is escalating, and you do nothing.

I can only shake my head in disbelief of the cowardliness of the present Russian Gov.

You’re very emotional and you deliver some valid arguments. It is worrisome that the Russians appear inactive but maybe they are doing something which isn’t obvious to us. Too much to loose for Russia if it sits by idly.

russia can not kickout foreign oil corps, beacous ehas not the technology allowing the work in siberia. shame for russia, that after decades still needs american technology.

Not technology but money, what is left of it.

What fcking rubbish…. Russia was producing Siberain oil in the 70s…. What is hi-tech about producing conventional oil in cold climates? Heat tracing on the pipleines to prevent the oil from cooling and coagulating is not exactly rocket-science..

yes, produces. by help of wetern technology. you have also google, plenyt of time, internet. check it. also now this is the most painful part of sanctions. this is the reason, why russia stopped the works in lot of oil fields.

Pfftt… the Russians are only too well aware of the feckless agression from the Uh’Murikkkan reich-wing, but why should they react in an overt way that telegraphs their intentions? That is something a stupid Yankistani would do, as mentally they are just childish adolescents.

Fling your feces, monkeyboy. Dying laughing. Don’t like Jews? Stop using your computer, a$$hole. Computer architecture was invented in Israel. What an ignorant monkeyboy you are. Dying laughing. You’re one to talk about psychos. You are one. Peace, pinhead.

Sanctions to do WHAT exactly? The practical impact will be next to nothing as the Russian/Chinese enterprises probably do near-zero trade with the West. The sanctions are simply to make the Yankistani elite feel full of themselves…

America is back at it again, creating hostilities. We should have never expected a change from any president, even this new one.

What is mean by sanctions? Sanctions mean permissions to make how many missiles and nuclear war heads you need you can make don’t worry. Now Iran need to make 3 meter and 4 meter diameter missiles and space rockets. Iran should take benefit of this golden chance otherwise they will repent.