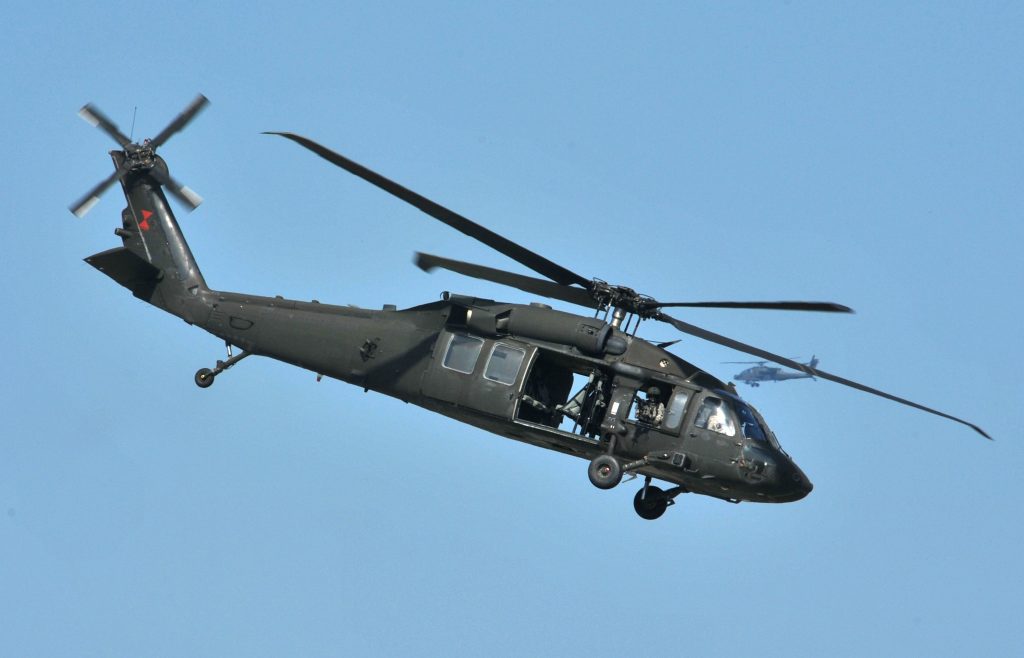 US hellicopters have evacuated over 20 ISIS field commanders from Deir Ezzor to “safer regions”, the Russian state-run media outlet Sputniknews reported on Thursday referring an anonymous military and diplomatic source.

“Amid successful actions by Syrian government troops in the eastern part of Syria in late August, a number of field [ISIS] commanders backed by US special services, had been promptly evacuated from Deir ez-Zor [Deir Ezzor] to safer regions in order to use their experience in other directions,” Sputniknews quoted the source as saying.

Accotding to the report, a “US Air Force helicopter” evacuated 2 ISIS field commanders of “European origin” with members of their families from an area northwest of Deir Ezzor city on August 26.

Two days later a US helicopter evacuated 20 ISIS field commanders and militants close to them from an area southeast of Deir Ezzor city to northern Syria.

“Militants who lost their commanders due to the Americans, usually tend to cease organized actions, leave their positions, join other [ISIS] units or one by one flee. This eventually contributes to the success of the offensive by the Syrian government troops in eastern Syria.“

However, some Syrian opposition sources said that Sputniknews’ report was not accurate and that the US was evacuating their agents and some important defectors.

Earlier in September, reports also appeared that aircraft with removed identification marks started transferring groups of ISIS fighters as well as some separate ISIS emissaries from southern to northern Afghanistan. These aircrafts were reportedly operating under the cover of the US-led coalition.

Syrian opp says they were evacutating their agents and defectors. Ya that is exactly what this article said, they are evacuating isis members period. What happened with not making any type of deals with isis??? where do the obvious double standards end??

Nothing special…USA pay money to ISIS defectors and send them to fight vs SAA…similar case during Irak invasion..where USA payed to officer and commanders of republican guard division protecting bagdad to defect…only Medina division which fought in Najaf, kerbala and Kut and special republican guard rejected money!

These are the FSA recruitment process , since they will be bringing in other known ISIS defectors from the southern region to counter all the SAA has done. They will try and take eastern Syria but they lack the manpower and actual Syrian soldiers to do it as most of them are foreigners , they are doing the same thing they did in Bosnia and Kosovo by bringing in foreign fighters.

USA are the first terrorist in the world, in Syria they help the brothers of Bin Laden and in America shot down by himselves the tween towers.

What a disgrace! The yankistanis dont even tey to hide it.where is the rage in everyday media at this.oh that is right…they are controlled .even when not controlled average joe is too dumb,too tired or too scared to act even until the headchoppers come to break down his door! Woe western world!woe!

Maybe so Graeme.But too little too late.Also only because the fraud of ” moderate” rebels was exposed and that nato is losing and want to regain western worlds good will again.also because trump has come in and obamahillary kept out. Im surprised you didnt take all the above into account.

I am surprised that you think the Americans “dont even try to hide it”. The complete opposite is true – they deny they are doing it.

Well somewhere , someone lied! Who the fig was it?

The Russians have killed thousands of IS terrorists with a fraction of the number of planes that the US has in the area. The Americans were never interested in defeating Islamic State, they wanted to get some influence over the organisation for their own purposes. If they can’t stop the Syrians wiping them out, they’ll try to find a home for them in Iraq. Wait and see if I’m right, Graeme.

US Helicopters Evacuate Over 20 ISIS Commanders From Deir Ezzor

Now we know Deir Ezzor is won. Shame no one could shoot down the helicopters. Any breed of rat is still a rat. All need to be driven out of Syria or annihilated..

No Markings. Cia -Qatari-Saudi-Israeli Blackhawks. Taking their stooges out for their next MURDER Spree. Probably in USA to Kill Christian Americans.

Absolutely. Wish someone had blown them to pieces.

The Russia support for Syria is unforgettable. Russia wants to see Syria self sufficient.

America and their allies totally depend up on global terrorists. That is why America recruit, finance and arm terrorists.

Same thing when nato mercenaries train jihadist terrorists from wherever.pity no one could take photos of helicoptered jihadists and nato mercenaries.then do anonymous letter drop with photos in their home countries and also identified to be executed ,if and when nuclear war breaks out.you know surgical kill.

Too many are blinded by the main stream media hyped terrorist nonsense.

lol what a load of russian bull crap!

Sounds like a load of Stratcom information warrior bull crap to me.

One well placed missile should expose Murder Inc’s cheap charade for all the world to see.

No matter if commanders or agents, it shows who is really behind the lines.

This explanation makes it sound even worse. So what they they are saying, if ISIS rats switch to another group US will help them.

Rat puppeteers are being redeployed. Those stupid rats that were under their command are left to die. Those minor puppeteers thin that if they were resqued once than it means that it will be always like that. Truth is that they are needed for another covert operations and as soon as they are not needed…will be left to die as it happened many times before.

However this is paraphrased it looks from bad to worse which ever version they spell a nature of duplicity and this could show the US as acting on behalf of ISIS either way and possibly complicit in the chemical attack in Syria with Ret. Gen. Vallaly conspicuously showing up about the same time as the Sarin Gas from Turkey, part of USAID Convoy the “US friends of Syria group” along with 400 Turkish FSA in 2013.

Predictable! Remove high-value assets from “imminent collapse” area. Lower value leaders will face assassinations by bombs or SFs. That’s why the ISUS members who fled to the Kurds had to be executed – the Empire is having to clean up!

Great news that when the leaders are evacuated the ISUS unit tends to collapse quickly. It would be great tho if SAA was able to capture about 1000 ISUS fighters alive and show them to the world with interviews and origins and the works. It is part of the curious logic of proxy conflict – when the enemy proxies lose their value to the master and become better dead than alive, they become more valuable to the opposition when alive.

Reports say that Burma seems the next likely stop, with ultimate goal of infiltrating the Uighur China and India.

why am I not surprised?…..it kind of gives you the feeling, the U.S is running on borrow time