The US was forced into rethinking its air force strategy due to Russia’s new S-400 Triumf antiaircraft missile system, according to a report by the Wall Street Journal.

“North from Syria, along the borders of Eastern Europe and rounding the Arctic Circle to the east, Russia has built a ring of air defenses that threaten the reach of the US military,” the report claims.

“Russia’s S-400 antiaircraft missile system, a nettlesome and potentially deadly aerial shield, is changing the calculus of the US and its allies in potential hot spots, beginning with its deployment in Syria.”

The S-400 system has a steal-detecting radar system that is able to cast a broad net around the Eastern Mediterranean from its Russian base positioning in Syria. It is also further linked to “a ring of air defenses” that stretches “North from Syria, along the borders of Eastern Europe and rounding the Arctic Circle to the east,” according to the report.

The new missile system is not yet tested in actual battle, however, according to the report the Pentagon admitted the need to change flight routes and where it can operate in terms of deploying aircraft:

“The Pentagon acknowledged that S-400 batteries in Syria have forced adjustments to coalition air operations, but it contended the U.S. in general still maintains freedom of movement in the air. “We can continue to operate where we need to be,” a U.S. defense official said.

“The White House revamped its National Security Strategy in late 2017 to account for the new challenge. Russia is “fielding military capabilities designed to deny America access in times of crisis and to contest our ability to operate freely,” a report said. “They are contesting our geopolitical advantages.”

The WSJ also cited a Congressional report produced by a bipartisan commission aimed at evaluating the White House Defense Strategy. The commission discovered that Russia “seeking regional hegemony and the means to project power globally,” and that this was already “diminishing U.S. military advantages and threatening vital US interests.” In its article on the report, ZeroHedge commented on the WSJ report:

“Though Russian military spending and capability is still dwarfed by both the United States and China (Russia’s defense budget is about a tenth the size of the Pentagon’s), the Kremlin’s strategic deployment of these systems to counter US power has been enough to put Washington on notice, and is driving fears the S-400’s deadly reach could proliferate, as it already has in China and India, and with prospective deals in the works with Saudi Arabia and Turkey.”

Furthermore, the WSJ acknowledges that the event that lead to the S-400’s deployment outside of Russia’s borders was the Syrian war. Thus, the US and co. are the only ones to blame for this alleged shuffle of global air power.

“As both Putin, Assad, and at rare moments of frankness some US officials themselves have acknowledged, Russian forces entered Syria in reaction to the West-Gulf alliance’s covert war of regime change which empowered al-Qaeda and ISIS forces poised to take Damascus.”

The result of the US dominance across the Atlantic and Pacific oceans is that Russia is now challenging its grip over the Middle East, the Arctic and parts of Asia.

“By selling the S-400 to other countries, Russia spreads the cost of limiting U.S. forces.

Russia doesn’t want military superiority, but it has ended the superiority of the West or the U.S.,” said Sergey Karaganov, a foreign-policy adviser to Mr. Putin. “Now, the West can no longer use force indiscriminately.”

Unquestionably, the US still is in the global dominant position, despite that, soon it may come up against an increasing expansion of S-400 if Turkey and Saudi Arabia end up acquiring the system, despite Washington’s best efforts to prevent them.

The WSJ also got a response from the US Department of Defense to the question of Russia’s growing air defense capabilities:

“The U.S. remains the pre-eminent military power in the world and continues to strengthen relationships with NATO allies and partners to maintain our strategic advantage,” said Pentagon spokesman Eric Pahon. “The U.S. and our allies have quite a few measures at our disposal to ensure the balances of power remain in our favor.”

“Furthermore, the WSJ acknowledges that the event that lead to the S-400’s deployment outside of Russia’s borders was the Syrian war. Thus, the US and co. are the only ones to blame for this alleged shuffle of global air power.”

Did not expect that statement from WSJ, but i fully agree with them!

And i dont hope that Saudi Arabia gets the S-400, that would mean that they would sell the tech to the US so they can counter it.

Like the Turks won’t do that already. For all their bluster the Turks still covet the F-35’s they paid for and that the US now won’t deliver to them. I fully expect a secret deal where the US will get to inspect the S-400. Once the Turks will get the F-35 delivered to them for no apparent reason you’ll know why.

Ahh, but I think Turkey wants the US to renege on the deal, so it can get its money back.
Even if the US delivers the F35’s it will hold the supply of spares over Turkey.
Turkey has changed sides, it’s the first domino to fall.

KSA S400 sale may be oriented around drop of USD in oil purchases in future as matter of policy (an insurance policy against USAF).

US, UK and EU fucked and will be further fucked with in 2019.

Even if the US could come up with a way of countering the S400, before they work it out, Russia will be deploying the S600.
The Russians and Chinese are now so far ahead of the US technologically the US can never catch up.

Same scenario, was thought about Soviet Union/Russia and China.
The US will catch up again, when and how i dont know.

Yes, China and Russia have been making massive steps forward not just in military development, but in technology in general.

The fact that systems like the S-400 gives pause to future US military operations is only to the US own benefit. The less military adventures it can get involved in, the better for the US itself. The period after the fall of the USSR has brought the US only endless conflict that did not benefit the country in any case, only because its leaders believed (and still do) that might makes right and that they can get away with it.

Saudi Arabia home of Wahhabi Sunni Islam.
Turkey Ally of Qatar and the Muslim Brotherhood.
Both are very dangerous nations to sell Russia’s best deterrent, regardless of the money.

The US, Russia, Europe and humanity should recognize who their primary enemy is, which is Jews. They are the primary cause of war and the fount of evil. They don’t have a monopoly on this. But humanity would be much better off by extinguishing Judaism so that Jews go extinct and the planet is Jew free. This doesn’t require genocide, or violating their human and civil rights. But it does require outlawing Judaism and replacing Israel at the UN with a unified Palestine. To bring about the end of Israel and the end of Jews. 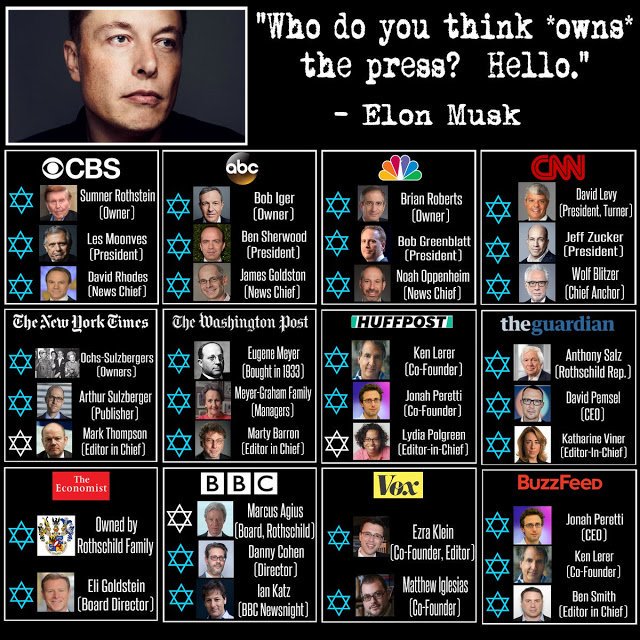 Shutting down the IAF attacks on Syria will keep the US withdrawal on track, bring the Syrian war to an end, and shift the balance of power on this planet from NATO to Russia.

Good analysis.
The graphics / maps in the article are simply to show that key targets are covered by mobile launchers. No mention of more powerful detection only systems, or even of naval air-defence systems or other platforms that form integrated and overlapping layers of radar cover.

Just like with the US, there are no gaps whatsover in Russian radar cover. There cannot be.

Also, for those wondering about S400 sales to other nations –

Firstly, they are export versions, so one or two features that would reveal backdoors have been removed),

Secondly, it is likely the systems deployment will follow the Syrian model for many months at least (ie Russian personnel retain FULL control over thier use and deployment during a designated ‘training’ period which will be decided by contract and likely can be extended at the discretion of the training crews).

Thirdly, during the ‘training’ period Russia have effectively got deployed an airdefence system whose signal be decoded by the full version of the S400 softwear, thereby giving Russia extra visibility range, if not ability to use the actual missiles.

Also, remember that Russia systems such as Bastion and S400 can be ‘retubed’ (just like the US Patriot system) into a tactical nuclear air-burst or ground detonation configuration. Therefore, whereever you see a US Patriot system or a Russian S400 or Bastion system, you must also consider them as potentially being tactical nuclear warhead launching systems. Many analyists miss this as it is not widely known or even considered (even for the US Patriot system and Russian Bastion systems which were both ‘outed’ many years ago).

The IDF anti missile systems are largely clones of the US and the Patriots are only for intercepting missiles with up to a mach 4 or 5 speed. Anything faster requires the THAAD system. And that’s a high altitude system operating above 40 or 50 km.

The S-300/400s operate below that at speeds in excess of mach 4 or 5 for some of their missiles. Which allows them to be used for escalation management against IAF/IDF bases and cruise missile launchers in Israeli controlled territory.

Unless the Jews have something classified that’s better at anti missile work than what’s open source. They’re vulnerable to being hit and hit hard with counter strikes if they attempt a 2006 Lebanon war type escalation against Syria.

Because American stealth bombers were so effective bombing Yugoslavia, both Russia and China went to work to crack the stealth problem. The S400 is the result of many years of work by Russian engineers. Meanwhile over in China they have been building stealth aircraft, the H-20 bomber is the latest stealthy plane from China.

That’s right, the pioneers of stealth never thought that others might also build stealthy planes.

The simpleminded thinking(attack attack attack) of the Americans means they have virtually no defenses, all the money gets spent on offensive weapons.

Technologial superiority lets a nation always take a step ahead, internal unity preserves the ground as walking for.