On December 18, a Free Syrian Army (FSA) commander revealed to the Syrian opposition news outlet Enab Baladi that the US had fully suspended its support for all FSA groups in northern and southern Syria. FSA groups were allegedly informed of the US decision during a joint meeting.

According to the Enab Baladi report, the US even closed its infamous Military Operation Center (MOC) in Jordan. The MOC is known for its major role in providing financial, military and intelligence support for the FSA and radical Islamist groups in southern Syria. The MOC even planned and commanded some of the biggest attacks on the SAA in the southern province of Daraa, according to Syrian pro-government activist. The June offensive in the city of Daraa was dsecribed as one of such advances.

The US also shut down another Military Operation Center in Turkey, named by Turks “MOM”, according to the FSA commander. The MOM played a similar role in the MOC. However, it supported FSA groups and al-Qaeda-affiliated Hay’at Tahrir al-Sham (former al-Nusra Front) in northern Syria for years.

The FSA commander also revealed that the US continued to support the FSA groups financially even after an announcement by US President Donald Trump that US suspended its support for the FSA on July 19. However, now all forms of the support including financial support are susspended, according to Enab Baladi.

Another US program to support FSA groups may begin in 2018, according to the FSA commander. However, experts believe that the US will focus in the next year on supporting the Kurdish-dominated Syrian Democratic Forces (SDF) in eastern Syria.

Did I not say they would be thrown-under-the-bus? How many times has the U.S. stabbed the Kurds in the back? It’s over!

The U.S. regime was cynically using the kurds against their own best interests even in the ’60s, as I personally recall.

Not just the Kurds but everyone they’ve ever backed and made promises to have felt the sting of their desertion.

Nope Nope Nope I don’t believe, even if this happens for some miracle reason, they will support to arm Al-Qaeda the HTS as always.

They are pulling the plug, a little at a time. Overall, good news indeed. A good day to all.

This is good news, but didn’t Trump already announce this 3 or 4 months ago? Drying up Green Daesh’s supply of ATGMs would be a definite game changer.

Support SDF against whom? Daesh is done, so SDF can only war against Ottomans or SAA.

The only positive side to that would be the total alienation by Turkey toward the USA that would hopefully include Turkey pulling out of NATO and closing all US bases there.

That would be amazing if Turkey did that, but then how many times have their President said one thing and did the exact opposite.Perhaps thougj Turkey has finally had enough of the back stabbing US and thugs.

I hope so too.

While I do think your language is not even on the level of a puerile ignoramus, I do agree with you Turkey should leave the Nato, as in booted out, and should close down the airbases like Incirlik. US airforce can use airfields in Cyprus and both Northern Syria and KRG.

How about absolutely not. The US is not welcome in Syria. Any US presence in Syria is illegal.

Those airfields in N Syria and KRG are nothing compared to the Incirlik airbase.
Unless the US wants to spend a lot of time and money building them up, and I don’t think that is going to happen. But hopefully they have improved the Tabqa airfield, so it can be returned to Syria in decent working order. :)

Google is paying 97$ per hour,with weekly payouts.You can also avail this.
On tuesday I got a brand new Land Rover Range Rover from having earned $11752 this last four weeks..with-out any doubt it’s the most-comfortable job I have ever done .. It Sounds unbelievable but you wont forgive yourself if you don’t check it
!gy197d:
➽➽
➽➽;➽➽ http://GoogleDailyNewsTrackerUpdateWorkFromHome/find/jobs… ★✫★★✫★✫★★✫★✫★★✫★✫★★✫★✫★★✫★✫★★✫★✫★★✫★✫★★✫★✫★★✫★✫★★✫★✫:::::!gy197h 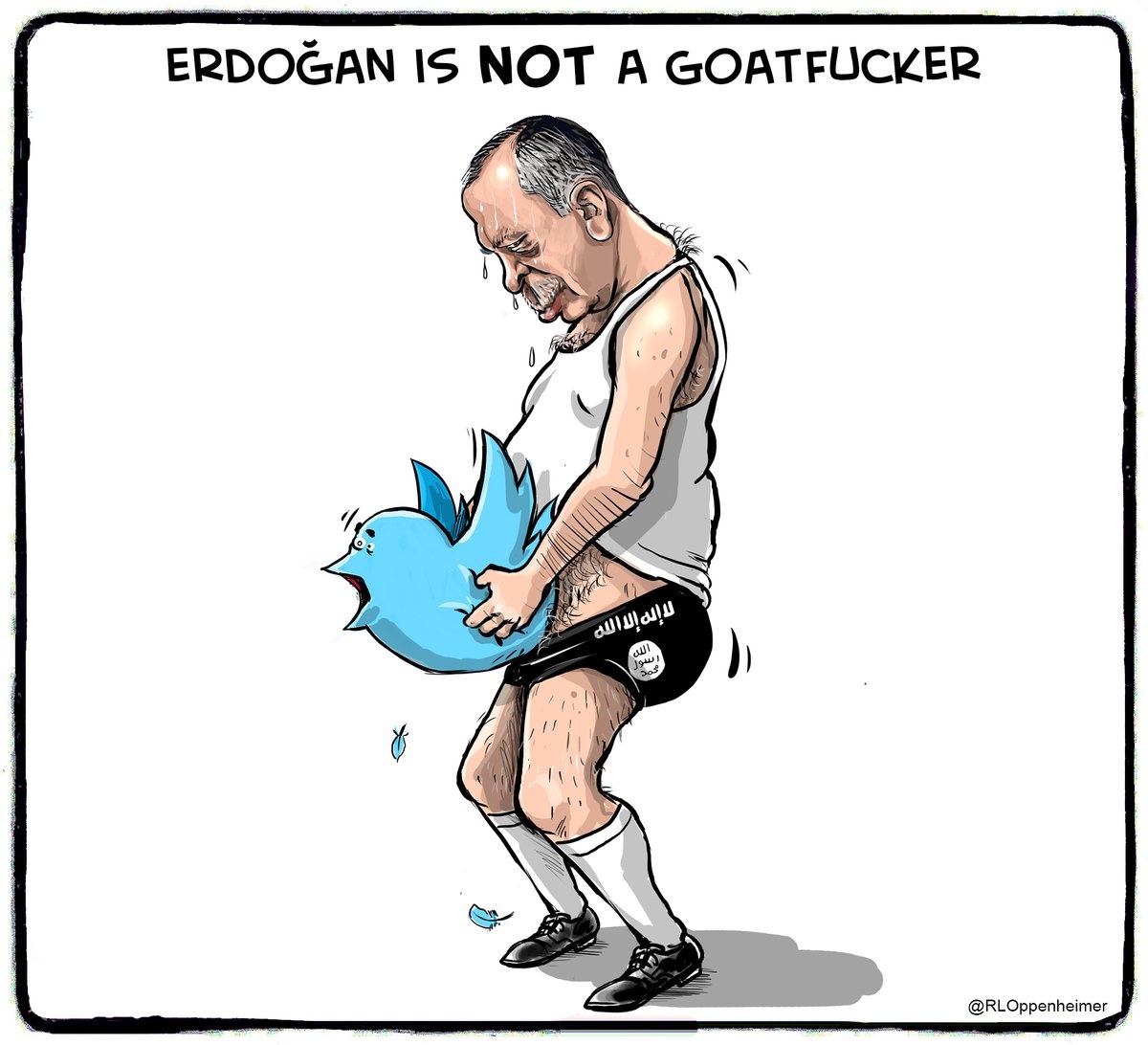 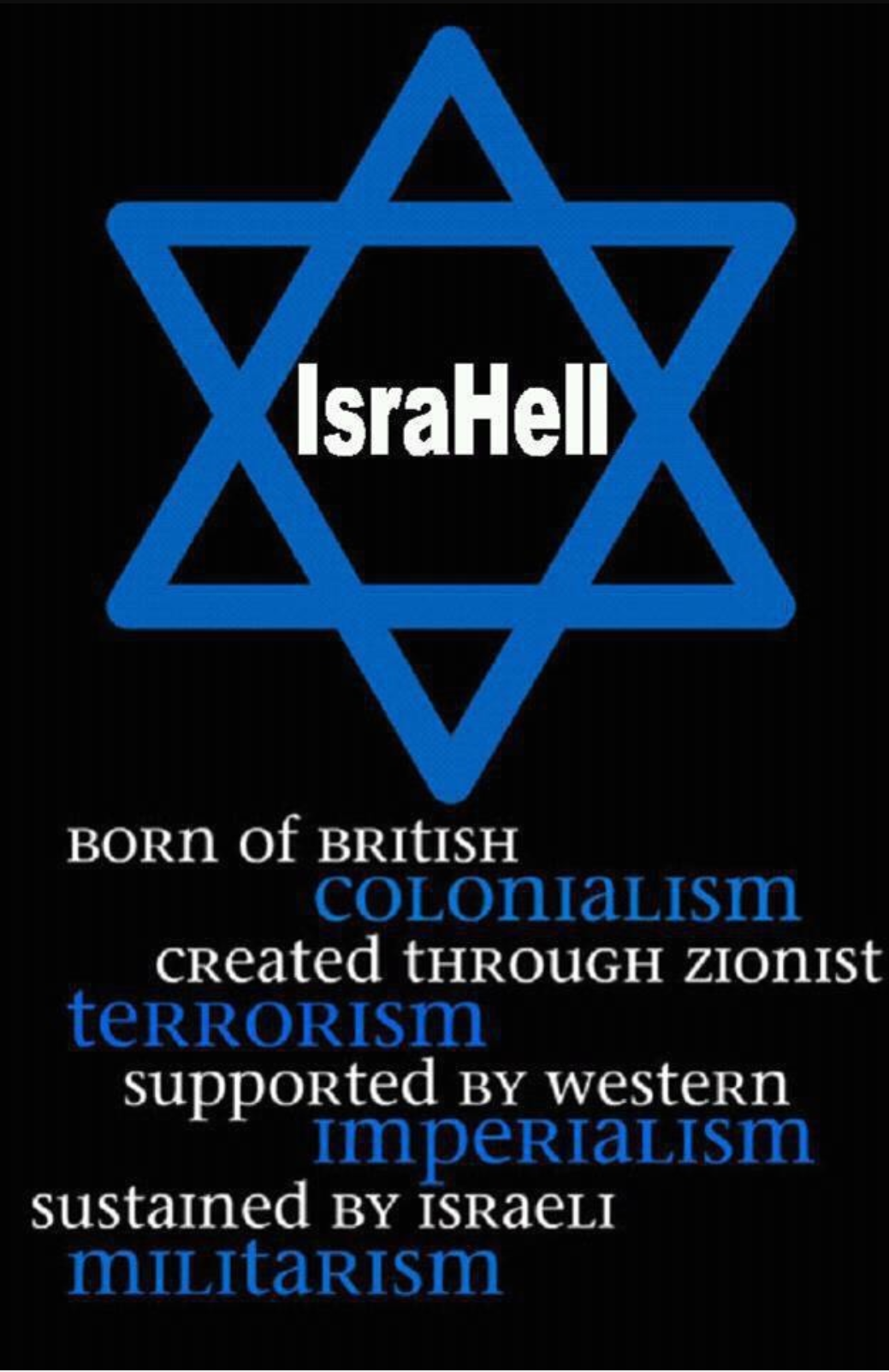 to u it is

it is not funny, doesn’t matter wich side somebody is! what is the joke then?

No? so what is it

It’s just that Duck or goat “frigger” doesn’t cut it in ANY way. Actually it is counterproductive IMO.

Now off course I should post 1 or two VERY graphic images with a Geo-Political twist that would most certainly dwarf the above depiction by several orders of magnitudes.

I won’t, even as I have made a few. This, however is not the right time and place to do this, so I’ll refrain.

yes and all isis will know who betray them and who sold them out and hang them to dry. The Yankees, never learn from their past mistakes they lack the imagination and their masters are one scenario fits all. Watch them and their history and you see what the true meaning of the reality of a clone. Repeating their mistakes in the absolute believe that two wrongs will create a right.

because is what they did and worked for them in the colonies for themselves. Killed all the inhabitants and they stole their lands and IDs. Then they mixed the races in such a degree they created a new race the amer-kans and at the same time they exported their culture via holywood all over the globe.

Watch them understand how hollow and empty vessels they are video games and Prozac and Ritalin generation after generation raised in ghettos and isolated though very mixed to mixed latinos with white and yellow and what ever come across after that. Doing the same to europe as we speak for the last 200 years at least.

The question now is do we let them win? Ask your self because you all seen what this group of people bring with them when ever they go, wars and famine. If we let them win, we are their slaves. Not something any one want to happen to him, so i think what we need to do it is obvious, the question after that is.. if individually each one of us, has the @@ to say enough and mean it.

I had the same thought….How are we expected to believe a single word that comes out of the mouths of these freaks who think nothing of lying.

Signal of a true defeat (and this shocking news WON’T likely be making it into the Stateside ‘news’ cycle, will it now..?). Who can ever trust these U.S. cretins? They’ll ALWAYS stab you in the back, every time — leaving aside the basic criminality of it all.

Will SDF learn anything from what happened to FSA? what deals were made with Russia, Israel, Turkey and Iran that may leave FSA fighting for their lives.

Let’s make them cry for mercy!

US Fully Suspends Its Support For Free Syrian Army

??? they voted against america in the UN?

Will Trump have to suspend support for all of W Europe also?
Considering they also voted yes. :)

would be great. but check it, putins friend, orban let hungary abstend. and also hungary was, who with its against vote. disabled that the EU condems Trumps decision.
That orban, who is gloryfied also here, in SF articles.

Solomon, a rare minute when I find your joke to be funny (almost).

He wreck his car, and sucked my dick.

Now the FSA discover for themselves that ultimately, the USA betrays their pet terrorists.

Imo one should distinguish between the northern and the southern operating room.

The northern operating room is completely infested by Turks and other jihadists and should have been shut down completely long ago.

The socalled Euphrates Shield TFSA and other islamists is unraveling and many are defecting to SDF because they see the truth about the players within ES and the role turkish Ottomaniac dreams are playing.

As for the southern operating room, as I understand the Southern Front was reasonably effective, both as in warding off islamists and in warding off SAA. I do not know enough about those groups to have a definitive opinion on them. Maybe US/SDF should give them the option of joining SDF in a southern chapter.

Yeah! Lets call for all remaining FSA, Daesh and Queda rats to join SDF – plenty of shaving tools in place. They will fit there very well – after all, when you share the same employer than things are less complicated.

Day, by day, and more and more I can see thru your face curtain, and vóila!
I can see nazi, white supremacist, chauvinistic pig!
Get out of here, this isn’t place for you.
Maybe ‘The temple of Odin’ is the place for you. Shave your head and go there.
And one more thing. I suspect that you are true Dutch, maybe half black-dutch or such. Jung would adress your problem as a ‘Complex’ of inferiority, because you’re trying so hard, and so much to show to us how you are, above all of us, and how much do you, actually HATE Muslims and all people with darker skin.
I know somw Made in Holland cripples just like you.

finally…..they didnt of course realise that they are supporting terrorists wearing many different uniforms..they just admit that Syria is a lost cause for them…..

JIHADIST HAS LOST THE WAR

The Yankers have lost the war.

Fuck off Yankers, no-one wants anything to do with you anymore.

Merry Christmas and a Happy New Year when the worms turn ad eliminate you.

Never believe anything emanating from a rat, especially a rat run by the Pentagon pederasts. For even if they had abandoned all objectives against Syria (and driven by their bosses in the Zionist Abomination, who would believe that?) these criminal degenerates want permanent war, as in Afghanistan, where there hasn’t been a military objective in several years.
Indeed, it could well be a feint, in a pathetic attempt to throw the Russians off their guard. I believe we can trust that Konashenkov, Gerasimov and Putin are all five moves ahead of these druggies.

It took too long to cut the cord with FSA. And sdf is lucky to have the backing of Americans since Kobane. That said, sdf must be careful. ISIS now scrambles around in the wilderness like drug-crazed rats. I am certain the Americans were put up to backing FSA by Erdogan, so the suspension is a sign the two countries no longer trust each other. Now is a fight for Syria’s soul, a battle which will not need guns or money.

Being backed by the US is very dangerous. They might pull support on you any sec and then you’ll have massive infighting.

“According to the Enab Baladi report, the US even closed its infamous Military Operation Center (MOC) in Jordan”…U.S closed DEEP STATE CIA, INTERNATIONAL MERCENARY TERRORIST TRAINING CAMP in Jordan.

Maybe the Tiny English Nintendo King will be the first pro-NATO domino to topple the other way, now…

They the US just threw you guys under bus.. for others.. You’re now like an old whore..!

Interesting character this Erdogan, on almost all levels one can imagine.

Think about it will you?

This will do (for most people I believe (have made more)).