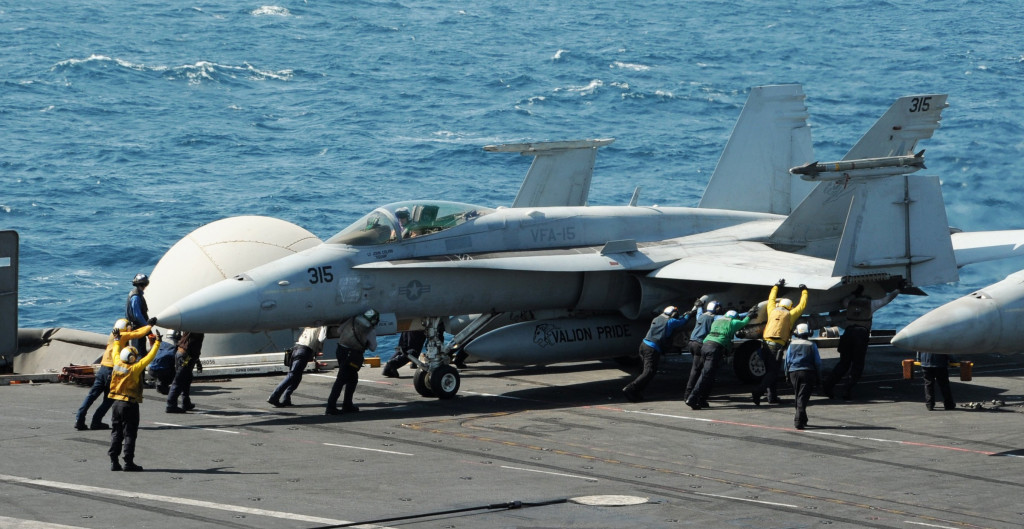 On Mar 8, U.S. Army Gen. David M. Rodriguez, commander of U.S. Africa Command, outlined the command’s strategic risks; African and U.S. security concerns, including the threats posed by al-Shabaab, Islamic State, Boko Haram and other violent extremist organizations; and the opportunities that present themselves on the continent.

According to the General, Africa is a “complex and dynamic” continent and faces challenges ranging from a massive population boom to  limited democratic participation and employment.

Together, these challenges create an environment ripe for the expansion of violent extremism, requiring a comprehensive approach that employs diplomacy, defence, and development to address the root causes of extremism.

The command has put an emphasis on its operational requirements and those of its component commands, with Rodriguez citing an increase in joint operations, major joint exercises and security cooperation activities during fiscal year 2015 compared to 2014.

In East Africa, Rodriguez highlighted the efforts of the African Union Mission in Somalia (AMISOM) in their operations against the al-Qaeda affiliated terror group al-Shabaab, but contends that al-Shabaab “remains a continuing threat to U.S. citizen and Western interests.”

Poor governance, a deteriorating security situation and political tensions will continue to add to a challenging environment in the region.

In North Africa, Rodriguez said that the priority is still the containment of Libyan instability and to counter violent extremist organizations. Terrorist groups like the Islamic State-Libya (IS-Libya) represent a serious and growing threat to U.S. citizen, the international community and interests throughout the region.

Rodriguez explained that the continued absence of central government control will continue to perpetuate violence, instability and allow the conditions for violent extremist organizations to flourish until the Government of National accord and appropriate security forces are again operational within Libya.

A coordinated, multinational approach to support improvements in governance, security and development is required for improving regional security, he said. To that end, AFRICOM continues to collaborate with the Sahel Multilateral Planning Group—United States, United Kingdom, France, Canada, and Italy—to synchronize allied activities in the Sahel Maghreb region to strengthen multilateral relationships in the fight against violent extremist organizations.

He further explained that countering adaptive threat networks, like Boko Haram, across a transnational battle-space, requires a networked, regional approach. He praised the efforts of the Multinational Joint Task Force, allies and partners such as the African Union, France, the United Kingdom, the European Union; and the Department of State for engaging in the counter-Boko Haram effort.

Rodriguez also praised the efforts of the African Union Regional Task Force in Central Africa for countering the efforts of the brutal Lord’s Resistance Army led by Joseph Kony. He testified that through the combined efforts of military forces, civilian agencies, and non-governmental organizations, the Lord’s Resistance Army (LRA) no longer threatens regional stability, and its capacity to harm civilian populations has diminished.

Africa continues to receive attention from those who “wish to further their own objectives,” Rodriguez noted.

Citing China’s focus on obtaining natural resources and both China and Russia’s desires to sell weapons systems on the continent, the commander said that both are striving to gain “soft power” in Africa to strengthen their power in international organizations.

Officials said about 7,700 American and 10,000 South Korean troops will participate in the exercises.

THAAD provides the ballistic missile defence system with a globally transportable, rapidly deployable capability to intercept and destroy ballistic missiles inside or outside the atmosphere during its final phase of flight.

Also on Mar 8, Three B-2 Spirits deployed from Whiteman Air Force Base, Missouri, to the U.S. Pacific Command area of operations.

While in the Indo-Asia-Pacific, the B-2s will integrate and conduct training with ally and partner air forces and conduct a radio communications check with a U.S. air operations centre.

This deployment will ensure bomber crews maintain a high state of readiness and crew proficiency, and will provide opportunity to integrate capabilities with key regional partners.

Ssang Yong, which means “Twin Dragons,” is biennial combined exercise conducted by Navy and Marine Corps forces with the ROK to strengthen interoperability and working relationships across the range of military operations from disaster relief to complex, expeditionary operations.

During Ssang Yong, U.S. and ROK combined forces will conduct beach landings, flight operations, and personnel exchange and cross platform exercises which ensure that various components of ROK and U.S. Naval and Marine forces are able to respond to contingencies on the peninsula and across the Asia-Pacific region.

Together with the U.S.-led coalition, the 101st’s Screaming Eagles will continue to work with the Iraqi security forces to make gains against the Islamic State of Iraq.

In Mosul, where ISIL fighters remain in control, the U.S.-led coalition assisted Iraqi security forces by making an airdrop this week to deliver tens of thousands of leaflets over the city to contact the city’s residents.

Iraqi security forces with U.S.-led coalition airdrop support delivered tens of thousands of leaflets over the city of Mosul to contact residents in the past week.

The leaflets contained a list of the cities that have been liberated from ISIL so far, such as Ramadi, Beiji and others.

On Mar 10, the U.S and coalition military forces have continued to attack Islamic State of Iraq and Syria.

Attack, fighter and ground attack aircraft and rocket artillery conducted 15 strikes in Iraq, coordinated with and in support of Iraq’s government:

Also on Mar 10, the deputy chief of staff for communication for NATO’s Resolute Support Mission stated that fighters affiliated with the Islamic State of Iraq and the Levant are contained to one district in Afghanistan and the Taliban is fracturing into separate groups.

Shoffner said Afghan forces are keeping pressure on the Taliban and, thanks to new legal authority granted in January to conduct strikes against ISIL militants in Afghanistan, also on ISIL fighters in that country.

The NATO coalition characterizes ISIL as operationally emergent, meaning they aren’t able to orchestrate operations in more than one part of the country at a time.

Most ISIL activity is confined to Nangarhar province, although low-level attempts at propaganda and recruiting have been seen in more than 20 areas in Afghanistan, none of which have taken root.

Many ISIL-affiliated fighters are former Pakistani Taliban who shifted allegiance because of a push by Pakistan over several years against the Taliban in Afghanistan and Pakistan.

Now, the general said, ISIL is mainly contained in one district in Nangarhar province, one of 404 districts in the country.

Afghan forces have seen a spike in fighting in central Helmand over the past two weeks tied to the poppy harvest, over half of the Taliban’s income comes from poppies.

In northern Helmand the coalition has seen the emergence of three separate Taliban groups that don’t seem to be loyal to Taliban leader Mullah Akhtar Mohammad Mansour.

The splintering of the Taliban may provide opportunities for reconciliation with the Afghan government, or it could induce some of them to join ISIL.