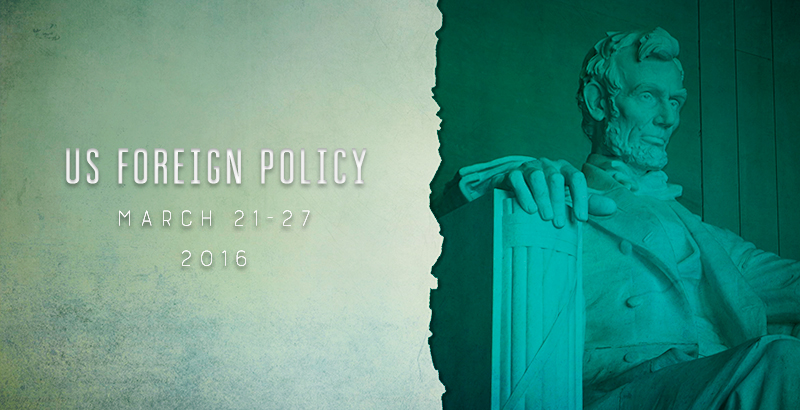 Unofficial travel to Brussels, leave, liberty and special pass, is prohibited until further notice. Those on official travel or emergency leave to Brussels will also require the approval of the first general, flag officer or Senior Executive Service equivalent in the traveller’s or sponsor’s chain of command.

To confirm the safety of all U.S. military personnel and families, including those on pre-approved leaves and other official travel, Eucom officials said they continue to seek 100 percent accountability from all subordinate commands and units.

Eucom continually assesses threats to U.S. forces with and alongside its host-nation counterparts, officials said, and is firmly committed to making every possible effort to ensure the safety and security of service members, civilians and their families.

Consistent with the U.S. Embassy in Brussels, due to the heightened threat environment, Eucom officials are urging U.S. citizens to remain vigilant and aware of the local security situation, to follow local authority instructions, and to monitor local media for further developments.

Also on March 22, U.S. Deputy Defence Secretary Bob Work and Danish Permanent Secretary for the Ministry of Defence Thomas Ahrenkiel discussed the effort to counter the Islamic State of Iraq and the Levant during a meeting at the Pentagon.

They also discussed the European security environment, the importance of maintaining robust military capabilities, and future prospects for defence cooperation.

On March 24, U.S. Deputy Defence Secretary Bob Work and Norwegian State Secretary for Defence Oystein Bo exchanged insights on sustaining robust military capabilities and noted the strategic, operational, and tactical benefits of defence cooperation for both nations during a meeting at the Pentagon.

On March 21, Army Col. Steve Warren briefed reporters via video teleconference from Baghdad and said that coalition forces and their partners on the ground are making sustained progress in the fight in Iraq and Syria against the Islamic State of Iraq and the Levant.

Recent coalition strikes on bridges about 50 miles south of Mosul have limited ISIL’s ability to manoeuvre and sustain its fighters east of the Tigris River.

In Mosul, the coalition struck at an ISIL headquarters and weapons manufacturing facility March 19.

Warren said that in the last 10 days, the Iraq Counter Terrorism Service and local forces have cleared more than 25 miles of the Euphrates River Valley, liberating several small villages along the way.

Iraq’s 73rd Brigade and the counter terrorism service are making preparations now for the final advance on Hit.

Those efforts, the colonel said, include clearing operations in a wider effort to eliminate ISIL fighters, deny access to resources and cut off the terrorists’ lines of communication in preparation for the liberation of Mosul.

They also discussed the security environment in the Middle East, including ways to work together to strengthen cooperation on counterterrorism efforts.

Carter welcomed Saudi Arabia’s contributions to the coalition campaign to counter the Islamic State of Iraq and the Levant.

On March 25, the U.S. chairman of the Joint Chiefs of Staff said that to accelerate operations against the Islamic State of Iraq and the Levant, it may be necessary to send more U.S. service members to Iraq.

Marine Corps Gen. Joe Dunford told the Pentagon press corps that in the coming weeks DoD will present to President Barack Obama a series of recommendations to further enable support to the counter-ISIL forces.

The battle for Mosul will be tough, the chairman said, but he stressed that Iraqi forces will be the ones fighting that battle.

The counter-ISIL campaign is more than the effort in Iraq and Syria. The attacks in Brussels, Paris, San Bernadino, California, Ankara, Turkey and elsewhere highlight the need for more and better intelligence sharing, the chairman said.

U.S. officials believe that there are citizens of more than 100 countries who have travelled to Syria and Iraq to join the terrorist group. The chairman said it is hard to know, but estimates exceed 35,000 foreign fighters in the region.