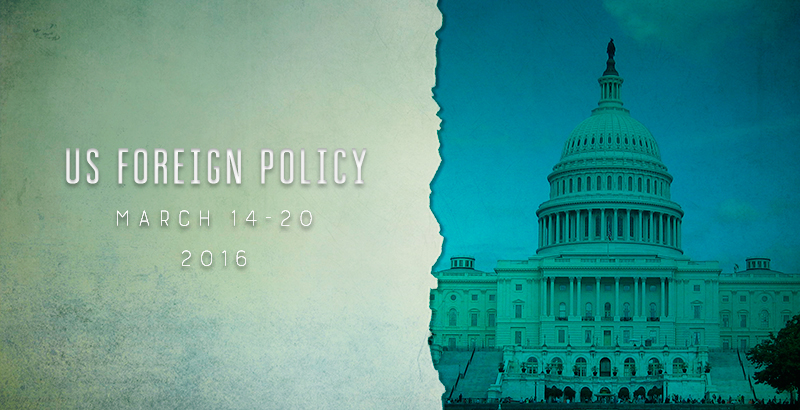 On Mar 14, two Los Angeles class submarines arrived at U.S. Navy Ice Camp Sargo, a temporary station on top of a floating ice sheet in the Arctic, as part of Ice Exercise(ICEX) 2016.

USS Hartford(SSN 768) from Groton, Connecticut, and USS Hampton(SSN 767) from San Diego will conduct multiple arctic transits, a North Pole surfacing, scientific data collection and other training evolutions during their time in the region.

ICEX 2016 is a five-week exercise designed to assess the operational readiness of the submarine force while also continuing to advance scientific research in the arctic region. The Navy’s Arctic Submarine Laboratory, based in San Diego, serves as the lead organization for coordinating, planning and executing the exercise involving two submarines, multiple nations and more than 200 participants.

Submarines have conducted under-ice operations in the Arctic region for more than 50 years. USS Nautilus(SSN 571) made the first transit in 1958. USS Skate(SSN 578) was the first U.S. submarine to surface through arctic ice at the North Pole in March, 1959. USS Sargo(SSN 583), which the temporary ice camp is named after, was the first submarine to make a winter Bering Strait transit in 1960.

Since those events, the U.S. Submarine Force has completed more than 26 Arctic exercises. ICEX 2016 is the latest exercise demonstrating the important and unique role the Submarine Force plays in implementing the U.S Department of Defence’s Arctic strategy.

The exercise, hosted by the Royal Cambodian Armed Forces and sponsored by the 8th Theatre Sustainment Command and the Cambodian National Committee for Maritime Safety(NCMS), is the first exchange of its kind between the organizations.

During the table top exercise, a HA/DR scenario triggered NCMS planning for port opening operations at both fixed port and bare beach locations, creating a critical need for synchronized cooperation of participants expertise and capabilities.

Dorman said the opportunities for exchange and rehearsing HA/DR-driven port opening capabilities lay the foundation for future exchanges and sets the conditions for further partnership with joint, interagency and multinational teammates.

On Mar 18, the U.S Bonhomme Richard Expeditionary Strike Group and Republic of Korea military forces wrapped up Exercise Ssang Yong 2016 (SY 16) while underway off the coast of ROK.

Ssang Yong, or “twin dragons” in Korean, is a biennial amphibious-assault exercise conducted in the Indo-Asia region with U.S., and ROK Navy and Marine Corps in order to strengthen interoperability and working relationships across the range of military operations from disaster relief to complex expeditionary missions.

During the 10-day exercise the U.S.-ROK Blue-Green team conducted more than 220 flight operations and over 240 craft operations.

The exercise commenced with a 19-ship photo exercise to include ships from the Bonhomme Richard Expeditionary Strike Group and Boxer Amphibious Ready Group along with COMFLOT 5.

The Blue-Green team kicked into high gear to carry out rehearsals for a simulated amphibious assault mission, where nearly 17,000 service members from the U.S., ROK, New Zealand and Australia participated in an amphibious landing on the beaches of Pohang.

In a statement summarizing a meeting between the two defence leaders at the Pentagon, Cook said Carter reaffirmed the unshakeable U.S. commitment to Israel’s security and the importance of the U.S.-Israeli defence relationship.

Following Yaalon’s October visit to Washington, Cook said, the secretary and the minister discussed a number of ways to further strengthen cooperation on a range of issues, including regional security.

Carter and Yaalon also discussed developments in the region and agreed to continue to work closely to maintain the strength of the U.S.-Israeli relationship.

On Mar 16, Iraqi security forces detained 149 Islamic State of Iraq and the Levant fighters as the terrorists tried to blend in with 35,000 civilians fleeing numerous small villages along the Euphrates River Valley.

The leaflets gave villagers safety instructions and warned ISIL that Iraq’s Counterterrorism Service Lions are close. The leaflet drop likely was one of several factors that got word to villagers, he said, noting that radio and television service remains operational.

The evacuees received life-saving assistance from the Iraqi government and many humanitarian organizations.

Iraqi security forces and coalition air support killed about 50 ISIL fighters in a small town north of Ramadi in a counterattack after ISIL forces briefly seized a police station.

Highlighting the U.S.-led coalition’s Iraq train-and-equip program, ongoing training has produced more than 20,000 trained security members since the effort began. The training provided Iraqi forces with skills and equipment to succeed on the battlefield, Warren said. Particularly noteworthy, he added, is training the coalition has provided Iraqi special operations forces.

The chairman of the Joint Chiefs of Staff said the situation in Afghanistan is challenging. He added that assessments by the current commander in the country Army Gen. John W. Nicholson Jr. and the previous commander Army Gen. John F. Campbell are realistic and that the Taliban remain a threat for the U.S.

The chairman told the Senate committee that military officials are examining the lessons learned in 2015 and will apply those to Afghanistan operations in 2016. Dunford, who recently visited Afghanistan, said the mission now is to help Afghan security forces secure their country. There are around 9,800 American troops in the country and another 3,000 coalition troops.

On Mar 19 U.S. and coalition military forces have continued to attack Islamic State of Iraq and the Levant terrorists in Syria and Iraq.

Rocket artillery, ground attack, bomber and fighter aircraft conducted 25 strikes in Iraq, coordinated with and in support of Iraq’s government:

One thing I don’t understand. With no air cover ….. why use $million air planes to bomb ISIS? Why not build US P51s or B27s out of modern materials at a ting fraction of the cost? Why not float high altitude BLIMPS over them and bomb at leisure?