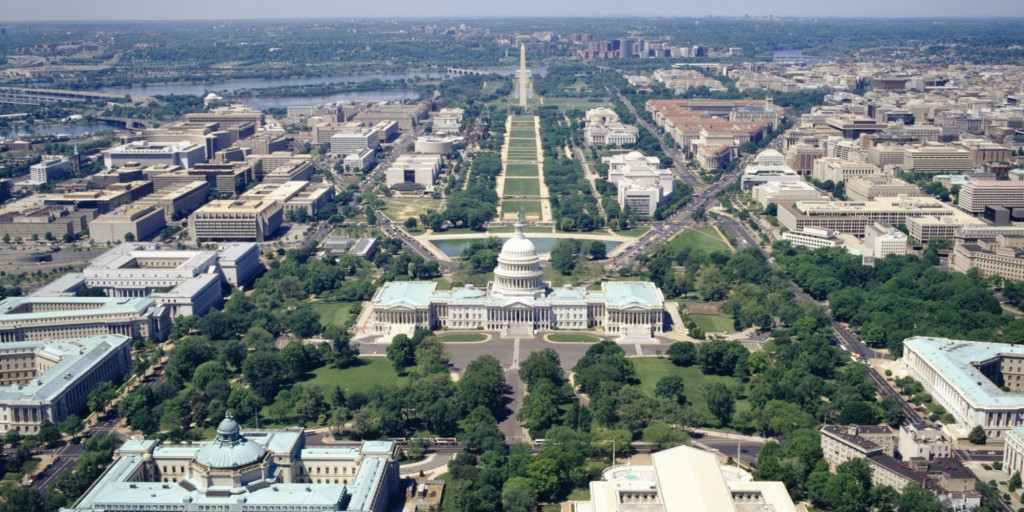 Aerial view of buildings in a city, Washington DC, USA

On February 29 the U.S chairman of the Joint Chiefs of Staff said that operations against the Islamic State of Iraq and the Levant have begun in Mosul, Iraq, and the United States will increase its support to the Iraqi forces
Marine Corps Gen. Joseph F. Dunford Jr. and Defence Secretary Ash Carter said that the Iraqis will continue to lead the efforts against the terror group in Iraq’s second-largest city.

Mosul is the largest city under ISIL control in both Syria and Iraq. With a population of around 665,000 people, the operation against the group will be much more complicated than the successful operation against ISIL in Ramadi late last year.

These shaping operations are both kinetic and cyber, Dunford said. The Iraqi and Free Syrian forces are working to cut the physical lines of communications between Raqqa, the terror group’s “capital”, and Mosul. In addition, the coalition has launched cyberattacks against the group, seeking to virtually isolate the terrorists, the general said.

Coalition officials are also helping to train the Iraqi forces which will be used in the operation, the chairman added.

The Iraqis have developed their plan of attack against ISIL in Mosul and have shared it with Army Lt. Gen. Sean MacFarland, the commander of the Combined Joint Task Force Operation Inherent Resolve, who has briefed it to senior U.S. officials.

The chairman also discussed the operations in Afghanistan. The Coalition forces are continuing to work with the Afghan security forces to build the capabilities they will need to provide security and stability in the region. This includes building ministerial capacity, building corps-level capabilities, perfecting the intelligence enterprise, and enhancing the Afghan special operations forces and the country’s aviation capabilities.

Also on February 29, the Defence Department held a video conference between senior officials and their Russian counterparts to discuss the ongoing implementation of the U.S.-Russian memorandum of understanding on flight safety over the Syrian airspace. Acting Assistant Secretary of Defence for International Security Affairs Elissa Slotkin and Joint Staff Director for Strategic Plans and Policy Marine Corps Lt. Gen. Kenneth F. McKenzie Jr. co-chaired the call. The two sides discussed measures to enhance operational safety for coalition and Russian military forces in the fight to counter the ISIS, including means to avoid accidents and unintended confrontation between coalition and Russian forces whenever the two sides operate in close proximity.

Separate consultations are ongoing through other channels to address the agreement developed on Feb. 12 by the International Syria Support Group members in Munich regarding the existing ceasefire.

On March 1, Marine Corps Gen. Joseph F. Dunford Jr. arrived in Kabul to attend the change of command ceremony for the U.S. Forces in Afghanistan and NATO’s Resolute Support Mission. Dunford, the chairman of the Joint Chiefs of Staff, also met with senior Afghan officials during his visit. Army Gen. John F. Campbell will turn over the command of the U.S. Forces in Afghanistan and the Resolute Support Mission to Army Gen. John W. Nicholson Jr. in a ceremony presided over by the Central Command commander Army Gen. Lloyd J. Austin III and German Army Gen. Hans-Lothar Domrose. Domrose commands the Allied Joint Force Command Brunssum in the Netherlands.

Campbell spent 18 months as a senior NATO commander in Afghanistan. He succeeded Dunford as the commander of the International Security Assistance Force. In the end of 2014, Campbell oversaw the transition from the ISAF mission to the Resolute Support Mission.

Nicholson will command about 12,000 coalition personnel assigned to the Resolute Support Mission. He comes to the job after serving as the commander of NATO’s Allied Land Command based in Izmir, Turkey.

The about 9,800 Americans who are currently serving in Afghanistan are engaged in the training and advising of the Afghan forces and conducting counterterrorism missions.

On March 4, with coalition support, the Iraqi security forces have started preparing for the assault to reclaim the key city of Mosul from the Islamic State of Iraq.

Speaking to Pentagon reporters via teleconference from Baghdad, Army Col. Christopher Garver said that the Mosul assault will happen in the coming months on the timeline of the Iraqis, as they are the ones planning the operation.

The battle for the city has already started, he said, noting that shaping operations have been going on for several months.

The coalition has been training and equipping the Iraqi security forces who will conduct the assault. Training also is underway for the police forces who will serve as the “hold force” throughout Iraq to prevent ISIL’s resurgence.

The operations in Iraq are designed to cause ISIL to fight across the breadth and depth of the terrain it controls, Garver said, while preventing the terrorists from moving around the battlefield and reinforcing fighters.

Meanwhile, the Iraqi security forces are continuing the siege and isolation of Fallujah and have encircled the town and the surrounding urban sprawl, and are continuing to improve the defensive positions and prepare for future operations into the town. The Coalition supported the isolation by conducting 11 strikes against ISIL targets since Saturday.

In Sinjar, the Iraqi forces are trying to retain the area and the Coalition continues to support the operations with airstrikes against ISIL near the city and along the east-west Highway 47. Since Feb. 27, the coalition has conducted 13 strikes against ISIL tactical units, rocket positions, mortar positions, a sniper position, and fighting positions, he added.

In the Hit and Haditha corridor in the Euphrates River Valley, the coalition continues to disrupt ISIL’s command and control the flow of reinforcements and supplies inside the river valley.

On March 3, the Expeditionary Strike Group (ESG) 7, including three ships and more than 4,000 Sailors and Marines, arrived in the Republic of Korea ports for scheduled port visits.

The Sailors and Marines of the ESG will engage with members of the ROK Navy and conduct cultural exchanges where they will participate in several community relations projects, subject matter expert exchanges and host a reception aboard the Bonhomme Richard with key U.S. and ROK Navy and Marine Corps leaders.

Following the port visit, the ESG and ROK Flotilla 5 ESG will get underway to commence exercise Ssang Yong 2016.

Ssang Yong 2016 is the largest multilateral amphibious exercise to date. It is a bi-annual exercise conducted by integrated MEB/ESG forward-deployed forces with the ROK Navy and the Marine Corps designed to strengthen the interoperability and working relationships across a wide range of military operations ranging from disaster relief to complex expeditionary operations.

The Bonhomme Richard, Germantown and Ashland are forward-deployed to Sasebo, Japan and ESG 7, 3D MEB and 31st MEU are stationed in Okinawa, Japan. The BHRESG is currently on patrol in the U.S. 7th Fleet area of operations.

On March 4, The John C. Stennis Strike Group (JCSSG) conducted routine operations in the South China Sea. The ships transited the Luzon Strait on March 1 and have maintained a location in the eastern half of these international waters for four days.

JCSSG is the centrepiece of the Great Green Fleet, a year-long initiative highlighting the Navy’s efforts to transform its energy use to increase operational capability. The strike group is using energy efficiency measures to include technologies and operational procedures, and alternative fuel in the course of its normal operations.

Washington is utterly perfidious. No nation should trust any agreement they sign with Washington. Trying to make sense of their policies without understanding this is a waste of time.