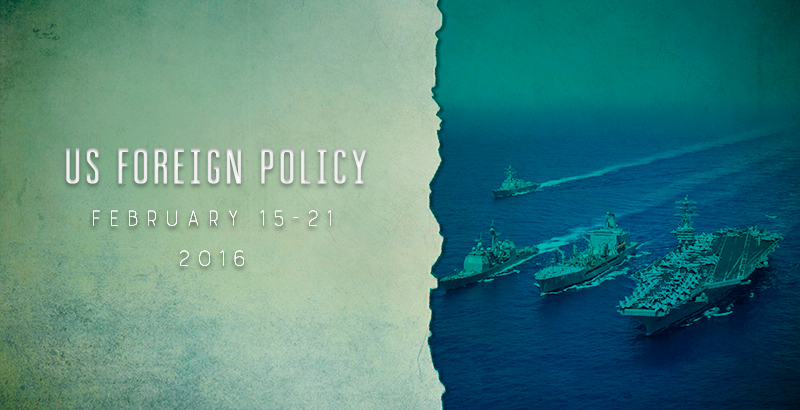 On Feb.19, the U.S. military conducted an airstrike in Libya targeting an ISIL training camp near Sabratha and Noureddine Chouchane, a.k.a. “Sabir,” a Tunisian national who was an ISIL senior facilitator in Libya associated with the training camp.

In May 2015, Tunisian authorities named Chouchane as a suspect in the March 18, 2015, deadly attack on the Bardo National Museum located in Tunis.  He facilitated the movement of potential ISIL-affiliated foreign fighters from Tunisia to Libya and onward to other countries.

Destruction of the camp and Chouchane’s removal will eliminate an experienced facilitator and is expected to have an immediate impact on ISIL’s ability to facilitate its activities in Libya, including recruiting new ISIL members, establishing bases in Libya, and potentially planning external attacks on U.S. interests in the region.

Dunford visited Cairo to demonstrate U.S. commitment to strengthening the security partnership between Egypt and the United States, according to a Defence Department statement summarizing the meeting.

In meetings with Minister of Defence General Sedki Sobhi and Chief of Staff of the Armed Forces Lt. Gen. Mahmoud Hegazy, the statement said Dunford affirmed his intent to deepen the bilateral relationship between the two countries. Among the issues the leaders discussed was the challenge of terrorism, where cooperation could be especially beneficial for both sides.

Dunford is the highest-ranking military officer in the U.S., and the principal military advisor to President Obama, Defence Secretary Ash Carter, and the National Security Council.

During sea trials, Blue Ridge will execute a series of exercises, testing every aspect of the ship and crew, from full power runs and boilers flexes to seamanship training including man overboard and abandon ship drills.

Throughout sea trials, the crew will be expected to maintain and demonstrate its high standards of operability and attention to detail. They will also be tested to show that the ship is ready for patrol season.

For many Blue Ridge Sailors, sea trials will be their first time spent underway and the first opportunity for them to familiarize themselves with life at sea, away from Yokosuka.

Blue Ridge has been forward deployed to Yokosuka, Japan, for 36 years. As the flagship for Commander, U.S. 7th Fleet, Vice Adm. Joseph Aucoin, Blue Ridge is committed to strengthening and fostering relationships within the Indo-Asia Pacific region.

The mission demonstrated the strength of the alliance between the United States and the Republic of Korea and the resolve of both nations to maintain U.S interests on the Korean Peninsula.

Also on Feb.17, more than 4,100 Soldiers from Fort Hood, Texas, are arriving in South Korea to ensure U.S interests on the Korean peninsula and deter North Korean aggression.

Planning for the Ironhorse brigade’s Korea rotation began before the brigade left for its October National Training Centre rotation last year, starting with identifying manning requirements for the rotation.

Even without sending any tactical vehicles or armour, the brigade still sent more than 50 containers of equipment to Korea.

One of the most difficult parts of moving a brigade is getting all the timing organized between the flights of Soldiers and getting the brigade’s containers to the port in time to get them shipped to Korea, said Maj. Albert Pride, brigade logistics officer.

Adding to the complexity is the number of different organizations, units and personnel involved, including the U.S. Transportation Command, U.S. Army Military Surface Deployment and Distribution Command and the 1st Cavalry Division Transportation Office, to name just a few, said Pride.

First on the plate for Ironhorse Soldiers is participating in regularly scheduled annual exercises with Republic of Korea forces.

On Feb.18, the commander of U.S. Air Forces Central Command said that as the U.S.-led coalition’s air campaign to counter the Islamic State of Iraq and the Levant in Iraq and Syria brings its capabilities to the fight, joint interoperability continues to degrade the terrorist organization.

Targeting ISIL logistics, command, control and weapons manufacturing are some of the areas in which the coalition has had increased success, said Lt. General Brown.

Videos showed Air Force and Navy aircraft using precision-guided munitions in airstrikes on financial storage and distribution centres, which Brown explained were planned to minimize collateral damage and to confine risk to just a matter of minutes.

Since the counter-ISIL campaign began about 18 months ago, the coalition has expended 519 weapons and conducted 119 strikes on bulk cash sites, gas and oil separation plants and crude oil collection points, Brown said.

The Iraqi security forces’ ability to retake the city of Ramadi from ISIL control is one example of how vital air power is in the counter-ISIL fight, Brown said, adding that airstrikes also have been critical in partner-force operations to take back Sinjar in Iraq and Al-Hasakah, in the far north-eastern corner of Syria, and the Tishrin Dam on the Euphrates River in Syria.

On Feb.19, the U.S and coalition military forces have continued to attack Islamic State of Iraq and the ISIL terrorists in Syria and Iraq.

Rocket artillery and fighter, attack and remotely piloted aircraft conducted 13 strikes in Iraq, coordinated with and in support of Iraq’s government: