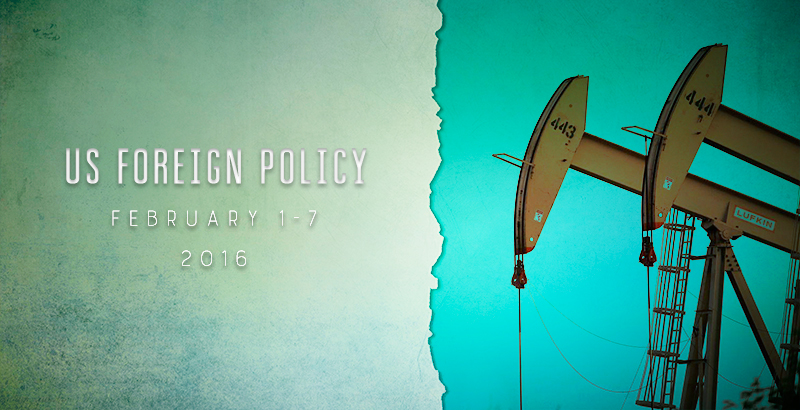 Speaking at the Economic Club of Washington, D.C., Carter said the $582.7 billion defence budget to be released next week as part of the administration’s fiscal year 2017 budget request, marks a major inflection point for the department.

Five evolving challenges drive the department’s planning, he said, including Russian interests in Europe, the rise of China in the Asia Pacific, North Korea, Iran, and the ongoing fight against terrorism, especially the Islamic State of Iraq.

The department must and will address all five challenges and across all domains, Carter said.

Highlighting new investments in the budget to deal with the accelerated military campaign against ISIL, the department is requesting $7.5 billion, 50 percent more than in 2016.

Of that, he said $1.8 billion will go to buy more than 45,000 GPS-guided smart bombs and laser-guided rockets. The budget request also defers the A-10 final retirement until 2022, replacing it with F-35 Joint Strike Fighters squadron by squadron.

To support the European Reassurance Initiative, the Pentagon is requesting $3.4 billion in 2017, quadrupling the fiscal 2016 amount, the secretary said, to fund more rotational U.S. forces in Europe, more training and exercising with allies, and more prepositioned fighting gear and supporting infrastructure.

To drive such innovation forward, the 2017 budget request for research and development accounts is $71.4 billion.

Carter said SCO efforts include projects involving advanced navigation, swarming autonomous vehicles for use in different ways and domains, self-driving networked boats, gun-based missile defence, and an arsenal plane that turns one of the department’s older planes into a flying launch pad for a range of conventional payloads.

The budget request also drives smart and essential technological innovation, the secretary added, noting that one area is undersea capabilities for an $8.1 billion investment in 2017 and more than $40 billion over the next five years.

The Pentagon also is investing more in cyber, he said, requesting $7 billion in 2017 and nearly $35 billion over the next five years.

The Pentagon’s investment in space last year added more than $5 billion in new investments, and this year the department will enhance its ability to identify, attribute and negate all threatening actions in space, the secretary said.

Carter is met with troops and defence community members around the country to preview the proposed defence budget.

Beginning with munitions, Carter said the sailors were the first to learn about a powerful new capability, secretly tested just last month that builds on the existing SM-6 missile.

He said the SM-6, already one of the department’s most modern and capable munitions, will be modified so that in addition to providing missile defence it also can target enemy ships at sea at extended ranges.

The overall number of Navy ships will build to 308 from about 280 today, Carter said, but numbers alone are less important than the ships’ capabilities and lethality, he added.

Carter said the Pentagon also will invest $600 million over the next five years in a new capability — variable-size and -payload unmanned undersea vehicles.

Defence Department officials and the Navy itself, agreed that 40 littoral combat ships was a sufficient number.

Plans in 2002 called for more than 50, he said, but today the department must balance its shipbuilding investments among higher-end, more capable ships such as the Spruance and the Princeton.

On Aegis destroyers, which Carter called the most lethal and capable warships ever built, the Pentagon will buy 10 new warships and modernize combat systems on 12 existing ships. For Navy aviation, the department will increase its purchase of fighters. 13 more F-35 Lightning II joint strike fighters and 16 more F-18 Super Hornets than were planned.

On Feb.1, Army Lt. Gen. Sean MacFarland briefed Pentagon reporters here via a live video feed from Baghdad on the progress of continuing efforts in Iraq and Syria to help local troops win against ISIL.

The task force is the operational-level headquarters charged with synchronizing combat operations and supporting coalition efforts against ISIL in Iraq and Syria.

MacFarland said the coalition conducted its first airstrike in Iraq in August 2014 and it’s first in Syria a month later. Since then, the coalition has conducted more than 10,000 strikes with two-thirds in Iraq and a third in Syria.

Coalition forces have trained more than 17,500 Iraqi soldiers and about 2,000 police since training began slightly more than a year ago, he said. And more than 3,000 soldiers and police are in coalition training sites, MacFarland noted.

The coalition has been flexible enough to modify training and equipping along the way, the general said, so they’re providing the most needed skills and gear.

The ability to integrate infantry, armour, artillery, air power, engineers and other assets on the battlefield gives the Iraqis an advantage over a static enemy dug in behind complex obstacle belts, MacFarland said.

Iraqi forces proved the value of modified training and equipping during the liberation of Ramadi, he added.

On Feb.4, the U.S. and coalition military forces have continued to attack Islamic State of Iraq and the Levant terrorists in Syria and Iraq, Combined Joint Task Force Operation Inherent Resolve.

Attack, fighter, ground-attack, and remotely piloted aircraft conducted 20 strikes in Iraq, coordinated with and in support of the Iraqi government:

On Feb.5, the Saudi Arabian government has indicated its willingness to do more with the coalition in the fight against the Islamic State of Iraq, Defence Secretary Ash Carter said at Nellis Air Force Base in Nevada.

Speaking with reporters after addressing airmen at the Air Force installation, Carter said he looks forward to discussing contributions to the accelerated anti-ISIL fight with the Saudis and 25 other nations next week in Brussels.

Saudi Arabia also has said it’s willing to take the lead in marshalling some Muslim-majority countries, he added, noting that the local population in Syria and Iraq will sustain the defeat of ISIL.

On other contributions, Carter said the Dutch also have said they are willing to join in the counter-ISIL campaign in Syria, as they have done in Iraq.

Approximately 7,000 Sailors make up the strike group, which is on a regularly scheduled Western Pacific deployment.

JCSSG is the centrepiece of the Great Green Fleet, a year-long initiative highlighting the Navy’s efforts to transform its energy use to increase operational capability. The strike group will use energy efficiency measures, to include technologies and operational procedures, and alternative fuel in the course of its normal operations.

The strike group expects to participate in a number of exercises during this deployment; training, integrating and building capacity with U.S allies in the Pacific region as part of an ongoing rotation of U.S. forces supporting maritime  operations in waters around the world.

JCSSG Sailors spent more than half of the past year underway preparing for this deployment to 7th Fleet. They completed Composite Training Unit Exercise and Joint Task Force Exercise throughout July and August as well as a sustainment exercise in October.

This is an international military exercise hosted by the Indian Navy to help enhance mutual trust and confidence with navies around the world.

From Feb. 4 through 8, more than 50 countries will participate in the event, according to the Indian Navy’s website. Some of the IFR 2016 events include: the Fleet Review and Fly-By attended by the President of India, and the International City Parade attended by the Prime Minister of India.

Antietam and McCampbell are forward-deployed to Yokosuka, Japan, and are on patrol in the 7th Fleet area of operation in the Indo-Asia-Pacific.