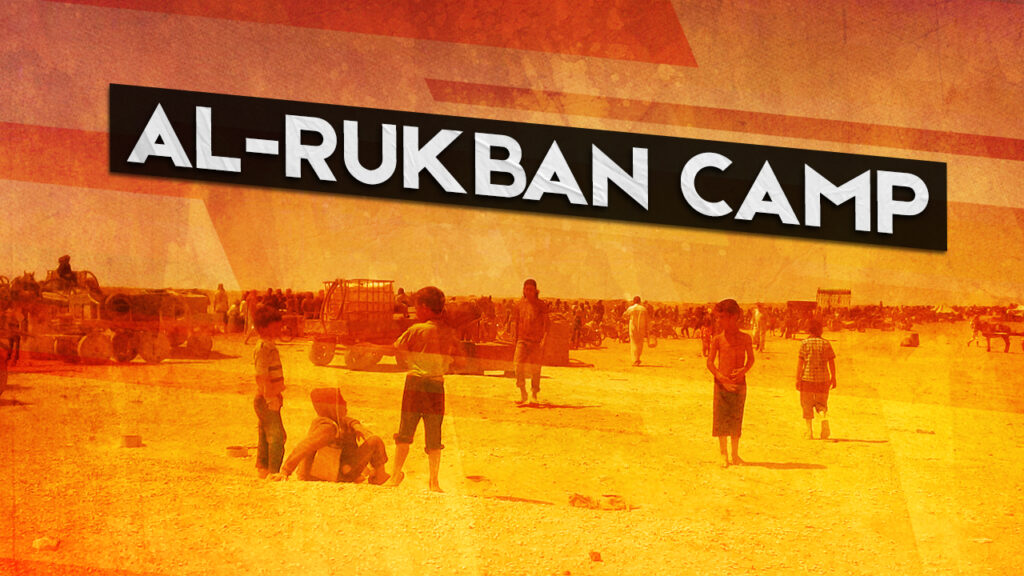 US forces deployed in the Al-Tanf zone in Syria continues to forcibly keep refugees in the Al-Rukban camp, the deputy head of the Russian Reconciliation Center, Rear Admiral Vyacheslav Sytnik, said on February 26.

He emphasized that the US continues its actions despite the rapidly deteriorating humanitarian situation in the camp.

According to Sytnik, the unwillingness of US forces to ensure the withdrawal of illegal armed groups and refugees from the Al-Tanf zone confirms “the US interest in maintaining the “conveyor belt” for training of extremists to maintain hotbeds of tensions in Syria.”

The Rukban refugee camp is located in eastern Syria in the US-controlled zone of Al-Tanf. Most residents tend to leave the region due to poor living conditions. US forces and their proxies forcefully prevent civilians from withdrawing from the area. Furthermore, in July 2019 the United States said that it did not intend to provide food to refugees in the Rukban camp despite the fact that the US military garrison is located just near the camp.

Hey friend, the Americans are the fields of freedom, they are not the Russian or Chinese fields, if you don’t believe it, ask a Yankee.

Hope everybody knows that the U.S. govt is openly supporting terrorists now, and they themselves are literal pirates. They are forcing locals to commit cannibalism, especially their own wahabinazi terrorists. What do you think what they eat if they have no food? Even dark Africa is more civilized, they usually wont engage in cannibalism even if they starve to death, May God help them. Ever seen a starving terrorist…? The advanced west… especially the crumbling pedonazi empire. Let that sink in…

Man who writes this articles for Southfront? 4 year old child can write better then this. Mixing milk and water here and the writer didn’t even double check himself. sneaking in ”Keeping illegal armed groups and Civilians from leaving the area” Lmao? The Million dollar question is why would an illegal armed group leave? the area!

Lmao! The article is intellectually bankrupt and major contradiction. It is basically very forced propaganda attempt that went completely wrong which puts dent into the rest of the story

The US aren’t forcing anyone to remain here, in 2016 there were 70,000 people in this camp, now there’s only about 10,000. Most of the Rukban refugees have already been relocated to Government held areas and the only people remaining in this camp are the one’s too afraid to leave, they’re afraid of legal reprisals for crimes they’ve committed during the uprising and don’t leave for that reason alone, bad luck. Jordan forcibly removes Syrian refugees to Rukban camp if they commit crimes in Jordan, they send them Rukban but they usually leave for Government held areas soon after they arrive, so no one stops them from leaving. A few years ago I used to say Isis and the other rebel factions actually ran this camp and they thoroughly terrorized the genuine refugees living there. They exhorted the refugees for food and medicine, they used them to smuggle drugs, they sold them as sex slaves, and maybe even body parts too, who knows, but I haven’t been saying that in my comment for at least 12 months now, probably a bit longer. I don’t say it because it’s no longer true, only the deplorables are left in this camp, and the US would have to forcibly kick them out for them to leave. In their twisted little minds they believe the US will eventually repatriate them to western countries if they stay in the camp long enough, but I think most of them will be sadly mistaken, only a few of them will be considered valuable enough assets to warrant a new life in another country, so let them suffer.

Its a slave camp. Just like Continental USA has become..

What is not mention is the rumours, and they are becoming more and more persistent is the process of organ trading from out of those camps controlled by the Kurds SDF and Americans military disappearing of young kids and healthy young people without a trace and nothing is being done about it because there are enough excuses they can invent to explain the fact these youngsters disappearing without any reason, but the facts of investigation does not lie there is a blooming trade in organs from the Middle East this to heal sick perverted rich western patients the US war machine is an evil and perverted culture of inhumanity that is a stain on the all of humanity