Two airstrikes against the Islamic State terrorist group were conducted by the US air forces near the Libyan city of Sirte. 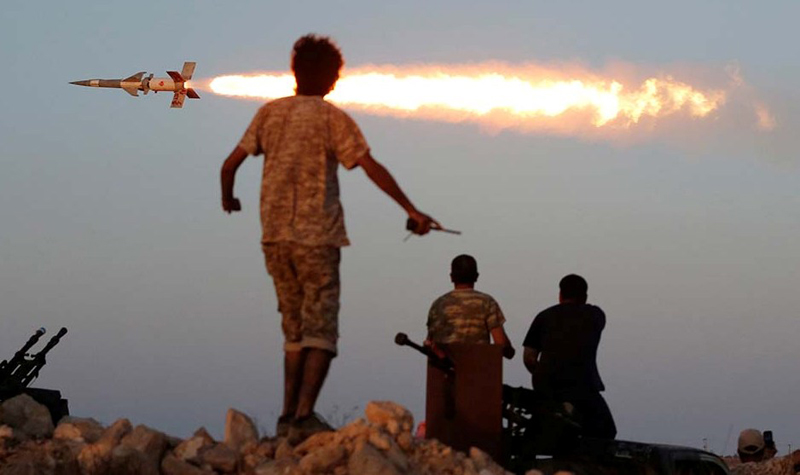 According to the US Africa Command (AFRICOM), two airstrikes against the Islamic State terrorists were conducted by the US air forces near the Libyan city of Sirte on August 4. The airstrikes were a part of an air campaign requested by the country’s national government.

According to the Friday’s AFRICOM press release, the US forces struck an ISIL “resupply truck” and an ISIL “logistics truck”. The total number of US airstrikes since August 1 has reached 11.

On August 1, a new airstrike campaign was begun by the US. The campaign, aimed at fighting the ISIL terrorists, was requested by and coordinated with the Libyan Government of National Accord (GNA).

According to the Pentagon, the campaign, called Operation Odyssey Lightning, will allow the GNA to make a strategic advance against the terror group’s positions in Sirte.

Meanwhile, troops loyal to the GNA continue to advance on Sirte. Since the start of fighting in May, the pro-government forces have cleared one quarter of the city and approached to the center. As of today, the terrorists are cut off from the port of Sirte and the industrial zone. But it is still difficult to knock them out – snipers work in Sirte, and the city is crowded with mines.

“The bastion of the Islamic State is a congress hall in Sirte, where the group keeps its arsenal, including tanks, car bombs, and rocket launchers,” the representative of the command of the pro-government forces, Mohammad al-Ghazi, said.

The army forces fighting in Sirte are mainly composed of brigades from the nearby city of Misrata. Many of them are former rebels who fought in the uprising that toppled Muammar Gaddafi five years ago. At least 350 brigade members have been killed and more than 1,500 wounded since May.

The Islamic State gained a presence in Libya in the turmoil following the 2011 overthrow of leader Muammar Gaddafi. The country has been mired in a civil war since 2014.