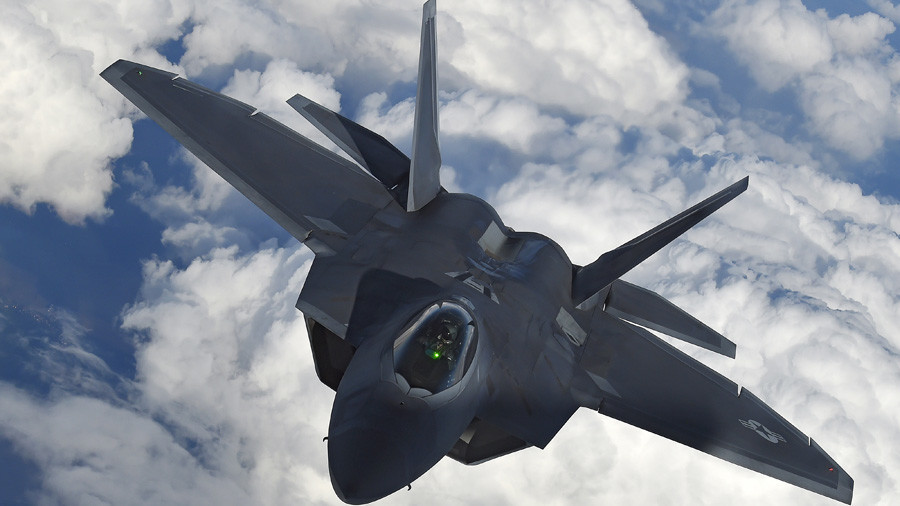 On February 12, a number of F-22 fighter jets from the US Air Forces’ 1st Fighter Wing arrived in the United Arab Emirates (UAE) as a part of an American response plan to recent attacks on the country.

The stealth fighter jets landed at Al Dhafra Air Base near the Emirates capital, Abu Dhabi, where some 2,000 US troops are deployed.

“The Raptors’ presence will bolster already strong partner nation defenses and puts destabilizing forces on notice that the U.S. and our partners are committed to enabling peace and stability in the region,” Lt. Gen. Greg Guillot, the commander of the U.S. Air Force’s Mideast command, said in a statement.

US officials declined to say how many F-22s were deployed in the UAE. However, photos released by the US Air Force Central showed at least six fighter jets at Al Dhafra.

🚨 HOT: @usairforce F-22 Raptors arrived at Al Dhafra Air Base, in the UAE, today as part of a multifaceted demonstration of U.S. support after a series of attacks throughout January threatened U.S. and Emirati armed forces stationed at the host installation.@380AEW pic.twitter.com/nAAZYK2BjV

The Houthis attacked the UAE with suicide drones and ballistic missiles on January 17, 24 and 31. Another attack carried out by a shadowy group known as the Righteous Promise Brigades (RPB) in support of the Houthis targeted the Emirates on February 2.

The US is not the only country taking steps to defend the UAE. On February 4, France announced that Rafale fighter jets based in Al Dhafra will conduct defensive patrols over the country’s territory on a regular basis.

The steps taken by the US and France do not appear to be of concern to the Houthis or their supporters. Very recently, the RPB threatened to hit the UAE harder than before.

Chris Gr
Reply to  the end

Always stirring shit up arent you?

The serbs were alone, we sll know that.

The Serbs wasnt alone. First Slovenia was allowed to leave. Next all started with heavy war and destruction where Serbes and Croates clashed and killed many of their own.

The Serbs went to be alone because they again demanded the rest to be citizens of theirs. They all said no. Monte negro so far was Neutral.

Of course the Serbs went to be alone None would accept their kind of solutions at all.

Even in Serbia ther was less then 65% serbs. It was 20% in Kosovo and close to none in Macedonia. Many serbs even today dont see the difference between their and Ours unless Ours are theirs.

Serbs made themself alone. They are no victims. Its more as if they still for good reasons are punished.

Are you Croatian? I have great love for Croatia 🇭🇷

No, I’m certainly not.

Are You blind. They came in busload after busload and plundred too to Denmark. They were told and many with gunthreat, they never should come back.

I have had a Bosniak college, which left Bozansky Brod under fire.

I million had to leave Kosovo for more then a while too.

Im sure it was Al Qaida and private Saudi money. They were 1000 and many of them settled there.

They created the first Bosniak army, which soldiers almost all was people, which has lost relatives.

They educated those Bosniaks into being very good light weight infantery using the few weapens, which was avaiable.

It has to be added, that the enemies very much was Croats makng terrible massacres. That later on was revenged hard by the Bosniaks.

You are Younger then me. I remember the fatal errors there too well.

Milosowich and Tudjman behaved like Hitler and Stalin dividing Europe but could not.

Good. Sewerbians are the same kind of subhuman whoresons born of turdkish rape as gayreeks and they deserve ethnic cleansing just the same.

Yesterday you were very against Bosnia and Bosniaks. You were like, do you like some serbian pounding, artillery pounding.

Icarus Tanović
Reply to  the end

What do you talking about? Serbs brutality, that’s World wide known.

What nation from the Balkans are you from?

So basically the UAE couldn’t handle the Houthis and had to call the US for backup. The US thought this would be a good time to shaft the UAE and sell them overpriced crap.

Not at all, The UAE and KSA made a deal with the US, the Wahhabis would sell their oil in US dollars ONLY and the US sell weapons and protect them. Both sides are Satanic fuks and would kill each other if they could.

Exactly. They could not do it with the crap they bought already. What makes them think they will have more success with more of the same crap? Those people a completely incompetent and should never run a country or even a military operation.

Only 17% of the 190 Americ*nt F-22s are actually serviceable!!!! Another example of their exceptional….corporate thievery. The fact that they are known as the “widow-maker” amongst Air Force pilot circles shouldn’t surprise then.

The US would kill all of its people and others to protect their petrodollar. It is just too good to print money from thin air. They would do anything to aid their Satanic friends in KSA and UAE.

Also, the US was bombing Yemen and is doing so to this day, you think most of those Wahhabis know how to fly a fighter jet, or where to attack besides civilians.

Don’t think so. F-22 only looks good on paper. They always showcase their toys but never let them near a real combat. The disaster it would create if one should be shot down or such. Same like those tomahawks they send so bomb Syria. Only a handful got passed the air-defense. One or two even failed right after launch. It proved to be junk that is only useful if no counter-measures are in the way. Same like they test their shit, not under real combat conditions.

The Houthis Air force must be pretty massive!

Dude, they are legendary :-)