The US forces have started to expand a military airfield near the Syrian city of Kobani in order to provide more support to the Raqqa operation. 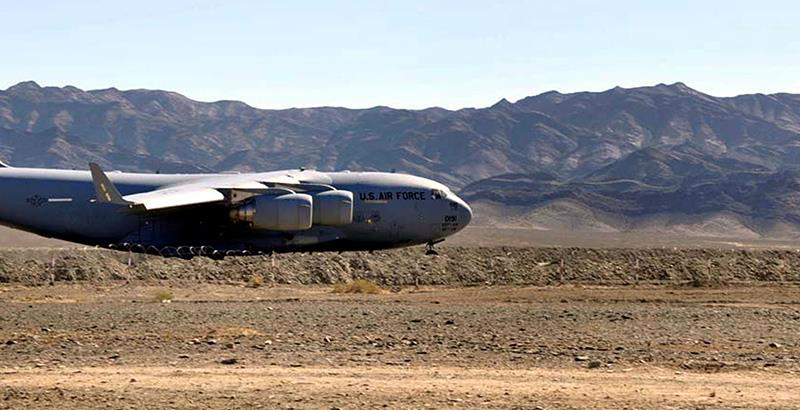 The US has started to expand a military airfield, located near the Syrian city of Kobani, in order to increase its support to the operation on Raqqa liberation, the Anadolu news agency reported, citing General Carlton Everhart II, one of the commanders of the Air Mobility Command (AMC).

According to the news agency, the General reported the US Congress on the operation of the Air Force Materiel Command (AFMC), as well as noted that they were extending the airfield in northern Syria. The statement was made during a meeting at Joint Base Andrews in Prince George’s County, Maryland.

Everhart pointed out that this move would play an important role in the process of transporting of materials, equipment and personnel.

Meanwhile, spokesman for the US Central Command (CENTCOM), Colonel John Thomas, noted that the expanded airfield, located near Kobani, 90 kilometers to the north of Raqqa, “will help the coalition supply partner forces in operations against the enemy in Raqqa,” as well as can be used in order to “handle coalition cargo aircraft that can help with logistics in the anti-ISIS campaign.” The statement was made in a letter, sent to one of the Reddit users, who asked the CENTCOM media office to clarify the information about the military airfield near Kobani, posted by Anadolu.

The news agency noted that before building the airport near Kobani, the US forces used the Incirlik airbase in Adana, as well as the 8th Main Jet Base in Diyarbakir in Turkey.

Kurds lubing up the get screwed over by the US for the umpteenth time.

“Kurds Democratic Human Rights Republic” really exists, but so far not recognised internationally, it is a matter of early future. Kurds i Syria and Iraq will want to unit with Kurds in Turkey, Erdogan know it. This is the reason of latest rough tension in US and Turkey relations. New “Kurds Dem. US Republic” is coming to be a new ally of US id Mid-East region. They lost a lot there, and now are trying to catch anywhere…

The situation gets more and more confused and open to rapid changes.

Let me paint an unlikely scenario that might even, partly, happen.

KRG declares independence incl Kirkuk and Singal. Turkey gets so mad, Erdogan threatens invasion of KRG. Barzani kisses up with PKK, PUK and PYD and gets into a grand alliance.

The US supports with money and arms and get several great airbases and a dependent ally.