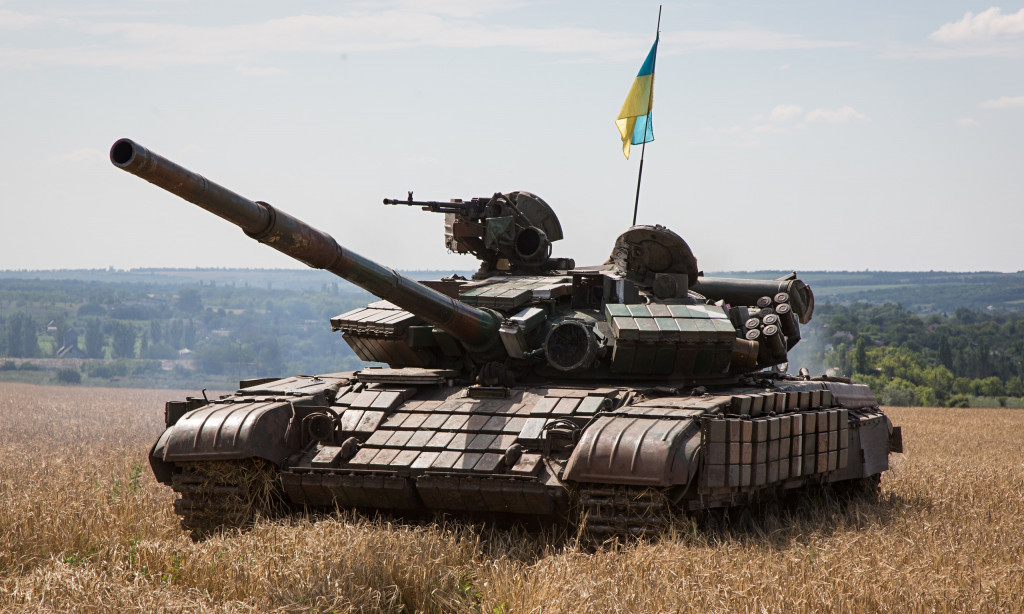 Army of Novorossia evacuated from the area of ​​the Belaya Kamenka (Telmanovskiy district) Ukrainian tank with US equipment. This was stated by Deputy Commander of the Corps of the Ministry of Defense of the DPR, Eduard Basurin.

“One of the tanks, equipped with American produced radio station “Motorola”, with the flight of the Ukrainian military was thrown at the forefront. Our forces have been evacuated, they will be restored and will soon go into service units of the army DPR “, – he said.

In August 2015 near the village of Belokamenka, tank units of APU attempted to break, but were forced to retreat.
We add that, as the Western media reported today, the President of Ukraine Petro Poroshenko asked the new US arms supplies to the APU. “For us it is important to support the TTIP.

It is also important that our country has received support not only in words, “- said the Ukrainian leader in an interview with the Independent, Washington Post and Welt.