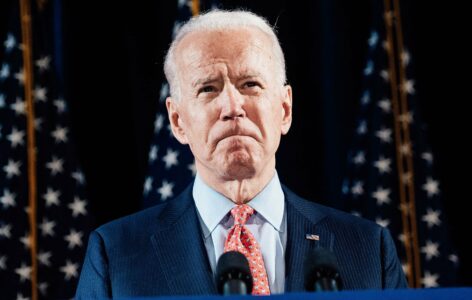 Faced with the prospect of both regional and strategic rivals having similar (or greater) capabilities the US leadership is pushing the belligerent thalassocracy to seek strategic security talks, primarily with Russia.

Contraction of military might and capabilities has always been one of the indicators of decline among global powers and the United States is certainly no exception. Ironically enough, one of the very reasons why this becomes inevitable is precisely the overreliance of superpowers on their militaries. Putting too much emphasis on the armed forces, overextending their use and investing excessive resources in them nearly always ends badly. There are numerous historical parallels that prove this, some of which happened relatively recently.

For instance, the USSR’s deeply traumatic experience during the Second World War when tens of millions of its citizens were killed during the Nazi German onslaught made it more militarized in the postwar period as the country tried to ensure no such attack would happen ever again. However, this approach was one of the very reasons for the Soviet Union’s unfortunate dismantling as its economic might was essentially hijacked by the military. This eventually led to systemic problems which resulted in the disintegration of the country. Modern-day Russian Federation corrected that mistake by focusing on the economy and maintaining optimal military power.

It now seems the US military is going through a state not dissimilar to what the massive Soviet Armed Forces were going through during the late 1980s and early 1990s. This was also confirmed by a top American military commander who has warned that the might of the US military deterrent is fading and that “America might not be adequately prepared for a large-scale military engagement.”

“As I assess our level of deterrence against China, the ship is slowly sinking. It is sinking slowly, but it is sinking, as fundamentally they are putting capability in the field faster than we are,” Navy Admiral Charles Richard, Head of US STRATCOM (Strategic Command), stated during a conference in early November, according to a report by the Wall Street Journal’s Editorial Board, adding “as those curves keep going, it won’t matter how good our commanders are, or how good our horses are — we’re not going to have enough of them. And that is a very near-term problem.”

“Note that modifier ‘near-term.’ This is a more urgent vulnerability than most of the political class cares to recognize. Adm. Richard noted that America retains an advantage in submarines — ‘maybe the only true asymmetric advantage we still have’ — but even that may erode unless America picks up the pace ‘getting our maintenance problems fixed, getting new construction going.’ Building three Virginia-class fast-attack submarines a year would be a good place to start,” WSJ Editorial Board wrote.

Indeed, the US military says that it was “caught by surprise” last year when the Chinese military tested a hypersonic weapon that flew around the world, meaning that any American city or military facility was at risk, quite possibly without the weapon even being detected. The US claims that the test most likely involved the use of FOBS (Fractional Orbital Bombardment System), a Soviet-era technology developed during the 1960s, when Russia was seeking ways to gain a strategic edge over the US. China is only the second nation in history known to have developed such strategic capabilities. The US itself never managed to field FOBS, meaning that the belligerent thalassocracy is now faced with two countries that do, as both Russia and China have it.

The development of modern iterations of the FOBS technology and other strategic capabilities is closely linked to hypersonic weapons, another field in which the US has fallen behind both Russia and China in recent years. The WSJ Editorial Board also noted that the US lost the hypersonic race to Russia and China years ago and that the issue “deserves hearings in Congress.”

“Educating the public about US military weaknesses runs the risk of encouraging adversaries to exploit them. But the greater risk today is slouching ahead in blind complacency until China invades Taiwan or takes some other action that damages US interests or allies because Beijing thinks the US can do nothing about it,” the WSJ Editorial Board concluded.

“We used to know how to move fast, and we have lost the art of that,” Richard said, adding that “the military talks about how we are going to mitigate our assumed eventual failure to keep up when it comes to ballistic sub[marine]s, [strategic] bombers or long range weapons. What’s it going to take? Is it money? Is it people? Do you need authorities?”

Although many in the US establishment, particularly those with deep ties with the massive US Military Industrial Complex, certainly have a vested interest in seeing an increase in military spending and procurement of new weapons, the notion that America is slowly falling behind in many key capabilities is factual.

As countries such as North Korea and Iran also seem to be catching up to the US in terms of hypersonic weapons, this will put even more pressure on the crumbling, overextended US Empire. Faced with the prospect of both regional and strategic rivals having similar (or greater) capabilities the US is pushing the belligerent thalassocracy to seek strategic security talks, primarily with Russia. The State Department’s recent statements are a clear indicator of this. However, the question is, can Russia, China and other global and regional powers trust the US given its unflattering track record?

What happens when Empire launches a “casus belli” https://wikispooks.com/wiki/9-11 https://www.ae911truth.org/ of epic/epoch proportions and gambles it’s future in the process…

Only to have it’$ business associates https://www.911research.wtc7.net/wtc/groundzero/cleanup.html turn on them, even after they make deals ignoring the Truths and their responsibilities under international laws that the Ho$t of that charter continues to betray -as do they!

In The End this means WW3 Victory For Al-Qaeda, Nazi Germany, and Imperial Japan.

1. filthy jews were royally Holocausted 2. legless americunts were Pearl Harbored 3. r1b and r1a were Twin Dildoed. 4. poo tin had his legs broken at Odessa 5. soleimani was shot in the head and dumped in rivers

Call it the Fourth Turning or just plain cultural and societal degeneracy as the gerontocratic kakistocracy of the so-called West seeks vainly to retain evaporating power with one foot already in the grave. The entire angloZionaZi empire of shit is going down the sewer and their destruction of rump Ukraine is merely another symptom of the co££ap$€ of their fiat filth stranglehold over their vassals.

and Rump Ukraine, the bite too big to swallow.

^phaggots like this guy should be shot mid sentence.

US and UK have been killing and genocide 6million of innocent peoples in The Middle East lol.

Gosh, has anyone considered peaceful co-operation?