The US State Department has designated the Jund al-Aqsa jihadist rebel group as a terrorist organization. 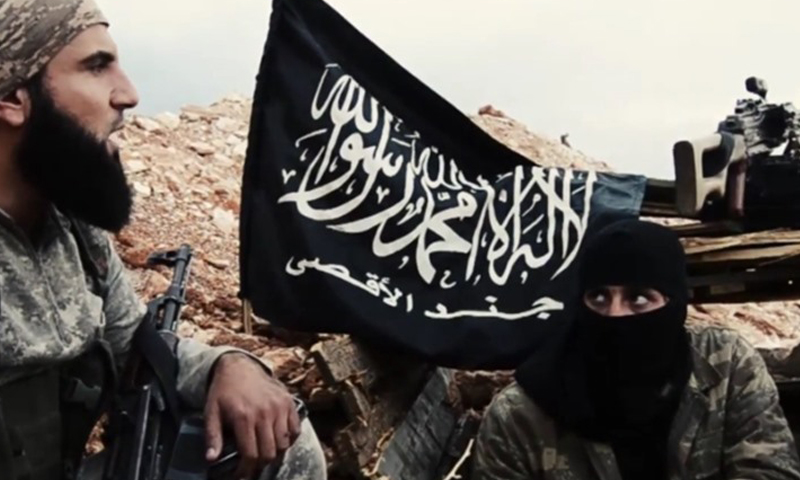 On Tuesday, the US State Department announced an introduction of the Jund al-Aqsa jihadist rebel group in the “government list of international terrorist organizations,” as well as blocking of all property subject to US jurisdiction, in which the group has any interests, and ban on engaging of US persons in any transactions with the group. According to the statement, the Jund al-Aqsa continues to be one of the branches of the Al-Qaeda in Syria.

The Jund al-Aqsa is responsible for organization of a series of terrorist attacks on the territory of Syria and killing of civilians. In 2014, terrorists of the group committed a massacre in the village of Maan in Hama province, killing more than 40 civilians. 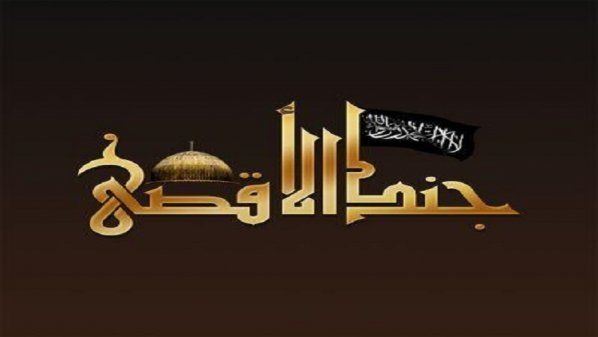 Logo of the Jund al-Aqsa

It is unclear how the US is going to separate Jund al-Aqsa terrorists from the Free Syrian Army (FSA). During recent weeks, the both groups have been conducting an offensive against the Syrian Army north of Hama. Two Chechen groups, the Ajnad al-Kavkaz and the Jund al-Sham, are also operating in a coalition with them.

Will remind, the US has blocked Russia’s bid to the UN Security Council for recognition of the Jaysh al-Islam and the Ahrar al-Sham as terrorist groups. 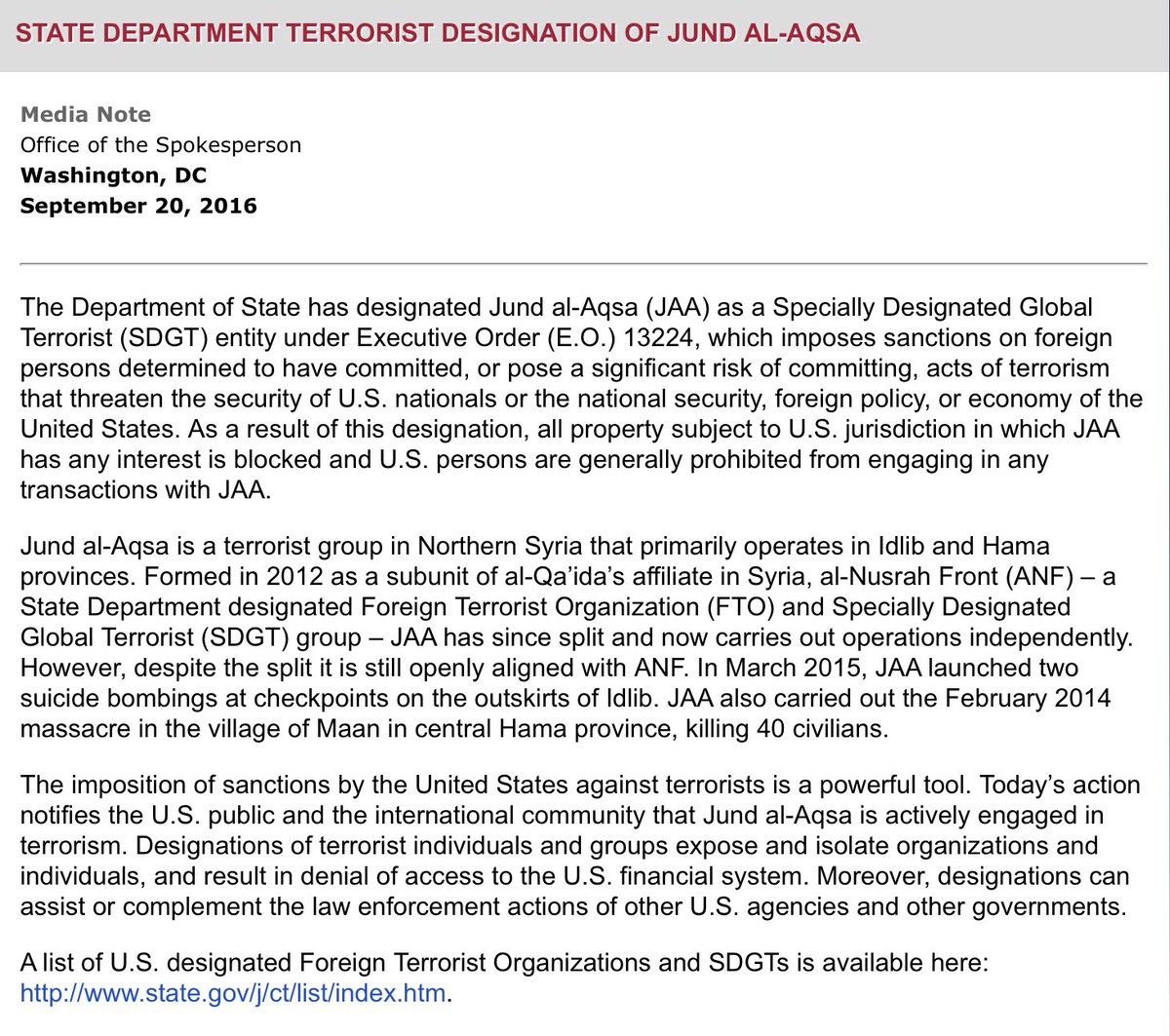