Troops of the US Special Forces have been deployed in the western Afghan province of Farah bordering with Iran, a spokesman fro the Afghan Defense Ministry Mohammad Radmanish said on August 5.

According to the military official, the US Special Forces will traing Afghan troops there and will not participate in combat operations in the area.

No further details were provided.

Since US President Donald Trump took his office, the number of US troops deployed in Afghanistan has significantly increased: 8,500 in early 2017 to 14,000 in earliy 2018.

Despite this, the US-led bloc and its allied Afghan government have still been unable to achieve any signficant progress in combating the Taliban.

Deployment of the US troops in the province of Farah is another attempt by the US military to set conditions for operations of the US-backed force against the Taliban in this part of the country.

This has Fuxx all to do with Taliban. It’s a deployment in support of whatever is being cooked up against Iran

Yep. I have a feeling they may turn to their old allies, ISIS

Agree. First they evacuate ISIS members from Syria to Afganistan. Now they give them training on the border of Iran.

ISIS on the border of Iran in a difficult terrain is insignificant, IRCG killed them in droves in Syria, the same will happen here.

You’ve missed the point Sir. You are free to search the following:
1. Biden admits the Taliban isn’t an enemy of the US. Dailymail.

5. Surprise link: https://www.youtube.com/watch?v=YW4CvC5IaFI&t=0s&index=2&list=FLbp3rkUf5-hFZRzOirx_EsQ
6. The recent shutting down of Alex Jones is nothing. You should expect to see the US Government and media officially tear up the US Constitution. Quoting GW Bush, It’s just a piece a paper.
7. What ever Israel want’s Israel gets.
8. 3 Israeli News sources: POLL: Israeli’s are the least religious in the world. i.e. God UnChosen?

“Troops of the US Special Forces have been deployed in the western Afghan province of Farah bordering with Iran” ……. you really are going to come a cropper soon, Yankers.

Any US and their allies provocation will activate Iran missiles to eliminate all US and Israel military bases from Afghanistan and Middle East region along with their carriers and marine vessels.

US, NATO and Israel travelled thousands of miles and destabilizing Afghanistan and Middle East region. Any idiot would be calm on this.

Netanyahu”s magic touch on Putin is quite controversial! Is He controlling both Russia and USA?

Netanyahu is just securing a backdoor if Washington/London dont need them more as scapegoats in the game.

(drumming fingers…) Could be just what they say it is. Would depend on the size of the unit sent to the area. If it is to “train indigenous forces” it would amount to less than a Company (an SF company is around 60 people — hardly an invasion menace). If it were an offensive deployment it would be a Battalion at a minimum and it wouldn’t be advertised, you wouldn’t know about it until bombs started dropping in Iran.

Unless their intention is to lead the local army there against what ever they been send there to do.

Yes, rather like the ill fated and UK /Saudi manned ‘FSA operations room’ that was located safely in Jordan :)

I am sure that the Iranian security establishment has studied the beginnings of the war in Syria that is the template for interference in Iran by the US Coalition of Terror.

Nah, that’s not about invasion – that’s about training ISIS scum that their airlifted from Syria to Afganistan.

well the opium production is increased and that was the target.

The sheeple still believe in the media bs about “winning war against” and “making democracy”.
USANato got what they came for: Controle of 9000t Afghan heroine business.

Canada demanded the immediate release of human rights campaigners that swept up in a new crackdown while underscores a newly aggressive foreign policy led by Crown Prince Mohammed bin Salman,

The Saudi foreign ministry tweeted that “The Canadian position is an overt and blatant interference in the internal affairs of the kingdom of Saudi Arabia,”

But now the question arise that what Saudis are doing in Yemen that is not blatant interference in the internal affairs of the Yemeni nation.

Well, I can respect the Saudis for telling the Canadians to fuck off with their human rights meddling. Especially since they elected such a politically correct SJW government. But then again I do intensely dislike the Saudis. So I reckon they’re still the bigger assholes.

They also expelled the Canadian ambassador. They can’t abide any spot light on them, as they have conned the (western) world that Iran is the problem.

These human right activists are in fact US and Israeli spies.

Syria was a joint US & Saudi Op also!!

The Saudi regime are indeed large arseholes, in fact KSA is basically this: 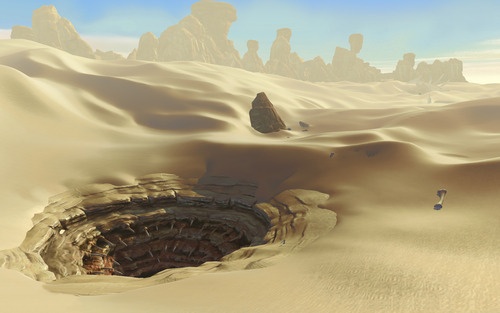 Gee, I hope that is big enough to swallow all the head-choppers!

Training local troops, always the buzzword and the final straw of hope that this will provide the US with an exit strategy. Of course they have been trying it since Vietnam without much success. And yet they keep on trying.

Advising, equipping, training, air support. It’s worth trying. Total failure in Vietnam. Afghanistan feels like it will be another Vietnam. Successful with Iraqi army & SDF.

Training their Isis scumbags who they airlifted out of Iraq and Syria. They must think people are stupid to believe this zionist crap,plan A or plan B didn’t work in SYRIA, so they are going to their plan which is destroy Iran and take its resources,and that will allow israhell to expand as they assume without Iran Syria, Iran etc will fall.But it won’t happen,israhell will be destroyed if Iran is attacked,no ifs or buts.

how to defeat Taliban in Afghanistan? Nuke Pakistan back to the stone age.

??????????? How about decriminalize drugs worldwide? Take the illicit profits out of it and US heroin production would end.. but wait, the same “authorities” that would pass legislation to do this are same ones profiting from the sale oh heroin. With the election of Pakistan’s new president we can be cautiously optimistic.

We(US) went to Afghanistan in 2001 because the Taliban destroyed 98% of the poppy fields, down to about 15 metric tons, down from 400 the year before. In 2002 the production was back to about 350 tons. We are in Afghanistan to protect the woeld’s heroin production. It is a $1trillion business. Now the production is done on Afghanistan and flown out in CIA aircraft. Does anyone on earth believe we give a rat’s ass about the Afghan people???

ISIS or USAS or ISISRAEL are the same: allies terrorist states.

Training their Isis scumbags who they airlifted out of Iraq and Syria. They must think people are stupid to believe this zionist crap,plan A or plan B didn’t work in SYRIA, so they are going to their plan which is destroy Iran and take its resources,and that will allow israhell to expand as they assume without Iran Syria, Iran etc will fall.But it won’t happen,israhell will be destroyed if Iran is attacked,no ifs or buts.

Hey Iranian Intel is Operating in the same Area…You are Finished U.S.A….Are you trying to Create a Base there, so you can Fly in your Famous ELITE-ISIS-SUICIDE-BOMBERS-TEAM? Make Sure You Neutralize those U.S. Special-Forces Iran & Afghanistan… They are just a Bunch of Worthless Western Treasenous Cockroaches anyway…

Of course, now they will try to infiltrate their terrorism in Iran, but they forgot something…Iran is not like the other countries in the area, this attempt will die in its early stage, very soon hehehehe

And so very slowly – 17 years later – the reason for the permanent US occupation of Afghanistan becomes ever clearer to anyone paying attention – as a forward base for operations against Republic of Iran and Russian Federation.

It seems to me that USA try to protect its ISIS terrorists in Afganistan.

And threaten Iran at the same time. The line about “will not participate in combat operations…” means “against Taliban” but they will engage in intelligence gathering on Iran.

The Afghans must be the dumbest people in the world. Too much time spent fondling “teaboys”. Haven’t we been “training their army” since 2001. My six year old niece would be Chief oF Staff of Nato forces in half that time of training!?

we CANNOT let this happen!!! USRAEL MUST BE STOPPED!!!