US Defense Secretary Jim Mattis has claimed that the US is not engaged in “the Syrina Civil War” and the recent US strikes on the Syrian Arab Army in the province of Deir Ezzor do not mean that the US is getting into it.

“It was self-defense. Obviously, we are not getting engaged in the Syrian civil war,” Mattis said.”I believe that they [government forces] are, right now, west of the [Euhprates] river.”

Earlier the US-led coalition claimed that pro-government forces had attacked a headquarters of the US-backed Syrian Democratic Forces where the coalition’s military advisers were also deployed. Responding to the alleged attack, the coalition carried out a series of strikes at SAA positions.

Later, the mainstream media started releasing reports that over 300 government troops particiapted in the attack and over 100 of them were killed. MORE DETAILS

More disgusting zionist lies,,this is for the american sheeple,to make them think the american zionist puppet terrorist army, are the good guys,and are only protecting the democracy seeking syrians,when in fact they are protecting isis and their offshoots.

It also says something about the Sheeple….. when the shit hits the fan you can always say; Ich habe es nicht gewusst…….

I had previously though of Mattis and Tillerson as largely honorable people. I’ve been proven wrong.

They dont call him MAD DOG MATTIS for nothing.He is an out and out Psychopath.

Each time he’s lying his wrinkles adds. Just looking at his rag sack of a faces should tell you something.

This name was in relation to his (Mattis) extensive use of phosphorous munitions in Iraqi operation many years ago, so yes, this would support the psycho-analysis.

Can’t blame him……he has been in the “Poppy Fields” waaay too long……..should have gotten him out before it was too late…

I can assure you that there is no more respected military leader on this planet than “the Monk”.

MikeH
Reply to  Bird of Prey

There is a large difference between being respected in the field of death and destruction and being an honorable man. They may coincide but not in this case.

In American & European Politics…… Honourable People do not Exist…….

No. Self defense it’s in own or public US teritory. There is Syria, but with Alzheimer infected HQ staff, the US army blow everything the Alzheimer likes to.

“It was self-defence” – what a delusional, lying, Zio-Yank POS.

I have never seen the war in Syria as a civil war but a war by proxies for expansion of israhell.

The US military has become clones of politicians and he’s carrying on the tradition of lying through ones teeth and making illogical statements, as if they make sense. They have learned the art of deception from their Israeli friends poorly though. They have become prolific, but not believable. However, the police trained in Israel have learned their lessons much better. They have been killing unarmed citizens with the mantra, ‘I feared for my life’ very successfully. The entire US system of government, from POTUS down to the city council level has become nothing but a mass of liars, the worst of the worst, pretending to be pious, honest and patriotic…and they are none of that, they are only facades covering their true criminal natures. Sooner or later (probably much later) Americans are going to have to fucking wake up. I’m getting a little long in the tooth, but I hope I live to see it.

I agree. Here in America we have much to change, like ‘secret’ city council meetings and ‘legal’ bribery.

These are same in all of North America here these traditions have been expanding into Central and South America. This also occurs in EU already they are afraid of the public and it is becoming more self evident. Think it’s all these Post Modern philosophies coming home to roost.

Should look up Jordan Peterson on YouTube one of the few Professors teaching anything of value to students.

Their whole careers phony and a bloody Lie! They create careers….. they create Brave stories!!!! Like a couple of SAS-Dudes destroying the entire Iraqi Army……. All f*cking Lies……Jim Mattis was in Barbados during every War……….

Look at this grinning idiot… what a fucking retard.

US MADE OSAMA BIN LADEN LATER HE TERRORIST ,THEN SADAM HUSEN LATER HE MAKE CHEMICAL WEAPON , THEN MADE ISIS NOW SDF FOR OIL FIELD

It was self defense, but…. US is being sanctimonious here. Slowly they are being sucked into this civil war. The actions of Assad have not helped here.

But then, what can one expect from a power hungry ME potentate that got his fiefdom handed to him by daddy Assad?

Another sexually inadequate loser found. Get a life loser.

Don’t think I gave you permission to respond to me…..

I have to live with these numbnuts on a daily basis……… one of the reasons I leave this country soon…….them is braindead…. like a large chunk of the rest of humanity…..

Fucking dumb cunts like you shouldn’t be allowed to spew their bullshit online.

Just block them sir. There’s endless of them and none worth attention to begin with.

Right. Its annoying to see how backwards people can be. With the advent of the internet and accessible information there’s no excuse to be so guillible and stupid like that anymore.

dutch being an idiot again as there are no SDF/YPG forces here just the old ISIS groups reconstituted as the DMC. There was no self defense as they called the strikes by local US/ISIS proxy DMC after refusing to honor an SDF deal in exchanging oil and gas for medical and allowing convoys thru. The US had opened the floodgates to destroy the temporary bridge across the river into Deir ez zoir Cty which straddles both sides of the river for you not good in geography.

Look how Assad got his approval like his father as they are both moderate thinkers and strong supporters of secularism, that people either choose you or they don’t. Fact remains they are the ones most trusted by the people, and there are just nobody else as they can’t seem to be trusted as the Assad’s as they support all religions which is not even true in Israel or other ME potentates dutch is so enamored with.

Even you are starting to support ISIS now typical of a US stooge, go hang you head in shame village idiot.

Mr Trump, I want you to get out of Syria now. The only folks who really want our military there are the contractors and representatives of the Military Industrial Complex.

Another lying commander in chief/scumbag rich guy. Guess he’s not up for being a martyr like Kennedy. No honor Donald you stooge.

Of course they are not involve in Syrian civil war…thats why they are training FSA in Al Tanf and provide them manpads to shot down Syrian & Russian jets….they are NOT involved!.. above all main petrol/Gas yields are now under US control!…ISIS moved the branches..and US picked up the fruits!

ISIS moved the branches..and US picked up the fruits!
Nice turn of phrase Mr. Escobar, are you a writer ?

Self defence of Usa/Cia on Syrian soil?
He believes, that the planet is populated by idiots?

Is this Rob SPAM? 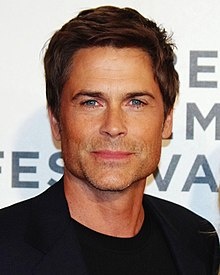 The US is becoming more and more marginalized in the world. Assad is still in power and the humiliation of the US by Turkey who have totally ignored US and attacking their allies while US is standing and watching like a duck. So soon Kurds will realize that howmuch is useless this deal with US.
—————————————————————————————————————————–

Is this guy serious.

as
Reply to  EoF

He lies so aggressively and forcefully that we have no choice except to believe it.

It is the best way to lie. Republicans are woefully inept at it while the Democrats use lieing to grab and hold “the Narrative”
while us Republicans sputter and try to “Defend”.

One of Many…..Many…….since the very first day….

But Syria will never divide because God have protected it.

US is not involved in Syrian civil war – because it’s just another “police action”, like Korea and Nam I suppose…

On daily bases Trump, Netanyahu and Erdogan air strikes on Syrian nation. No body is safe in Trump controlled Syria.