The failure of the Western-backed jihadi factions in Aleppo city has pushed the West to remember the idea of ‘diplomatic solution’ of the Syrian crisis. 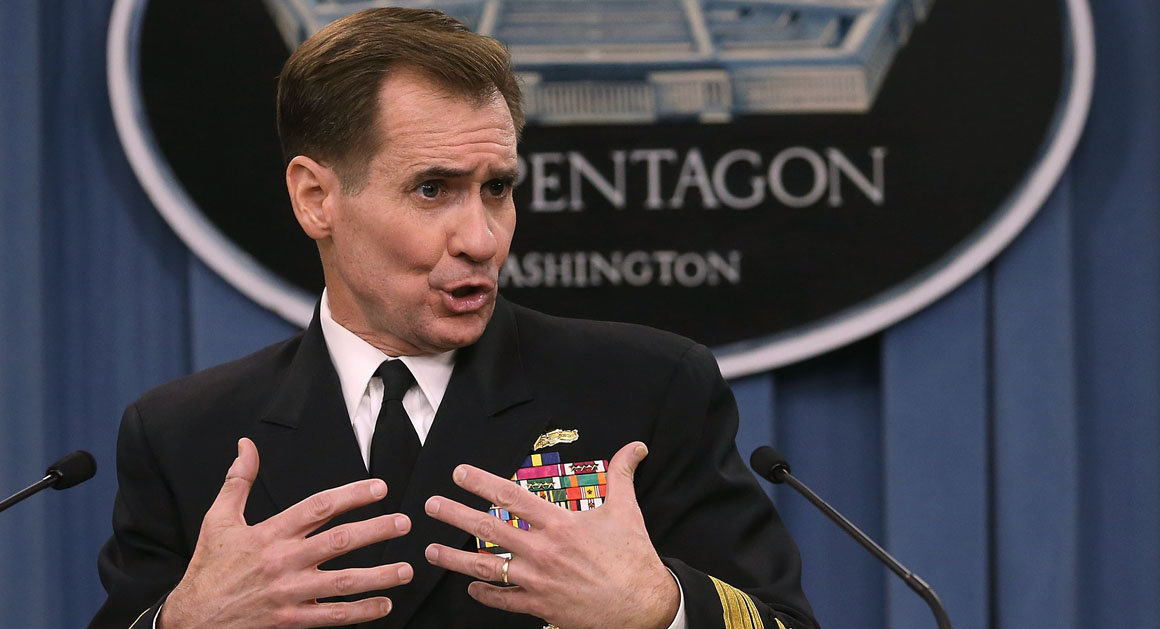 On July 27, the Spokesperson for the United States Department John Kirby said that the US authorities expect that the conflict in Syria will be resolved through diplomatic channels

“We are working on a diplomatic solution,” he said at a briefing.

Kirby stressed that the US are “holding good discussions with Russia” on this topic.

“Progress along this path towards sustainable truce is the basis for holding the negotiations,” he said.

The intersting fact is that Kirby’s statement came after the fail of the militants’ attempt to counter-attack in Aleppo city.

Today, on July 27, when the Syrian army and the Kurdish YPG countered all jihadi attempts to re-open the strategic Castello Highway and liberated more areas of Aleppo, French Foreign Minister Jean-Marc Ayrault and his British counterpart Boris Johnson called for the Syrian government forces to end their “disastrous” siege on the city of Aleppo.

“The ministers solemnly called upon the Syrian regime’s allies to bring an immediate end to these operations which violate the truce agreed in Munich, and international law,” they said in a joint statement.

The question appears why does the West call for “diplomatic solution” every time when jihadi factions face a loss in Syria?

It’s easy to notice that statements about a ‘diplomatic’ solution of any conflict appeare as soon as a side, opposing the US ruling elite and its allies, starts to get the upper hand.

It could be observed in the Ukrainian conflict, where the US maintains a formal pro-Western ‘progressive’ regime. Now, it’s clearly seen in Syria, where the US and its allies actually support the terrorists in order to set control over the Middle East (oil production and logistics).

Is this sarcams or Washington really believes that nobody can find a trend in its actions?

Yes, the game is old and stale but, still costing the lives of many.

Depopulation was the goal all along. Notice how Israel tries to depopulate Palestine, the Golan, West Bank and so forth. For each scenario a custom strategy is needed. However, the goal is always the same. When the population leaves or retreats, then Israels move in and fence it off. They will do this all the way to Tehran 200 years from now if the world lets them. http://realzionistnews.com/

It’s a mess. Some people still think they can geta handle on the world. It is not possible when all one wants to do is take advantage of others. The payment always comes due. have a great evening Anti-Racist. :)

It’s a sound plan, justified. All that needs to happen is for Kurdistan to be a thing, in Syria, Turkey, Iraq and Iran, to weaken all of these countries, and lessen the threat they pose, to Israel (Iranian commanders talking of missiles pointed at Israel ready to fire, real nice!) and in terms of supplying terrorists (Turkey with ISIS/Nusra etc., Iran with Hezbollah) as well as having a real big pain in these countries asses, right on their doorsteps to distract them from killing each other and eager to keep the peace with such a radically different map. So everybody’s happy, the Saudis’ view of Iran’s hegemony over the area is lessened due to the Kurds’ states, much decreased tensions and terrorism all around.

Israel should’ve pushed out all of the ‘Palestinians’ in the 60s just like Gandhi should’ve done the same with Muslims in India when Pakistan and Bangladesh were formed; both would’ve saved an infinite amount of hassle. The Palestinians only arrived a few years before the Jews built Israel up and mostly at the same time, and they came from the likes of Jordan and Syria so they’d only be going back home, where there’s a vast amount of space for them. Seeing as how Israel is the most democratic, advanced state for a thousand or so miles, would it be such a bad thing to spread? It would never happen obviously, but its neighbours are fascist dictatorships with awful records on human rights, religious, womens, gays etc., I don’t know why you’re so obsessed with Israel when its neighbours are the worst states on the planet.

Keep in mind that a “political” solution means “polling” the Syrian people (AKA: elections) and any one who knows anything knows that Assad is so sure to be the winner, that the ‘West’ dare not name a contender to run against Assad for fear of getting laughed off the planet.

Finish the job and cut off supplies and communications along Turkish border and Allepo, until US provides tangible proof they are willing to de escalate the conflict. Even then, re branding Al Nursa as moderates will not fly, they need to be eradicated, the same way Isis needs to be eradicated.

Once Russia and Turkey agree on shutting down Turkey’s borders, it’s game, set and match. All conflicts are ultimately settled through diplomatic channels. The US is one of the few countries that hasn’t figured out you don’t need to murder hundreds of thousands of civilians to reach an accord.

The US is Zionist. Only one accord is desired. Push out the people so Israel can expand their fence and take more land.

Whish one is BAAL ?

The neocons not the US are Zionist or sympathizers. Israel is the way the US ruling elite project power into the ME. Ultimately even the most rabid, racist and bellicose people on earth end up either end up having to come to terms with everyone else. Either because they run their countries into the ground with their insanity or because they are beaten. Nothing is settled on the battlefield. It’s settled in the conference rooms.