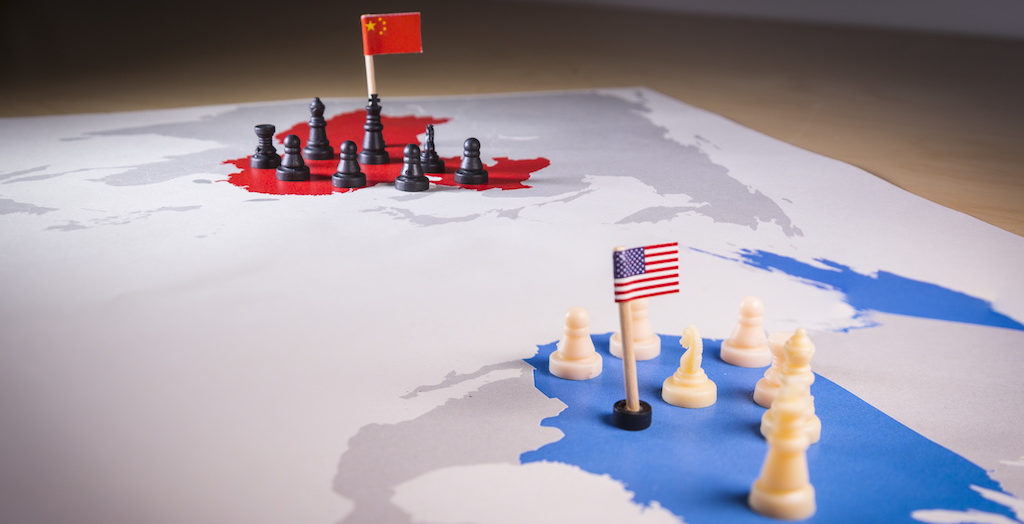 “With the private sector and democratic institutions increasingly under attack, this is no longer a problem the U.S. Government can address alone.  It requires a whole-of -society response involving the private sector, an informed American public, as well as our allies,” Director Evanina added.

According to the strategy, which was signed by President Trump on January 7, 2020 and can be found on the Department of National Intelligence website [pdf], three principal trends characterize the counterintelligence threats to the US.

The assessment is that in terms of intelligence, China is Washington’s premiere adversary, and Russia is primarily mentioned in the sphere of propaganda.

Upon even a simple glance, many of the emphasized points are specifically part of the Trump administration’s pressure campaign against Beijing.

It has five primary objectives:

“Foreign intelligence entities have embedded themselves into U.S. national labs, academic institutions, and industries that form America’s national innovation base. They have done this to acquire information and technology that is critical to the growth and vitality of the U.S. economy.”

This, in turn, puts at risk U.S. innovation and the competitiveness of American companies in world markets.

To counter it, the mechanism to detect foreign threats will be improved, awareness of foreign intelligence threats to the US economy, and identify and counter foreign investments that threaten the US economy.

“The exploitation of key supply chains by foreign adversaries—especially when executed in concert with cyber intrusions and insider threat activities—represents a complex and growing threat to strategically important U.S. economic sectors and critical infrastructure.”

The toolkit to counter these threats must be improved. The US needs to enhance its capabilities to detect and respond to supply chain threats, as well as to advance the supply chain integrity and security across the entire government.

“Many countries target the United States because it is a global center for high-technology research, technology and innovation. Foreign intelligence entities have embedded themselves into U.S. national labs, academic institutions, and industries that form America’s national innovation base.”

It has been known for a while that any new technology originates in the U.S., if it doesn’t originate in the U.S., but in Russia, for example, as in the case with hypersonic technology – then Russia simply stole it. The same is twice as valid for China, which according to the US has stolen, more or less, every technological advancement from the U.S. and/or others.

The detection for foreign threats to the innovation base must be improved, as Russia managed to steal the entire hypersonic technology, and then the U.S. apparently also entirely lost the technology and needs to fast-track its development.

Broaden awareness of foreign intelligence threats to the U.S. Economy. This, once again, relates to Huawei and its presumed spying.

Identify and counter foreign investments in the United States that pose a national security threat. Essentially, the protectionism will become much more severe.

“Foreign intelligence entities are conducting influence campaigns in the United States to undermine confidence in our democratic institutions and processes, sow divisions in our society, exert leverage over the United States and weaken our alliances.”

It’s unmentioned that most of the supposed influence campaigns are carried out by specifically U.S. media and one should not forget that providing any form of evidence is much better than simply throwing accusations around.

To counter these activities, however, the US plans to advance its counterintelligence capabilities and activities to detect, deter and counter such foreign attempts.

Strengthen partnerships across U.S. Government departments and agencies; with state, local, tribal, and territorial governments; and with the private sector. Thus, no other information designated as propaganda should be allowed, only the sanctioned propaganda.

And finally, foreign partnerships should be deepened and developed, so that any influence can be countered in a timely manner.

“Our foreign adversaries are capable of conducting cyber espionage and technical operations against U.S. interests around the world and they continue to develop new and more effective capabilities in these areas. Readily available and advanced cyber and technical surveillance tools offer threat actors a relatively low-cost, efficient, deniable, and high-yield means of accomplishing their goals.”

This can be seen in the campaign against Huawei and its 5G technology.

This objective will be achieved by wide trainings, improving the counterintelligence toolkit, specifically in the sphere of cybersecurity.

The report, in its entirety, repeats many of what is being done against China, and in part, against Russia.

The National Counterintelligence and Security Center really hide their rhetoric well. From what i can tell the threats are thus: 1. We are pissing more and more people off around the planet and expect a backlash. 2. Their technology is way better than anything we have. 3. Our security services leak like a sieve.

The National Counterintelligence and Security Center say all this with a straight face yet their security services are a shambles and for the past few years have been trying to bring down an elected US president. The surveillance they do on american’s has much more success than anything they glean on Russia. For years, going back a century the Russian intelligent services have been running rings around both the US and British Security services and they have high level spies everywhere. That doesn’t sound very secure to me. The US is dead easy because there money talks and being patriotic has a price.

I wish The National Counterintelligence and Security Center lots of luck with their new endevour. They are going to need it, because the talent isn’t there, it left or retired long ago.

Nicely put Peter Jennings…..From my side I just see “The Intelligence Industy” or the Intelligence Cartel as just another business with Goals, Profits and Shit Head Executives.

“With the private sector and democratic institutions increasingly under attack, this is no longer a problem the U.S. Government can address alone. It requires a whole-of -society response involving the private sector, an informed American public, as well as our allies,” Director Evanina added.

But the U.S. Government is trying to make it illegal to point out the Khazar Mafia threat.

This can be seen in the campaign against Huawei and its 5G technology.

intelligence is an oxymoron in the USA, something observed by numerous scholars….”nothing can thrive in amerika unless inflated by hyperbole and gilded w a fine coat of fraud. amerikans cannot think except by means of slogans—they identify garbage as quality. the stupidity and ignorance of amerikans has long been a topic of hilarity in Europe”. Paul Fussell