The Pentagon may support a plan of the Saudi-led coalition on seizing a Red Sea port in Yemen in order to cut off supplies of the Houthi-Saleh alliance. 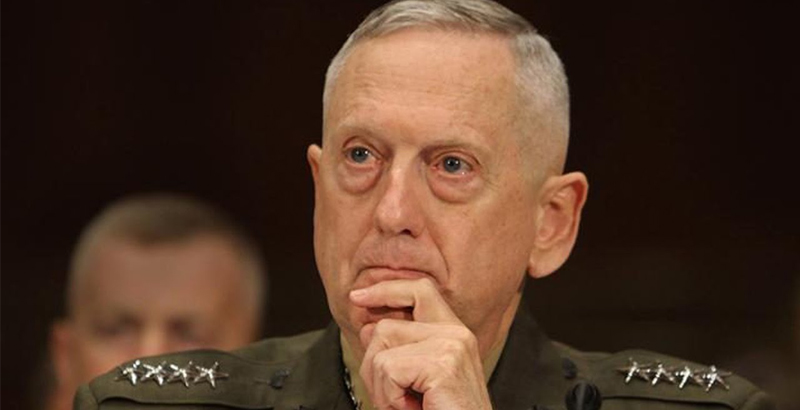 James Mattis, then commander of the US Central Command, appears before the Senate Armed Services Committee in 2011 (Photo: AFP)

The Pentagon considers an opportunity to support a plan of the Saudi-led coalition on capturing the Yemeni port city of Hodeidah, located in the southwestern part of the country, the Washington Post newspaper reported, citing US military officials. Reportedly, the move should become part of a new stance, adopted by the US president Donald Trump’s administration in order to deepen ties with its partners in the Middle East.

According to the newspaper, US Defense Secretary James Mattis has asked the White House to lift Obama’s restrictions on US military support to the coalition. As Mattis noted, it would help to combat a “common threat.”

In addition, the Mattis’s memo also addresses whether US should provide support for the coalition’s plan to capture Hodeidah port that would allow cutting off rebel supplies. The Mattis’s request does not include deploying of the US Special Forces in the country, however, it would reportedly allow providing US military support to military operations of the Saudi-led coalition in the form of surveillance, intelligence and refueling capabilities.

Senior officials of the Trump’s administration have also criticized former US president Barack Obama for his tight controls measures, placed on supplying arms and training of the US partners in the Middle East.

As the Washington Post noted, last year, a similar request was rejected on the grounds that the rebels had tight control of Hodeidah and any effort to capture the town might worsen the humanitarian situation.

Earlier this month, Trump’s deputy assistant Sebastian Gorka noted that the US administration wanted to ensure partners with a better opportunity to fight their own wars.

“We are serious about the livelihoods and futures of our partners in the Middle East, whether it is Israel or Jordan, whether it is the Emirates or Egypt,” Gorka told the National newspaper. “We are going to allow them – with our help – to do what needs to be done. Only some of that will be about weapons. This is about friendship and commitment.”

The Trump’s administration has already signaled its change in the course. Recently, the sale of precision-guided munitions to Saudi Arabia in a deal worth about $390 million was approved by the US State Department. The move reversed the last year’s decision to halt supplies due to concerns about civilian casualties.

Meanwhile, a senior fellow at the New York-based Century Foundation research centre, Michael Wahid Hanna, noted that if the US increased its engagement in the Yemeni war, Iran would do the same. “The Houthis aren’t a proxy – they aren’t Hizbollah – but they do get training and support from the Iranians and that support has deepened and grown as the conflict has escalated,” the expert said.

Attacking the port will damage it and will not be effective in blocking the trickle of small arms that Iran is giving the Houthis but will continue to devastate food imports needed for the majority of the population in Houthi controlled areas.

I am appalled at what my country is doing because we are in the best position to get the Saudis to break off this foolish war. I wish the Russians would start initiating UN resolutions against the KSA based on the premise that they are using food as a weapon as a war crime. Let Nikki Haley on behalf of Trump veto it. Call for the lifting of the starvation blockade.

Trump needs to carry out his promise to bomb Saudi Arabia!

It’s all about paving way for Iran war. USA (Saudi) cannot initiate that war along with two other wars, Syria and Yemen going on, and Israel cannot attack Iran directly as long as Syria is an effective force. Iran is an obsession for the zionazis. Russia and China could use this to their advantage, knowing an attack is eventually coming, and give a major covert ass kicking for US and Israel (like deploying tons of hidden SAM platforms all over the place), and then condemn that unlawful attack in the UN. More losses, the more powerful the condemnation will be. They might consider doing it in North Korea as well albeit it’s a bit more problematic.

There was a nice article yesterday, with regards Russia and China working happily together in the Security Council. What was it they asked?

Russia and China Catch Security Council in a Devastating Lie Security Council members expressed “unanimous concern” about Islamic State’s use of chemical weapons in Iraq — then blocked a Russia-China resolution to investigate. Why?… http://russia-insider.com/en/russia-china-call-wests-bluff-uk-rejects-resolution-investigate-allegations-chemical-weapons-used

North Korea deserves ALL the SAMs to defend abortion rights, none for antichoice Iran. Trump needs to honor his promise to bomb Saudi Arabia!

The U.S and it’s barbaric hordes (allies) have surpassed since long, the Third Reich in it’s criminality.

It is a direct descent of the Third Reich. Just look at the history of the CIA which has mostly been influenced by ex Gestapo and SS members.

With the Coalition bombing the port cranes and the Houthi hijacking aid ships and trucks for profit, the rationals for US involvement is that it may be the only way to prevent mass starvation.

Trump needs to bomb Saudi Arabia like he promised!

There is something creepy about ‘Mad Dog’ Mattis. Now why did he get that name? Was the invasion of Iraq legal and what was it all about? Have you seen the children in Yemen and what Saudi is doing to them? Wasn’t Mattis fully supportive of Albright and what was it she stated about the 500,000 Iraq babies and children? Was it ‘a price worth paying’?

Thank you and it is so sick. He would have been working with her, with regards the illegal invasion of Iraq? It is like an animal that tastes blood, you put them down, as they acquire an addiction to the taste.

Don’t worry she’s going to die one way or another, even Rockefeller didn’t make it past 101 :)

What do they mean by ‘US Precision Guided Missiles’? Bearing in mind, they always seem to hit a school, hospital, wedding or funeral parties and taking out hundreds of civilians. If that is using US Missile Guided, how do they use their old kit?

US supporting Saudis, as it did on 9/11 demolition of the NY towers, nothing new.

James Mattis is a Jewish-surpremisist. HE is eager to fight all of Israels wars for them. He must be pushed out of his post. He is a wannabe Benjamin Netanyahu. I do not like him at all…

A genocidal plan to starve 17 million Yemeni. This is the only port where food and aide can be delivered to the starving civilians. There is no purpose to the Saudi invasion of Yemen except perhaps to prove the masculinity (since when does senseless violence equal virility?) of the perfumed princes of the House of Saud. The US is considering joining in ‘all the fun’?? Changing presidents has done nothing to decrease the lunacy and incompetence prevailing in foreign policy and military circles.

It is obscene and sickening CDW but for US/UK/FR/UAE/Saudis these wars are just a playground for “fun ” because they can deploy, display, test and use their latest weaponery and troops in a live-fire environment with impunity – let’s be realistic, for all the protests about war crimes etc… not for one millisecond have these war-mongers relented in their prosecution of wars against the Syrian and Yemeni peoples . Why ? Answer : because that is what they do, they can and will do , until they actually face an real force-on-force war within their own countries these wars will go on – the last glimmer of hope is Syria defiant.

Trump needs to bomb Saudi Arabia like he promised!