US military strikes against the Syrian government is at the top of the agenda today at the White House, when top national security officials in the Obama administration are set to discuss options for the coalition in Syria, The Washington Post daily reported. The US officials are going to push forward so-called “limited military strikes” in order to, according to the official version, prevent violations of the cease-fire by the Assad government and disrupt his ability to continue committing war crimes against civilians in Aleppo and, for sure, to push it back to the negotiating table.

The options under consideration reportedly include bombing Syrian air force runways using cruise missiles and other long-range weapons fired from coalition planes and ships. The report says the idea is supported by the CIA and the Joint Chiefs of Staff. One proposed way to do so without a UN Security Council resolution would be to carry out the strikes covertly and without public acknowledgment.

This approach also explains the coalition’s actions against the Syrian army outside Deir Ezzor in September when over 60 pro-government fighters were killed and over 100 injured in air strikes lately called an accident by US officials. Now, there are little doubts that it was likely an intended move to damage the government forces fighting with ISIS in the area.

The same threat forces Moscow to deploy an additional battery of the air defense system S-300 to the Russian Navy’s logistic facility in Tartus. The information was confirmed by Defense Ministry spokesman. Igor Konashenkov said the system will provide protection for the facility and Russian ships off Syria’s shores. Nonetheless, it’s clear that it will also strengthen the Russian air defense shield over the government-controlled areas of Syria.

Syrian is a sovereign state, Assad is democratically elected as a leader. Syria has a right to defend itself again foreign invasion. Assad had right to ask for help from UN or other State. Since UN Ignore the US initiated destruction of Syria, Russia and Iran have the legal right to accept the request of Syrian government for help. In fact other sane world leaders would help Syrian government to fight this terrorist/US invasion against sovereign state of Syria.
Where is China President, India President, Pakistan and many others. It is the time to help the US victim. IF not, the next target will be Yemen, China, Pakistan, India, Brazil, Philipine, …..the last Russia.

This is a narrative worn out by its use all over again by Washington demoniacs. They are on the verge of losing this proxy war and now they have to send their own mercenaries to prevent Aleppo from falling into SAA’s hands. Russia has to supply urgently manpads to SAA. They played crucial role in defending Serbia from NATO aggression in 1999. Russian AA missiles are not yet on pair with US. USAF has advantage of the first shot in BWR mode. However Russian jamming capabilities still have to be proven in real combat situation.

BVR remains largely as ineffective as it was when they tried it in Vietnam. (Remember how that went?) The pKill rates for AIM-120s, still the most advanced (and ageing) BVR AA missile the US has, is under 0.06, against fleeing aircraft that aren’t manoeuvring. Against Sukhois and good avionics, they are just a waste of payload. Also, they are outranged by Russian equivalents, not the other way around. Russians would get the first shot if they wanted to do the BVR dance. But they might as well not bother. They can manoeuvre and jam, then use their better manoeuvrability to slaughter the US planes up close.

It’s not under 0.06 but under 0.6 or 17 missiles yield 10 kills. The only BVR missile used in Vietnam war was AIM-7 Sparrow semiactive radar guided AA missile. AIM-120 is fire-and-forget weapon and it has been introduced in 1991 and used during the Operation Allied Force in 1999. I’m sure you wouldn’t like to be in control of a Russian jet fighter locked on by an incoming AIM-120C closing on you at the speed of Mach 4 with G limit of 22 while maximum G limit of your aircraft is 9.

Yes, and the entire air combat doctrine of the USAF and USN going into Vietnam revolved around Sparrows and their BVR capability. They had entirely given up dogfighting training, because they assumed they would be able to win in BVR. The results of that failed premise was that the NVAF acheived the better air-to-air kill ratio despite flying MiG-17s and 21s, gun pods had to introduced to F-4s, and the Navy began the Top Gun program.

Sparrow performance was so poor in 1973 that many IAF pilots started refusing to carry radar-guided missiles.

Ah, yes, 10 kills for the AIM-120…one of which was a US UH-60! Another was a subsonic Serbian J-21 trainer. Looking at our high performance aircraft, we’ve got an Iraqi MiG-23 and MiG-25, both export models, piloted by Iraqis, and who made no attempt to manoeuvre. Then, we’ve got 6 Serbian export model MiG-29s, whose radar was semi-functional, RWR sets were non-functional, and whose pilots, do to an extreme shortage of spare and low funding, got to fly a whole 20 hours a year. Not that this mattered too much, because, thanks to lack of RWR, most of them didn’t realise they were being engaged until they were hit, and so didn’t manoeuvre. Nobody had any ECM suites. Deleting the friendly fire helicopter kill and the trainer already drops your pKill to 0.53.

Now you’re talking about putting that up against, at minimum, a Sukhoi-30M, or a 35, with thrust-vectoring, pilots who’ve been trained to use that feature, and wing-mounted jamming systems. Incidentally, 22Gs isn’t that impressive on the missile. If I do a 2G turn at Mach 1, your missile has already exceeded it’s capabilities trying to track me at Mach 4. Taking AirPower Australia’s numbers, for an average high performance fighter, flown by an average pilot, using an average ECM suite, jamming is going to drop your pKill to .34, and chaff and manoeuvring to .2. But this isn’t a plane with average manoeuvrability, it’s a Sukhoi-30M, 34 or 35. If I say that the thrust vectoring is worth a 25% increase in manoeuvring, and the quality of the Sukhoi a 10% increase, I’ve dropped the pKill under 0.15. If I give Russian ECM a 20% increase in ability over the average, I’ve dropped your pKill to .12. Say, how many missiles have you got there?

All getting out of hand. US hubris and stupidity is off the scale. The US military operation is no more then a gigantic mercenary operation for the corps and banks.

Assad needs to assert Syria to be a “No Fly Zone” to any nation except Russia .
American madness , Hopefully just threatening talk , but a quiet and quick deployment of S400’s , in and around Damascus , and Aleppo .
If America decides to completely destroy Syria , it will be hard to stop them , but they should pay heavily .

That would be nice if they could. They have too many things to deal with at the moment. First they have to consolidate what has been achieved so far.

A covert op on Syria, would not be covert for long. The amount of losses and carnage, suffered by both sides, would be impossible to expalin away. Further, can you imagine, wreckage from US aircraft and videos of burning ships being displayed at the UN. It would be a whole new world. A good day to all. I hope they don´t go there. 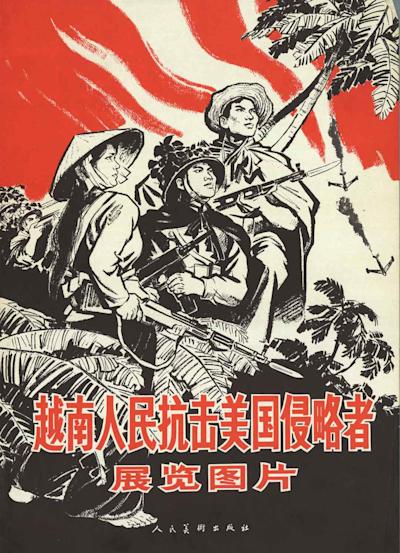 Thank you Brad. That is a hillarious picture.

Aleppo will soon be fully cleared of CIA terrorist death squad filth, no matter what the mafia air force does or how many childish temper tantrums the troglodytes in Northern Virginia and Maryland throw.
Stomp away morons.

The US has no stomach for war. First and most important is that the powers that be want to keep power! The Democrats will not alienate there base by starting another war. Hillary would risk the loss of her support from the leftist overnight! Congress would not risk their seat for a lame duck president. It would take all of 48 hours for the pundits to point out (and finally I might add) that we are protecting terrorist.
That all being said, anything can happen. I don’t know how far Russia is willing to go to protect Syria? I dont know how long the White House can go without it being called out for shielding AQ in Syria?

Russia has long range radar and various anti aircraft systems in Syria. They will know what is coming before the attack. They will be able to know if NATO jets take off from the Mediterranean or Iraq and where they are flying. I would think they would be able to prevent a strike on Syrian forces.

I would think they would be able to prevent a strike on Syrian forces. They haven’t done it so far. They tried their best to avoid direct confrontation with Western coalition and Zionist entity which is understandable. We’ll see what happens and whether they have decided it’s time to change the strategy. Destruction of the covert command center in North Aleppo would suggest there has been a change in direction.

Russia should call their boomers to patrol Mediteran sea and sealed Syrian airspace from American intruder and provocation. Russia and Iran should consider placing SSM like Iskander to spook American attack came from.