The US Congress has approved a bill on extension of sanctions against Iran for ten more years. 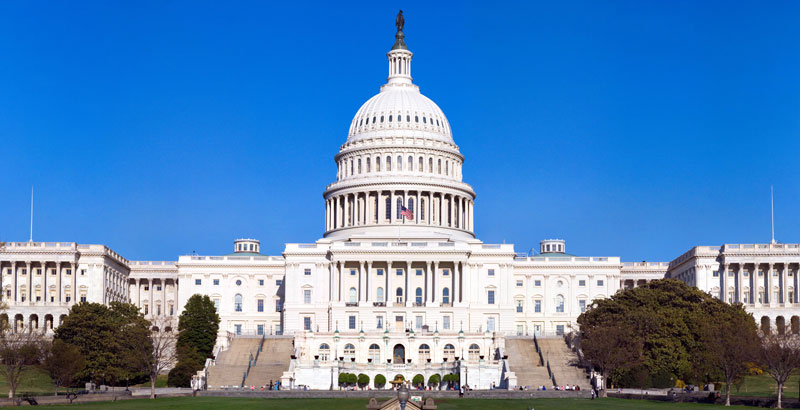 The US Congress has supported a bill on prolongation of sanctions against Iran, which was adopted by the US House of Representatives. According to text of the document, the sanctions will be extended for ten more years.

Sanctions, which were introduced earlier, will expire later this year, on December 31. The document, approved by the US Congress, allows the US president to impose sanctions against anyone, who was involved in development of ballistic missiles in Iran and violation of human rights in the country.

This summer, the so-called nuclear deal was made by the US with Iran in order ensure the peaceful nature of the Iranian nuclear program. However, according to a member of the US Senate Committee on Foreign Relations, Robert Menendez, despite of the signed agreement, Iran continues to destabilize the region and expand its influence there. The senator also accused Tehran of testing of ballistic missiles.

The document must be signed by US President Barack Obama before to enter into force. According to Press Secretary for the White House, Josh Earnest, Obama is ready to review the draft law despite his earlier statements about reluctance to undermine the nuclear deal with Iran.

Tags:Barack Obama, iran, sanctions against iran, us, us congress, usa

Uh’Muirikkkanz are lying freaks. Iran does NOT sponsor terrorism (the Saudis do that), they have NO nuclear weapons program (and have a fatwa against them), they do NOT deny people human rights (especially when compared to Saudi and other Gulf arabs) and their missile proram is NOT illegal.

Why would ANYONE belive a single thing that oozes from the twisted pie-holes of these serial lairs and cheats?????

aaahh, do you think the empire of lies cares about the facts and truth? but the main point is that this will only tie Iran closer to Russia and China over the years. Iran has enough resources to keep ticking. plus, a major shift is happening in middle east with Iran and Russia gaining influence while wahabi influence is being checked. this is what Merica is so afraid of – a better, more stabile and capable middle east, the thing they’ve worked hard to prevent during last 50 years. boo hoo.

Now, now, don’t exaggerate. Iran does have serious human rights issues. They just happen to pale in comparison to the Saudis. Theocratic governments are pretty well incapable of not violating human rights.

This will only strengthen the conviction of those who are pro nuclear bomb and pro ballistic missile within Iran to speed up and perfect the development of the two. Additional and pro longed sanctions be damned. And it does seem that the 2015 Iran nuclear deal framework was moving as fast as it was hoped to do.

No, as the Iranian fatwa against nuclear weapons is ABSOLUTE. There is no way this will be rescinded.

Agreed but this latest move and Trump’s stance on the nuclear deal, will make the Iranians choose between religious beliefs and political survival.

Essentially US Congress does exactly what a multitude of Saudi and Israeli lobbyists want them to.

Also, peace in the Islamic world is not a part of the US deep government’s plan. Making sure Islamic terrorism spreads everywhere, so the Global War on terrorism can become a pretext to unify the world under their leadership is the plan.

They have israeli hands so up their asses, they are being played like sock puppets lol.

anti-Israel comments are so lame given how much else is happening out there. lets be a bit more intelligent shall we?

http://www.dailymail.co.uk/news/article-3315347/Watch-heart-pounding-moment-Israeli-commandos-save-Islamic-militants-Syrian-warzone-risking-lives-sworn-enemies.html They support terrorists and bomb the syrian regime.

The only reason you think they are low priority is because the mainstream media generally avoid mentioning them in a bad light. I hope you can figure out the reason for that, heh :D

Sanctions is only a euphemism for what policies these type of actions amount to which is more properly called economic warfare which should qualify as collective punishment in some cases. In this particular case it benefits the saudi wahabi ruling oligarchy as well as zionist interests who are in competition for influence with Iran. Unlike saudi arabia women can drive in Iran and christians and jews can worship without fear of government aggression for doing so. Iran,surprisingly (to some), has the second largest jewish population in the middle east.

Catfish is hitting the nail on the head. Obama is curving in to the demands of the Jewish Illuminati and the Wahhabi extremists who are misrepresenting Judaism and Islam respectively. Obama is throwing spanners in Trumps future government. The world is waiting for a fresh start with Trump yet the US Establishment is planting new mines in the path. These congressmen are part of the old order and accountable to the secret societies of the NWO passion and we see the genesis of a future of conflict between the incumbent Trump and the loyal work horses of the Illuminati which may lead to possible impeachment of the president. Give the agreement a chance and also Trump. Give peace a chance!!

the point is the war group in DC wants a war against Russia/China and Iran, forgetting how they just lost in Iraq and Afghan… in about 4 yrs time… so rebuild America and sanction Iran and Russia… really clever this war group eh…?

They’re really trying to torpedo the OPEC agreement between SA, Russia and the other oil producing countries to cut production and bring the price of oil back up. That’s all this is. They hope to force Iran will back out because of the sanctions cutting into their budget.

Hopefully thanks to Huma Abedin , the real enemy of the real world , Saudi Arabia has been exposed.