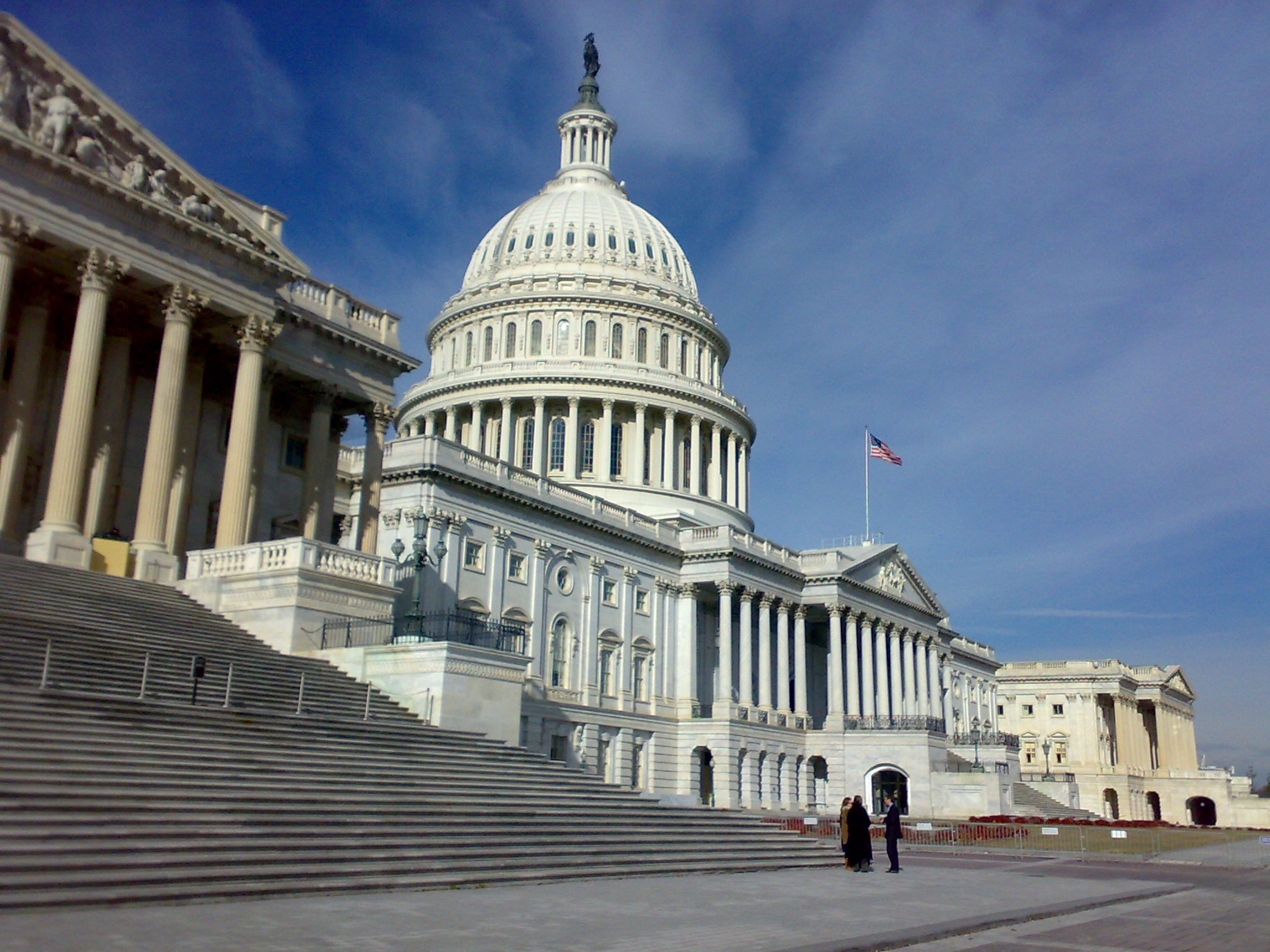 On July 25th, the US House of Representatives passed the “Bipartisan Budget Act.”

The act is a sort of agreement between US President Donald Trump and congressional leaders, and it suspends debt limit for 2 years, while lifting the spending caps by $320 billion.

65 Republicans, about one-third of the House Republican conference, voted in favor of the measure.

“Our fundamental principle is to make sure we have fiscal house in order. We understand we live in a House that has to find compromise,” House Minority Leader Kevin McCarthy said. “This is not the bill that we would write. We are not in the majority.”

I am pleased to announce the House has passed our budget deal 284-149. Great for our Military and our Vets. A big thank you!

The US national debt now totals more than $22.5 trillion.

“We are closing in on $23 trillion in debt, and the latest bipartisan budget ‘deal’ would continue to push us further down the dangerous and unsustainable path we’re on,” Rep. Jeff Duncan, noted in a statement after the vote. “We can’t keep making excuses while we pass this debt on to our children, recklessly throwing fiscal sanity out the window in the process.”

Democrats had enough votes, 219, to pass the bill on their own.

“By passing the Bipartisan Budget Act of 2019, we have ended the threat of harsh austerity cuts and set the stage for strategic investments in our nation’s future,” Rep. John Yarmuth, the chairman of the House Budget Committee, wrote in a statement. “Once approved by the Senate and signed into law by the President, this truly bipartisan legislation will provide much-needed certainty for our communities and our economy.”

“The proposed figures are higher than spending at the height of the Vietnam and Korean Wars, and substantially more than the high point of the Reagan buildup of the 1980s,” Hartung added. “And the Fiscal Year 2020 and Fiscal Year 2021 numbers are only slightly less than spending in 2010, when the United States had 180,000 troops in Iraq and Afghanistan, roughly nine times the number currently deployed.” 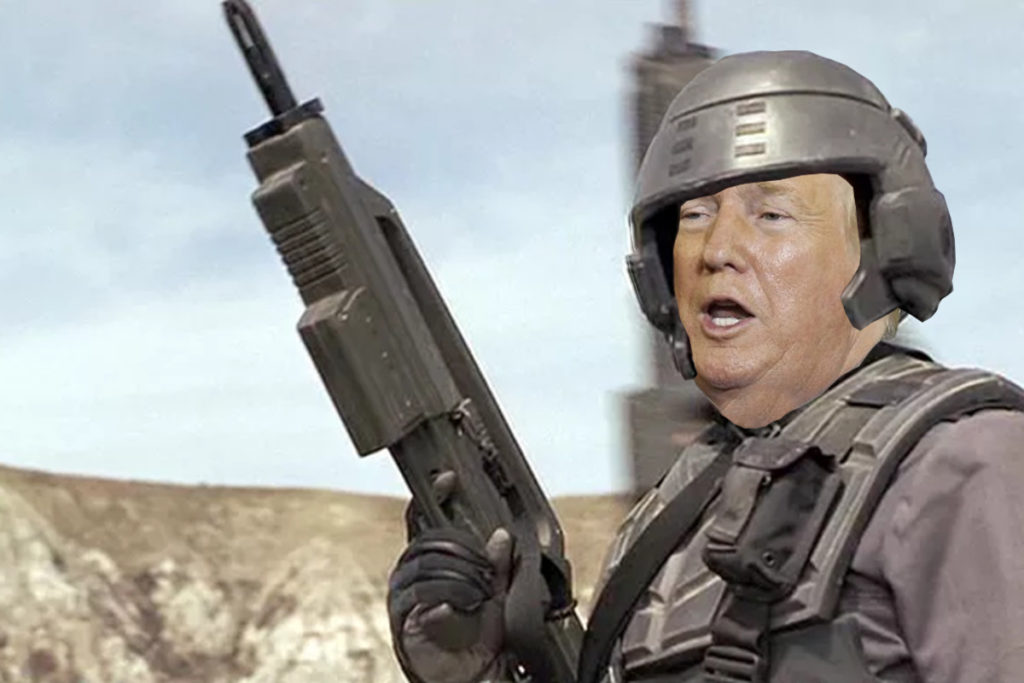 The Pentagon, with its $1.48 trillion over two years actually receives more money than the every other branch of government, the budget for it is $1.30 trillion.

The Committee for a Responsible Federal Budget estimated on that with Trump’s approval on the budget deal, $4.1 trillion would have been added to the national debt under his term.

How the budget will be shared between the non-defense departments remains unclear, but the following is the general plan the Republicans proposed in March 2019. 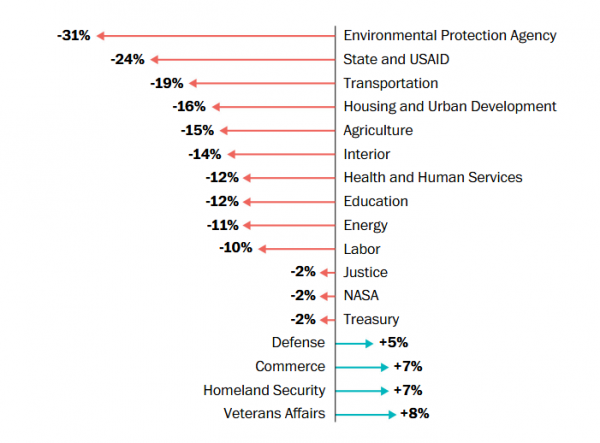 The “important” sector, defense, gets an increase and receives more than all non-defense sectors combined in both years. Notably, NASA is to possibly get an increase, especially since its help would quite likely be needed for the US Space Force.

America got some bugs to crush

Oh yeah! But with that trigger discipline they would crush only their own balls. ROFL!

Ohh an example from 2003…that’s a result of an intense activity, USA was 24/7 bombing Afghanistan and Iraq by then. Admiral Kuznetsov only once at two years is at large, some of this times empty of planes. However it broken all records on accidents.

It’s like when I say Russians are poor comparing to Americans and some retard give me a pic with an American homeless.

‘Ohh an example from 2003…that’s a result of an intense activity, USA was 24/7 bombing Afghanistan and Iraq by then.’

And likewise the 2016 Sukhoi Flanker accident off deck of Kuznetsov occurred directly off the coast of Syria – exactly when Russian air wings where most heavily engaged in bombing and rolling back the militant Islamist position across Syria. In much same way as you cite for the US accident – combat action increases stresses the arresting gear in and accident probabilities increase.

Good one ha ha ha or the pride of the fleet KURSK going down deep .

It’s just a longer mission, it will come back home, just you wait and see…

Get a room you two fags…. oh wait : that’s just one pathetic, loser degenerate polluting this site with endless diarrhea from you shithole mouth… talking with yourself in your moms basement, while she is busy with 100 ni66as. When you finish talking with yourself you dumb PoS, go clean her ass – Make AnUS Great Again ?

You obviously like to be fucked in the ass since you have a dirty imagination, but I understand you, Russia is such shithole that you want to get out of it at any price even being a whore. Unfortunately we can’t take out your fat babushka but you are still young and maybe we find a lung, a kidney to use from you.

Like when F-35 Lightning II’s fall out of sky over Marine Corps Air Station in South Carolina, or likewise fall into the Sea of Japan.

All aircraft carriers are high risk operational zones – with distinct accident ratio probabilities – due to a nexus of finite physical operational space, without margin for error, and outgoing and incoming high velocity jet warplanes. Apparently you struggle to grasp this simple reality of physics.

Dismantling Kuznetsov will save few poor pilots lives. Hope Putler will spare their lives and accept the sinister wreck is not an aircraft carrier.

Has your Putin-fixation seriously devolved to point that you’re now up to calling the Russian President ‘Putler’? You do realize that, likewise, entirely unhinged ‘social justice warriors’ in US refer to Trump as a new Hitler? You are now publicly putting yourself into that same level of unhinged fixation.

Yeah bitch, there are 300+ millions bugs in America, cockroaches and vermin from all over the world.. insects, inbred mutants, fags and degenerates just like, your family and your boyfriend/alter account Trollonto Turd.

You are upset Russia is a shithole and you can’t get out from it, unlike your rich oligarchs which are buying properties in Zakynthos, Capri and Ibiza so their money don’t stink like you, poor Russians

This is absolute insanity. We’re drowning in debt. We have to borrow money to pay the interest on the debt. To pay for a military garrisoning most of the planet. And for what? To be the world’s policeman when we’re the ones responsible for most of the crime? What is this doing for us? Nothing but bankrupting us and selling our future for the ability to abuse the rest of humanity. We don’t even have the best weapons. The whole thing is complete loony tune nonsense. Put in place by 5th column Jews and their Zionist Israel firster anti American swamp traitors in the US legislature.

Even more, how about the prepared war to Iran because Israel wants to ? As usual, Israel can afford the death of some north-american yung people who believe that jews are the chosen people of God..

There are limits to what the vermin Jew can get away with. There’s enormous institutional resistance to an Iran war and almost no public support.

If they could push for 1,4T for 2 years imagine they will push more than that before 2024 when Russia is completed its army reformation…☕

“Defense”??? When was the last time the U.S. military was used to “defend” this country? They need to rename it the “War and Foreign Influence Budget”.

Shut up idiot. You never make any meaningful comments. Just the same ole U.S.A.! bullshit. No substance nor sign of cognitive truth. Just as would be expected from a no brain lemming. Everything you and most others believe about the U.S.A. is a lie. But like ignorant sheep you keep on spouting the same ole crap and perpetuate those lies. This country is NOT free, it is NOT wealthy and the wars that we fight are NOT to protect either. Especially since neither exist in the first place. And as far as your stupid “can’t touch this” goes, just look at what happened to that 100 million dollar drone that Iran destroyed. But that doesn’t really matter since this country is imploding due to it’s flawed constitutional foundation.

USA needs to reach teh technology that Russia has (with much less money invested), and that is why (as USual) USA believe that with enough money in such a field they will be able to be even with Russia (north-american people thinks that money solves all the problems of our life).

“…..slightly less than spending in 2010, when the United States had 180,000 troops in Iraq and Afghanistan, roughly nine times the number currently deployed…..” -> so this means it is financially impossible to deploy US troops anywhere as the ‘base’ spend is so high that the any spend to deploy troops overseas would bankrupt even the mighty USA immediately.

Military spend is dead money as in 15 years the military kit is obsolete with no future return. Paid for by the taxes on employees and companies of great US world beating companies in so many sectors; e.g to name a few; Pfizer, Apple, P&G, Google, Amazon, JP Morgan, Coca Cola, Macdonalds, Exxon, General Electric, Phillip Morris. So these great companies are not investing in their R&D and the education of their future workforce. The USA military sector is parasite sucking the blood out of these high performing US companies and will suck them dry.

Hahaha .. they think they’re going to invade Korea when Trump gets up off his butt and moves on that one.

hahahaha what a buffoon trump is, thinking throwing more money at something will always magically make it better, and something is telling me this “space force” is all BS like the star wars laser program thing in the 80s