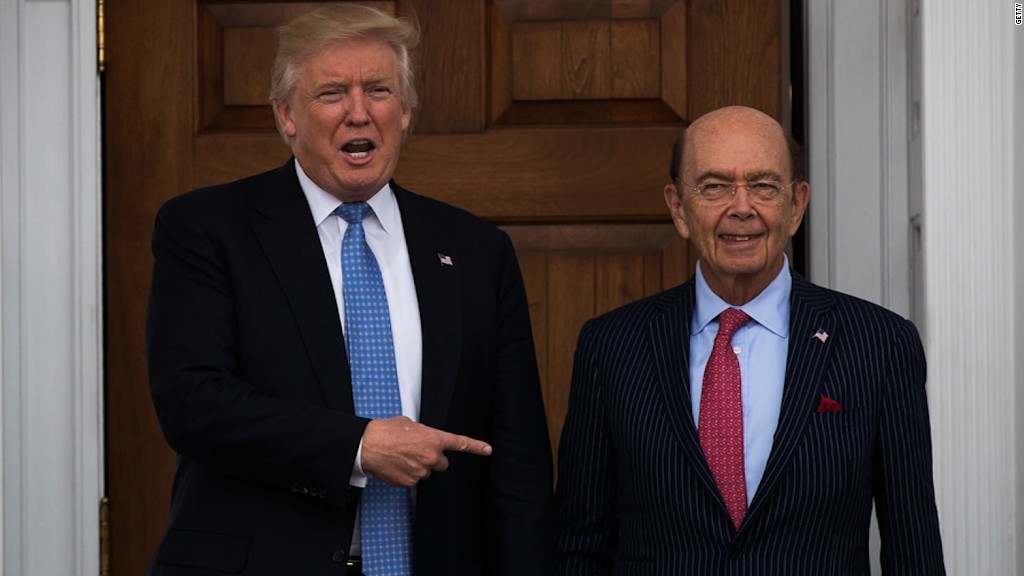 “Just as dessert was being served, the president explained to Mr. Xi [Chinese President Xi Jinping] he had something he wanted to tell him, which was the launching of 59 missiles into Syria,” Ross said, according to Variety. “It was in lieu of after-dinner entertainment.”

“The thing was, it didn’t cost the president anything to have that entertainment,” the US official added.

The Ross remarks show well how the US leadership apply to the international law and what kind of attitude it has toward illegal hostile actions against any country around the globe.

These guys really live in a reality bubble of their own. That goes for all politicians. Or any group of powerful people for that matter. But most do not have the means and the authority to launch 59 cruise missiles at another country. And even more importantly, get away with it.

This act was merely one of many war crimes committed daily by the US Government! I’m ashamed to be an American.

What a sick f*ck.

uncivilized way of making a decision. Just like pre-history human.

China and Russia now sees that there is an extremely reckless & easily manipulated person as a figurehead at the White House. They see no one in charge and a rogue state heading for oblivion, you cant negotiate with them.

Russians have a term недоговороспособны that in english means Not Agreement Capable. What that word means is literally unable to make or even abide by an agreement. All negotiations with the US State Department has ended. The Iranians already know the futility of negotiating with Washington.

In that one action Trump destroyed his credibility, what little credibility the US had internationally and of course Trump has destroyed his Presidency. All this has only hardened the resolve of Syria, Iran, Hezbollah and China.

Yup, but to be honest, the moment this man/thing entered presidency, the cluster f…. have multiplied and everything promised, retracted, and have shown Him self to be something, I have to admit, an village idiot on steroids. And loooves to walk in uniforms, up, probably got an hard on, on one of their carriers.

Yeah, and people talk about NKs been delusional and irrational, crazy and wild beast, but compared to the imperial banana republic, the biggest scam and corrupt country money can by since ancient Rome, and peace is only on the table when there is nothing left of anyone standing in their way, when its all pulverized to mere gravel, and then call it peace, how, huh, medieval.

Thats one part of it, the second part is those that make this possible, the prestitutes and whorespondents in the western MSM, even Norway is an rotten stinking shitt-hole regarding anything even remotely close to truth, its packed to the brim with propaganda, lies and flat out fabrications of the political reality we all face this days like the massive influx of refugees. And of course, anyone opposing is an Nazi, yup, and some idiots will always be highlighted by our “eminent” MSM, yeah, I bet there is an possibility of digging up as an scope an Nazis in Thailand. The MSM is an bloody joke. They lie all the time about everything, and the rest, they simply never print.

To the France election I have only one thing to say, this goes to the pack of drooling idiots whom calls them self Brits, the land of angels, listen to one man, in an sea pf pussy’s, and wannabees, limited hang-around pussy’s and political whores, I recommend you to listen to Evo Morales, the president of an Land called Bolivia, there is an reason YOU dont read about Bolivia, and others, few but they are out there, and the truth is simple.

Independent monetary policy is the Key to national sovereignty. Period. DO you Understand.

Start to build guillotines and gallows, and above all, its not country’s as Russia or Iran that is the biggest threat, its something else, all wars are bankers wars, and their tool is the uISISa. Never forget that. The day they are in walking by the road in an chain gang on their way to the deepest, dirtiest coal mine even imaginable and force them to work for their own food, for the rest of their miserable life, is the day WE are free, not an second before. Either are they with us, or they are against us, time to pick an choice, gallows or the dungeons.

And I dont bother to debate the stupidity of the present economic monetary policy’s and what is to come in the bonkers uISISa, but just recommend people to store popcorn and beers/drinks. They will as its been shown in animated videos for decades, that the Wankees will discover that there is nothing solid under their feet, they have walked over the cliff decades ago, and is suspended in the mid air, aka from Reaganomics to the present use of legalized plunderings only made possible in an state that is what I define as an Corporacy or plain old fascism., and the fall will come, no matter what, wars will just kick the downfall into over-drive.

All in all, an sort of poetic justice. Gods speed to the bottom of the pit.

Did anyone really expect things to change? The new boss is the same as the old boss!

Calling the U$ aggression that killed 14 Syrian people as an “after-dinner entertainment” says a lot about the depth of the evil moral depravity of the U$ nation and its political leaders.

What would one expect from an extremely violent, crime-infested, mentally sick and feeble-minded society. In a country where people are killed and assaulted like insects every day, why would the lives of foreigners be of any concern. Just wait for the next bout of fake mourning when a bunch or Americans or Europeans are slaughtered by terrorist sympathizers and you will see how despicably hypocritical the American thought process is. Greetings from 3rd World New York City where we had only 330 murders and 20,022 felony assaults last year. (Source: New York Police Department CompStat Report).

Ross, like all American politicians or Government officials, is an utter disgrace. He sounds like a prepubescent child! Trump must fire this moron immediately!