At least 90 watercrafts and three barges, carrying terrorists of the Islamic State (IS) group, were destroyed in airstrikes of the US-led coalition on the Tigris River in Mosul. 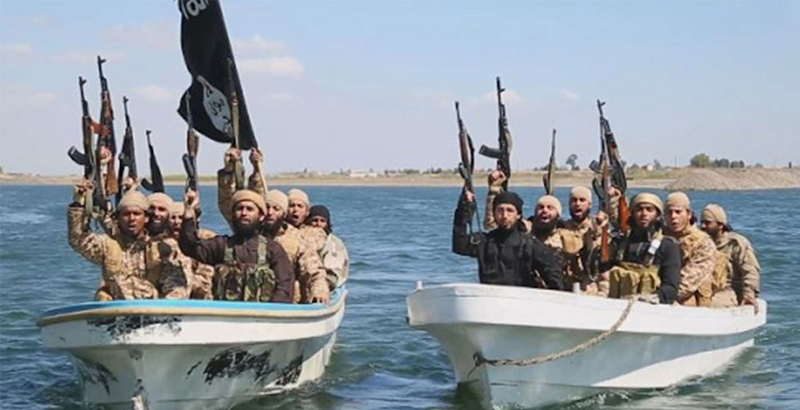 The US-led coalition’s air power carried out several airstrikes in the area of the Tigris River and destroyed 90 watercrafts and three barges with terrorists of the Islamic State (IS) group, trying to flee from the eastern part of Mosul, a statement of the US-led coalition reads.

“Many of these watercrafts were being used to ferry ISIS fighters and equipment across the Tigris River from East to West Mosul in an attempt to escape the Iraqi Security Forces as they continued to clear the remaining portions of East Mosul,” the statement notes.

According to the US-led coalition, during the past week of clearing operations, the Eastern bank of all five bridges across the Tigris River in Mosul was secured by the Iraqi Security Forces. For this reason, it became very difficult for IS terrorists to escape from the Iraqi Forces.

“We believe this was a desperate attempt to retrograde ISIS fighters now that the Iraqi Security Forces own the Eastern bank of every bridge in Mosul,” spokesman for the US-led coalition, Col. John Dorrian, said. “This is one more example of how the Coalition is supporting the military defeat of ISIS by launching air strikes while Iraqi military complete the clearance of Eastern Mosul,” he added.

According to reports, since the beginning of the Mosul operation in October 2016, the coalition’s air power managed to destroy at least 112 watercrafts of IS terrorists on the Tigris River in Mosul, and several more boats outside the city.

On Wednesday, it was announced that the eastern part of Mosul was fully liberated from terrorists, though clashes were still ongoing in its northeastern area.

What a difference a President makes? Coincidence or not?