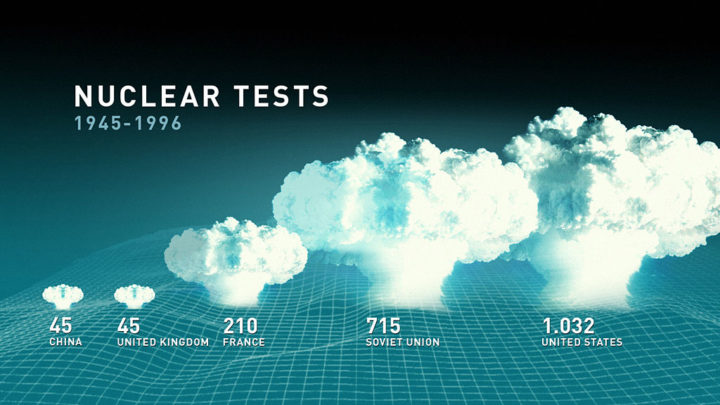 A senior US official has claimed that the US has an ‘agreement in principle’ with Russia to extend the 2010 New Strategic Arms Reduction Treaty (New START), a treaty that covers their nuclear weapons arsenals which expires in February 2021. However, Moscow has denied the claim, saying no agreement has been reached as yet.

Marshall Billingslea, the US Special Presidential Envoy for Arms Control, stated that Washington and Moscow have reached a preliminary agreement on extending New START, which expires in February 2021.

“We are in fact willing to extend the New START Treaty for some period of time provided that they in return agree to a limitation or freeze on their nuclear arsenal. We are willing to do the same,” Billingslea said. He did not say for how long New START might be extended.

Russia has been urging the Trump administration to agree to an extension of the treaty without preconditions, but after constant delays to the commencement of negotiations has stated that there is no longer enough time to renegotiate the terms of the treaty itself.

Responding to Billingslea’s statement, Russian Deputy Foreign Minister Sergei Ryabkov said Washington’s recently announced position on freezing nuclear arsenals is ‘unacceptable’. He further stated that Moscow was not prepared  to rush the conclusion of any agreement on New START in order to coincide with the US presidential election scheduled for the 3rd of November.

Expressing willingness to extend the treaty between the two countries rather than let it expire marks a major change of course for the Trump administration, which has withdrawn the US from several arms control agreements and appeared set to let New START expire as well. Early in his presidency, Trump criticized the treaty as “one of several bad deals negotiated by the Obama administration.”

Other international agreements the Trump administration has unilaterally withdrawn the US from include the 2015 Joint Comprehensive Plan of Action (JCPOA), better known as the Iran nuclear deal; the 1992 Treaty on Open Skies; and the 1987 Intermediate-Range Nuclear Forces (INF) Treaty. LINK

Earlier this year, US President Donald Trump stated on several occasions that he wants China to join in a three-way treaty designed to replace the New START nuclear agreement.

The New START was signed in Prague, Czech Republic, in April 2010, and stipulated halving the number of strategic missile launchers possessed by Russia and the United States although it placed no limitation on the total number of nuclear weapons either country can possess.

Under the treaty, the United States and Russia also agreed to limit the maximum number of deployed nuclear warheads to 1,550 and continue with on-site inspection protocols, test launch notifications, and data exchanges, vital mechanisms for ensuring a degree of predictability – especially during periods of tension.

Trump has repeatedly called for China to join the bilateral nuclear arms control agreement between the US and Russia, using this as an excuse to delay substantive negotiations with Russia over renewing the treaty before it expires.

The Chinese military currently has far fewer nuclear weapons than either the US or Russia, both of which have at least 5,000 nuclear warheads. In comparison, it is estimated that China only possesses around 320 nuclear weapons, according to the Stockholm International Peace Research Institute (SIPRI).

Beijing has said joining the bilateral treaty between the nuclear superpowers is out of the question, given the disparity between their respective nuclear arsenals.

At a press briefing in Beijing in July, Fu Cong, head of the Chinese Foreign Ministry’s arms control department, said that while China is a “strong advocate for nuclear disarmament,” Beijing’s position on trilateral talks had been made clear on “numerous occasions.”

“I can assure you that if the US says that they are ready to come down to the Chinese level (of nuclear weapons), China will be happy to participate the next day. But actually we know that’s not going to happen.

China has no interest in joining the so-called trilateral negotiations, given the huge gap between the nuclear arsenal of China and those of the US and the Russian Federation.

For us, this trilateral negotiation is nothing but a ‘hoax,’ to use a word of the US President.” LINK

With four months remaining before the treaty expires there is still time to make a deal, however with the presidential elections in the US taking place in the meantime and the Trump administration seeking to introduce new terms into the treaty, it is far from certain that a mutually acceptable deal will be reached.

Meanwhile, other than urging the two parties to reach an agreement, the rest of the world can do nothing more than wait and hope that common sense will prevail.

Lavrov was right: we are not agreement capable and will absolutely not agree that no agreement was reached. I think it’s the fluoride and our extra chromosome. Damn you, Putin!

Its just a ususal “what do You think if …”

I would wait for more stability by Biden as President.

It tells a bit about the Danish national caracter that 80% would vote for Biden. Biden is documented corrupt to the core, involved in illegal arm trade, drug smuggling, bribing politicians all over the world, and involved in the Democrats “pay to play” game and pedophile rings.

But as we are a peaceful nation we are willing to extend the Start Treaty with only a few minor changes. Russia should stop playing “equal partners” with the Big guy and lower their arsenal of nukes to their gas station level. China, Russia, France, UK, should all have only 200 nukes each and NK 1 because this is their economic level, and America will stop producing more than we have today, because this is our level!

The poor inncocent Russian people cant afford a Tsar bomb government with an economy in tatters. Involved in endless quagmires in Syria, a nightmare in Ukraine, 70 nations who are turning their back to Russia over the human right conditions for gays, its landgrabbing in Crimea, gobbling the worlds gold for itself refusing to give even a goldpenny to an ordinary but decent American who must live on soup.

Russia must show the world they can stop starting WW’s. Lowering the Kremlin’s Full Spectrum Global Dominance ambitions and stop the regime change operations in the free and civilised world.

Me&Myself None
Reply to  Tommy Jensen

Preventing the faggot-ization of one’s country is a crime now? Wow!! — I didn’t know that. You sound like the fat man man Pompeo. Hi Pomp, is this you?

Russia shouldnt sign any agreements with the U.S. Its not worth the paper its written on. U.S. will violate it at will. Let them cry and rage, as long as Russia can maintan technological superiority peace is well secured.

These countries knew quite well that any agreements signed with the US can be voided by the next or even the same administration for no particular reason, so why are these countries still lining up to sign treaties with the US? It doesn’t make any sense.