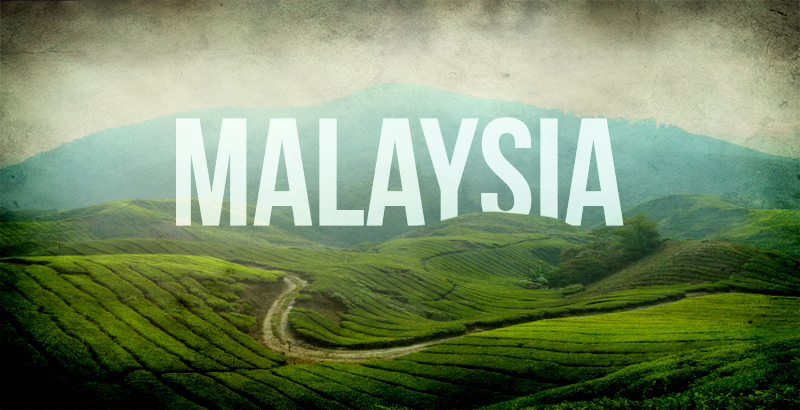 In late April 2014, U.S. President Obama embarked on a four-nation trip to Asia namely Japan, South-Korea, Philippines and Malaysia. Malaysia was the only country on Obama’s itinerary that was not a treaty ally of the United States. The visit marks a new phase for Malaysia-U.S. ties with the upgrade of their bilateral relations to a “comprehensive partnership” thus signalling Washington’s pivot to Asia. This is seen as a major shift in Malaysia’s foreign policy which maintained a limited relationship during the tenure of former premier Mahathir Mohamad who openly opposed attempts of the west to create a unipolar world.

The comprehensive partnership promises greater collaboration on the economy, security, education, science, technology and other fields. However, the most significant dimension of this partnership is security cooperation, including antiterrorism efforts, military-to-military ties, facilities for U.S. forces, U.S. support for Southeast Asian claimants in the South China Sea disputes, and U.S. humanitarian aid. In addition, an increased military-to-military relation, through complex joint military exercises, have been taking place ever since. Malaysia has now successfully completed exercises codenamed: KERIS STRIKE, CARAT, GPOI CAPSTONE, DCAT, COPE TAUFAN, and MALUS AMPHEX, according to the Defence Minister Hishammuddin Hussein. He also said that the Defence Ministry is mulling over the idea of adopting the U.S. Marines military model to further strengthen the Malaysian Armed Forces (MAF) maritime capacity. There are already reports that Malaysia has begun developing an amphibious force based near James Shoal and has partnered U.S. Marine Corps to build that capability.

In a report by Center for New American Security (CNAS), a Washington D.C.-based think tank, entitled Advancing U.S.-Malaysia Security Cooperation in a Changing Environment, “MAF’s capacity limitations could be addressed through expanded foreign military sales (FMS), including possibly unmanned vehicles to provide intelligence, surveillance and reconnaissance(ISR) through deepened defence industry cooperation”. It is well timed to put into effect the proposed strategy with the establishment of Eastern Sabah Security Zone (ESSZONE) in the wake of the Lahad Datu intrusion by the Sulu separatists. Eastern Sabah Security Command (ESSCOM), a joint interagency task force consisting of the MAF, Royal Malaysian Police, and Malaysian Maritime Enforcement Agency is the main enforcement authority for ESSZONE established by the Malaysian PM Najib Razak and chaired by the Chief Minister of Sabah Musa Aman. Its purpose is to strengthen maritime security following an incursion and prevent terrorist activities in waters of Sabah. ESSCOM receives massive funding from the government of Malaysia amounting to RM1.3 billion from to 2014 – 2016 to build its infrastructure and strengthen its military assets. It has become a highly militarized zone with its increased military assets on land, air, and most notably sea with the conversion of a cargo vessel and a decommission oil rig into military sea bases funded by Malaysian’s national petroleum company PETRONAS. These developments in ESSZONE are followed closely by the U.S. and evidenced through frequent visits by its officials and military assistance by the means of training, assets transfer and military sales.

This is all happening against the backdrop of a growing U.S. and China role in South China Sea. It is clear as daylight the U.S. is engaged in an aggressive diplomatic offensive throughout Asia seeking to pit China against South-east Asian claimants in the South China Sea dispute. While the Philippines and Vietnam fully support Washington’s aggressive stance, Malaysia has traditionally been more careful about balancing its relationships with Washington and Beijing, cooperating on military matters with the former while focusing more on economic links with the latter. China is Malaysia’s biggest trading partner and seeks to deepen their defence cooperation. In September 2015, Beijing and Kuala Lumpur carried out their first joint military exercise in the Straits of Malacca which is one of the world’s busiest waterways with a geostrategic importance. This is followed by a pledge in November 2015 to deepen bilateral defence cooperation during a meeting in Kuala Lumpur between the two defence ministers.

Obviously, Malaysia is trying to play it safe by balancing its relationships with the U.S. and China. However, the western mass media machine is trying very hard to play up instances of the Chinese Navy presence around James Shoal, an Island under land-mass expansion, to provoke confrontation between Beijing and Kuala Lumpur. Whether under pressure or influence, top officials of the MAF and Malaysian politicians can be seen echoing the same view in a subtle manner more recently. The U.S. has also been repeatedly playing up the South China Sea disputes between China and fellow claimants of Southeast Asian nations by referring to China’s nine-dashed line as expansive and its naval activities as coercive. While similar narrative in Europe is obvious with the U.S. anti-Russian rhetoric which saw nations like France, Germany and Turkey distancing and severing its relationship with Russia. Moreover, U.S. and NATO countries have been increasing their military build-up, and in the future plan to increase its troop deployment from the current 13,000 to 40,000 troops and place additional hardware, including tanks on the Russian borders under the pretext of “Russian aggression.”

As a result of U.S. provocations and strategy of isolating China, increased military build-up among the Southeast Asian nations and militarization of South China Sea have been taking place ever since. Malaysia has been dragged deeply into the fold of U.S. coalition against China since forging the comprehensive partnership with Washington.

Proposed closer coordination with fellow claimants the Philippines and Vietnam suggests that Washington’s diplomatic rhetoric is intent on shifting Malaysia’s stance on the dispute with China to a more aggressive one following the likes of Manila and Hanoi. Moreover, CNAS published in its report that “Because Malaysia is likely to resist formal or regular deployments of U.S. forces to Malaysian soil due both to sovereignty concerns and pressure from Beijing, the United States must be aggressive in seeking opportunities for quiet ad-hoc cooperation.” This demonstrates a subversive attempt to coax the Malaysian officials into support for Washington’s policy against China. These attempts would certainly result in a significant impact in Malaysian foreign policy given the fact that current administration is led by controversial PM Najib Razak who would do anything to stay in power amid links to murder and corruption scandal.

In July 2015, Wall Street Journal (WSJ) in its report released documents exposing Malaysian PM Najib Razak in a USD $700 million corruption scandal involving the state investment fund. WSJ also reported in October 2015 that the FBI and Justice Department are examining Goldman Sachs role as adviser to the politically connected development fund that resulted in years of lucrative business, also which brought exposure to an expanding scandal. The U.S. media and financial entities are well known for their influence on U.S. foreign policy raising questions whether financial interests and involvement in the corruption scandal intends to pressure Najib Razak into reviewing its policy against China. While the corruption scandal is drawing world-wide attention, another controversy surrounding Najib’s administration which received much less attention surfaced. Several Malaysian newspapers reported that on September 7, 2015 the High Court in Kota Kinabalu was told that Philippine and Malaysian governments conspired in Lahad Datu armed intrusion. During a trial of 30 individuals linked to the intrusion by Sulu gunmen at Lahad Datu, a communication interception processing staff from the Malaysian police special branch, who was testifying as a ‘protected witness’, said in an intercepted telephone conversation that a suspect, Basil B. Samiul was warned by a man dubbed, ‘Lelaki Sabah’ (Sabah man) to be on alert and that “we are being used”. “I don’t know who ‘we’ and what ‘the governments of Malaysia and the Philippines conspired’ meant by ‘Lelaki Sabah’,” said the witness through a court interpreter. Eastern Sabah has seen numerous accounts of terrorist activities including kidnappings, extortion and assassination prior to the armed intrusion in 2013. Several Islamic militant groups exist in the Southern Philippines namely Moro National Liberation Front (MNLF), Moro Islamic Liberation Front (MILF) and Abu Sayyaf. Abu Sayyaf who recently pledged allegiance to the Islamic State (IS) is hugely responsible for the attacks. Links between IS and Abu Sayyaf is not surprising considering the fact that several reports claimed that MNLF, MILF and Abu Sayyaf was a CIA project just like Al-Qaeda initially recruited as mujahedeens to fight the U.S. proxy war in Afghanistan against the Russians. They have been wreaking havoc in the Philippines and Malaysia ever since similar to the other CIA created terrorists that are operating in conflict areas around the globe.

If the allegations prove to be true, the successful establishment of ESSZONE under the pretext of preventing terrorist activities, terrorists created by the CIA and possibly still under CIA funding for covert operations as evidenced by its links with U.S. created IS, is clearly an attempt to militarize the eastern coasts of Sabah bordered by Philippines. This is convenient for further maritime, naval and military build-up through cooperation between these two countries, the U.S. and Malaysia, around the Sulu Sea which could serve as a deterrence strategy against China.

With the current leadership embroiled in controversies, the U.S. could exploit the situation through its media and influence to dictate Malaysian policy. It is up to the Malaysian politicians to be wise in their decisions and to not fall prey to the internal and external pressure regarding their stance in the dispute. Malaysia’s sovereignty is at stake and given the fact that the U.S. desire to establish a base or at least deploy their troops on the eastern coasts of Sabah is now made possible with the existence of ESSZONE. We can expect to see Malaysia playing a more pivotal role in the ongoing standoff in the Indo-Pacific.

The Word Stands for the Islands’ Headman

The indigenous population of Malaysians is being replaced by racist-invading-Han-Chinese. Soon the complete genocide of the natives will be complete at the hands of the racist-Hans.

You mean this map.

And you mean this real story.