According to US Chief of Naval Operations, Admiral John Richardson, US Navy is prepared to go in ‘no-go missile areas’ at the coastlines of China and Russia and “stay there for as long as necessary.” 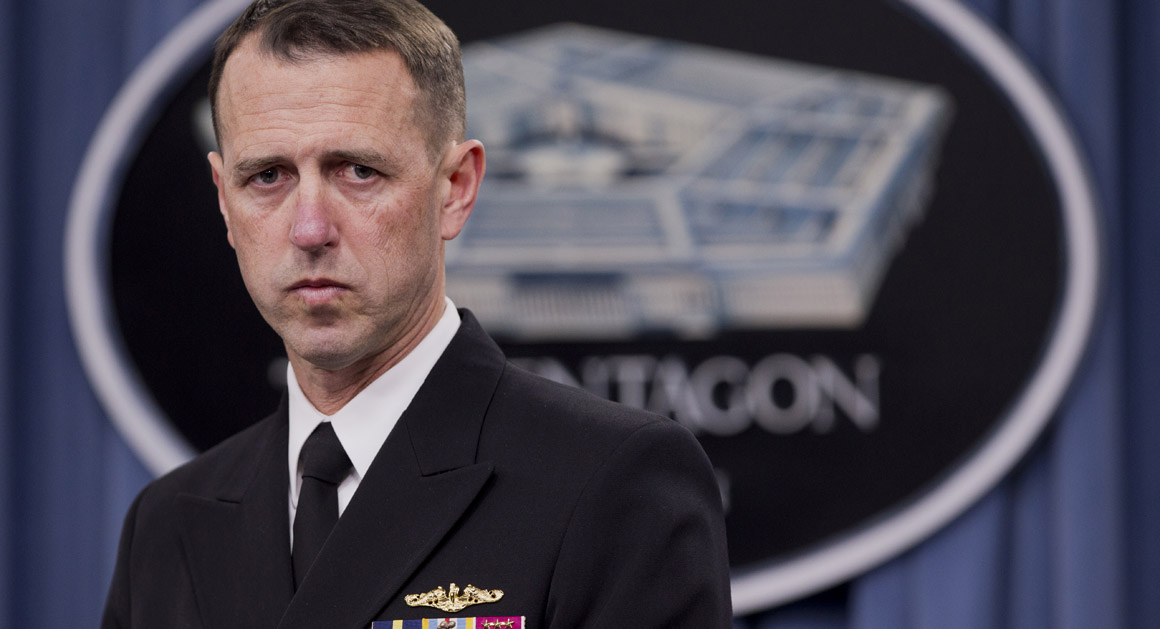 The US Navy is ready to conduct military operations in ‘no-go missile areas’, which can be found at the coastlines of China and Russia, US Chief of Naval Operations, Admiral John Richardson, said on Tuesday during remarks, made at the US Naval Institute – CSIS Maritime Security Dialogue.

Richardson noted that from now on the term ‘A2/AD’ (anti-access/area denial) is being ‘scaled down’ from the US Navy’s communications.

According to the Admiral, earlier, these areas were “an impenetrable keep out zone that forces can only enter at extreme peril to their existence, let alone their mission.”

“It’s a term bandied about pretty freely and lacks the precise definition it probably would benefit from, and that ambiguity sends a variety of signals,” he said. “We’ll no longer use the term A2/AD as a stand-alone acronym [sic] that can mean all things to all people or anything to anyone – we have to be better than that.”

“Since different theaters present unique challenges, a ‘one size fits all’ term to describe the mission and the challenge creates confusion, not clarity. Instead, we will talk in specifics about our strategies and capabilities relative to those of our potential adversaries, within the specific context of geography, concepts, and technologies,” he added.

As the US Admiral noted, the real state of things, which is “far more complex” than lines on the map, is simplified by the current understanding of the term.

The lines are used to mark zones, showing the limits of missile defense systems’ ranges. If an aircraft or an aircraft carrier crossed the lines, it would risk to be destroyed. The most part of these zones is located on China’s and Russia’s coastlines.

According to the words of Richardson, the US is preparing to take a risk to increase their presence in the ‘no-go zones’.

“It’s actually really hard to achieve a hit. It requires the completion of a really complex chain of events. The threats they are based on are not insurmountable, and can be managed, will be managed,” he said. “Have no doubt, the US Navy is prepared to go wherever it needs to go, at any time, and stay there for as long as necessary in response to our leadership’s call to project our strategic influence,” the Admiral concluded.

Comes his red nose from the fact that he is drunk or is it crack?

probably snorts cocaine until his nose rots and falls off

another hysteria from the US? now the US really starts to act like a little spoiled girl. can’t wiat what else they are going to offer the world.

I bet he won’t be on any of the floating missile targets. He will scuttle off to a Bunker somewhere.

This guy is massive Alcoholic /boozer……has a nose like Clinton. Bet this guy got robbed by Philipinos

That’s what the pimp said to Richardsons friends.

Difficult to comprehend the mentality and conceit of the US, very determined to reduce drastically the statistical count on US population. Those heads of the military with the Obama administration need to be apprehended and sentenced for life.

Ya I know it wont sit well with the crowd here, but I cant help myself. This guy simply said they would not use a specific term as it is not clearly defined. He basically states a vocabulary change going forward. There was no decree or threat. Just naval vocabulary definitions. He used the words “potential adversaries”. I get this sight and its point of view. However as the old saying goes “pot meet Kettle” no where other then the title of the article does it Mention Russia or China. The idea that a Military leader would state they are ready to carry out any mission anywhere at anytime and meet those challenges posed is pretty universal.

I understand the ‘he is just doing his job’ argument but I think it’s also understandable that Russia and China do feel targeted by his statement … ‘our leadership’s call to project our strategic influence’.

Projecting influence has been directly invoked to control the oceans off the coast of China and Breedlove even mentioned the arctic waters off the coast of Russia as that become navigable. If the Russians hinted that they had the right to dominate our coastal waters we would not take kindly to that either.

This story is about as honest and lopsided as the stuff I read about Russia in Syria all the time in US media. This is not Breedlove, nor does anything he was quoted as saying mention China or Russia its total assumption and a falsehood according to its title. If you get real specific as stated he defines vocabulary, that’s pretty much it. In addition he states, in response to leaderships call. Hes a soldier doing what soldiers do. The problem is when military men talk of or create policy. He did neither, and god forbid the day the military has a leader who would dare say the opposite of what he said here. In the end he say’s the USN is a capable fighting force, that can operate anywhere at any time. Again this is what they do, this is what it is made for. I come to Southfront to get a better perspective. There are many great reads. This story however (imho) is not so great. I know the site is pro Russian, as are its readers for the most part. I am only pro truth. I appreciate your response.

Who hires these losers?

Am I the only one noting the absence of Trolls in this Forum ?? Maybe that is why now they got Admiral Richarson to comment in social media : Obviously they ran ot of funds to pay the usual trolls !!

Why does US navy even need to be in Russian or Chinese waters exactly?

good expresions,but you will be go the first