The US Attorney’s Office has charged a Lebanese businessman with violating US terror-related sanctions in order to finance Hezbollah. 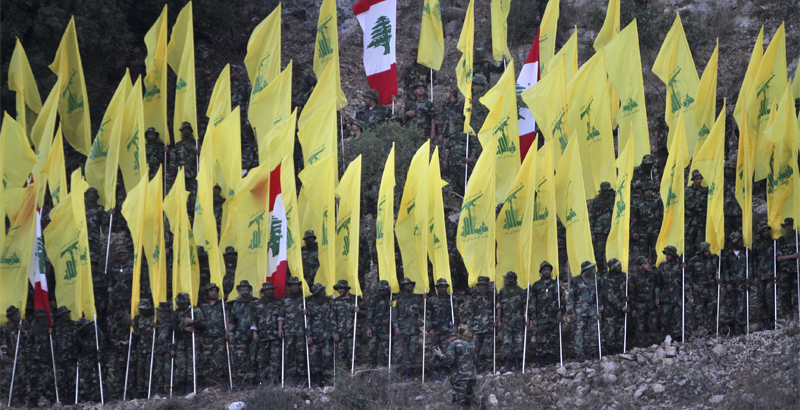 On Friday, the US Attorney’s Office gave an indictment to Lebanese businessman Kassim Tajideen, who had been allegedly deported to the US from Morocco, the Middle East Eye information website reported.

Reportedly, the authorities have information that Tajideen finances the Hezbollah militant group. According to the website, the 62-year-old businessman has already transferred several tens of millions of dollars to the organization.

However, the charges brought against the businessman were connected not with his support, provided to Hezbollah, but with violation of the sanctions, imposed on him by the US authorities. In May 2009, Tajideen’s name was included in the list of financiers of global terrorism. At the same time, he also was forbidden to conduct any business with US companies and individuals.

According to the website, the businessman was accused of restructuring his business organization after the 2009 terror finance designation in order to evade the sanctions and continue doing business with US companies.

Reportedly, Tajideen were buying commodities from US exporters and making wire transfer payments for them worth a total of 27 millions of dollars. According to the charges, the US firms, involved in those transactions, were unaware they were involved with him.

On March 22, the businessman provided testimony in the Washington federal court and did not plead guilty. According to a statement of the US Justice Department, Tajideen will be held until a detention hearing next week.

According to the investigation, Kassim Tajideen was transferring corporate incomes of the Tajco company to Hezbollah. In 1997, the US authorities included Hezbollah to the list of terrorist organizations.

Tadjeddin’s lawyer, Shibly Mallat, said that his client has nothing to do with Hezbollah and was included to the ‘black list’ of the sponsors of terrorism without any evidence of his ties to terrorists.

“All the claims about Tajideen’s links to terrorist organisations, whether from the US or Morocco or any other country are false,” the Lebanese Annahar newspaper quoted the Mallat’s words.

He described his client as a “self-made businessman who has declared on more than one occasion his opposition to terrorism and rejection to any violent activity of any kind.”

Hezbollah is a political party in Lebanon, so how far are you willing to take this. 1. Declare Lebanon a state sponsor of terrorism, impoverish them and destabilize that country that hosts 1.5M Syrian refugees? 2. Drone strikes in Lebanon to kill members of Hezbollah?

What has Hezbollah done that makes them such a heinous group on a par with Al Qaeda / ISIS?

The foundation of Zionism is that all Goyim must be enslaves by our Jewish-Masters, the Jewish-Master-Race. It is only natural that Monotheist would defend themselves against such ugly-bigotry. https://holodomorinfo.com/

Not really, Zionism just equals Jewish nationalism, Zionism is based on the word Zion, which is one of the many names given to the Holy land.

Zionism has so many different strands (Religious Zionists, Socialist Zionists, Revisionist Zionists etc), that the only thing Zionists can agree on is that Zionism=Jewish nationalism and being for a Jewish homeland in the Holy land.

Terrorism worldwide against Jewish and Israeli targets, using suicide bombers such as in Varna in Bulgaria 2012 and in Argentina in 1994.

to kill all jews in israel is freedom war

Blowing up a jewish center in Buenos Aires with over 80 people dead for starters !

That’s rich. Especially when you consider that the US funding of terrorist armies, the horror caused by US expansionism/ geopolitical games and its unquestioning support of Israel.

Any population group that defends their tribes from the Zionist-onslaught are always classified through Social-Construct as a “terrorist”. And no matter how many tens of millions of people are genocided by Jews, the Jews still always say “they were just Goyim, no crime here”

The US Prosecute non US citizen in violation of US laws outside US territory. If all countries does the same, the world will be in chaos.