The drills of the USS Harry S. Truman (CVN-75) aircraft carrier and its strike group are ognoing in the Mediterranean Sea while militants have triggered another escalation in northwestern Syria by attacking Aleppo city with chemical weapons.

The ship had spent the early Fall north of the Arctic Circle, after taking July as a break from deployment. A few days prior to November 19th, the aircraft carrier passed through the Strait of Gibraltar after spending four days in Lisbon, Portugal. The Harry S. Truman was operating in the Mediterranean before returning to Norfolk for a month as a test of the Navy’s new dynamic force employment model.

After returning from the break, the aircraft carrier returned to the US 6th fleet area of operations but spent approximately a month at NATO’s Trident Juncture war games in and around Norway. Reportedly, the aircraft carrier left the exercises early, due to concerns of poor weather conditions.

Furthermore, on November 25th, Russian Ministry of Defense’s TV channel Zvezda reported that the Harry S. Truman’s strike group began exercises in the Mediterranean. They are to continue until December 1st.

As specified in the international notification for aviation personnel and navigation warning of seafarers (NOTAM), flights of deck aviation will be conducted in airspace above international waters.

These war games are noteworthy as they happen amid the chemical attack escalation in Aleppo and the seemingly ineffective deconfliction agreement surrounding Idlib.

This all follows an interview of US Special Representative for Syria Engagement James Jeffrey. He blamed Syrian President Bashar al-Assad and the Syrian government for ISIS advent, going as far as saying that it produced the terrorist group.

“The Syrian regime produced ISIS. The elements of ISIS in the hundreds, probably, saw an opportunity in the total breakdown of civil society and of the upsurge of violence as the population rose up against the Assad regime, and the Assad regime, rather than try to negotiate or try to find any kind of solution, unleashed massive violence against its own population. That created a space for ISIS to recruit people; to protect people to some degree, ironic as it sounds, from the depredations of the Assad regime; and very soon, ISIS had an army of 35,000 troops and had seized big chunks of both Iraq and Syria.”

He further elaborated that the US does not desire a regime change. Rather, it desires a change of behavior in the Syrian government and of the state. According to him that wasn’t simply the US view, it was shared.

“That’s the view in a whole series of international agreements related to Syria since 2012, culminating in the resolution of 2254.”

Thus, the US appears to be somewhat re-using the rhetoric toward Iran, in claiming that it does not wish for a regime change, but rather a behavioral change.

Jeffrey also once more repeated the goal of defeating ISIS and that reaching a quick solution would be in “everybody’s interest,” since it would also lead to the supposed withdrawal of Iranian forces from the country, mostly according to Israel’s interest.

“We don’t see why it is in the interest of anyone to have Iranian forces, particularly power projection forces – long-range missiles and other systems that can threaten other countries – present in Syria if we have resolved the underlying conflict.”

Thus, there is a noticeable shift in policy towards a more aggressive stance towards Assad and his government. The US is obviously considering the strong Damascus government as an important ally of Iran in Syria. So, it will work to undermine it and change it if it’s possible.

“After returning from the break, the aircraft carrier returned to the US 6th fleet area of operations but spent approximately a month at NATO’s Trident Juncture war games in and around Norway. Reportedly, the aircraft carrier left the exercises early, due to concerns of poor weather conditions. ”

This is rich. If it is true, it is ridiculous. They want to be prepared for war yet, can’t handle weather in the environment in which it would be fought. Pfffffffft ……….. better to stay in Norfolk fellas, much better for you. Besides, I am pretty confident that was not the real reason for the early departure.

As far as the composition of the force, it is a joke and would be blown out of the water in short notice. A handful of ships in a very unsupportable position would not last an hour after the shooting would start. The US knows this. I think they are just doing their thing out there in the Med. The deployment is a yawn.

Pffff Yourself. The sunken vessel was inside a deep fjord in Norway.

They wasnt “around” Norway bvut west of it. You got minus in geografi and not fact finding ?

But of course Russians can do anything they want outside Norway but Norway cant do the same thing and have to bend and pray 5 time a day to Russia.

What in the world are you talking about Jens? lol

This is what happens when the NATO Cyberwarriors have their quotas set too high and are tasked with extraneous duties, such as watching LBGTQ+ training videos and practicing being shot up by their pissed-off comrades.

I have always taken Jens for somebody in their own sandbox but, this last one is making me wonder if the account is truly a false one, operated by some agency. What Jens offered in comment, is almost exactly the type of thing some group would put up when they make a mistake. Ty for you take on this Maximus.

There’s nothing like an “active shooter drill” to unbalance the troops. Not only does it disrupt work, it makes the troops second-guess everyone. They’re told that the biggest shooter threat is the “insider threat.”

LOL! I’m still trying figure out what a “collapsed infame governess” is.

Thats have things are. You live in it, and know nothing better – Often because You not even are allowed.

I live in it too every day. F16s are old. F35 are not good having hardly no stealth and can be jammed. the dollar will collapse next week just as and Syria will take Golan next week too.

Aircraft carriers will be sunk. USA missiles are not good.

Yesterday it was some Bulgarian kind of nationalistic fascist not even knowing Roumania has its name from Latin.

And a few days before that a Turk as another half a year ago told me Romans were rthe only runners of the East Roman Empire and Armenia was a colony of them and never no state. 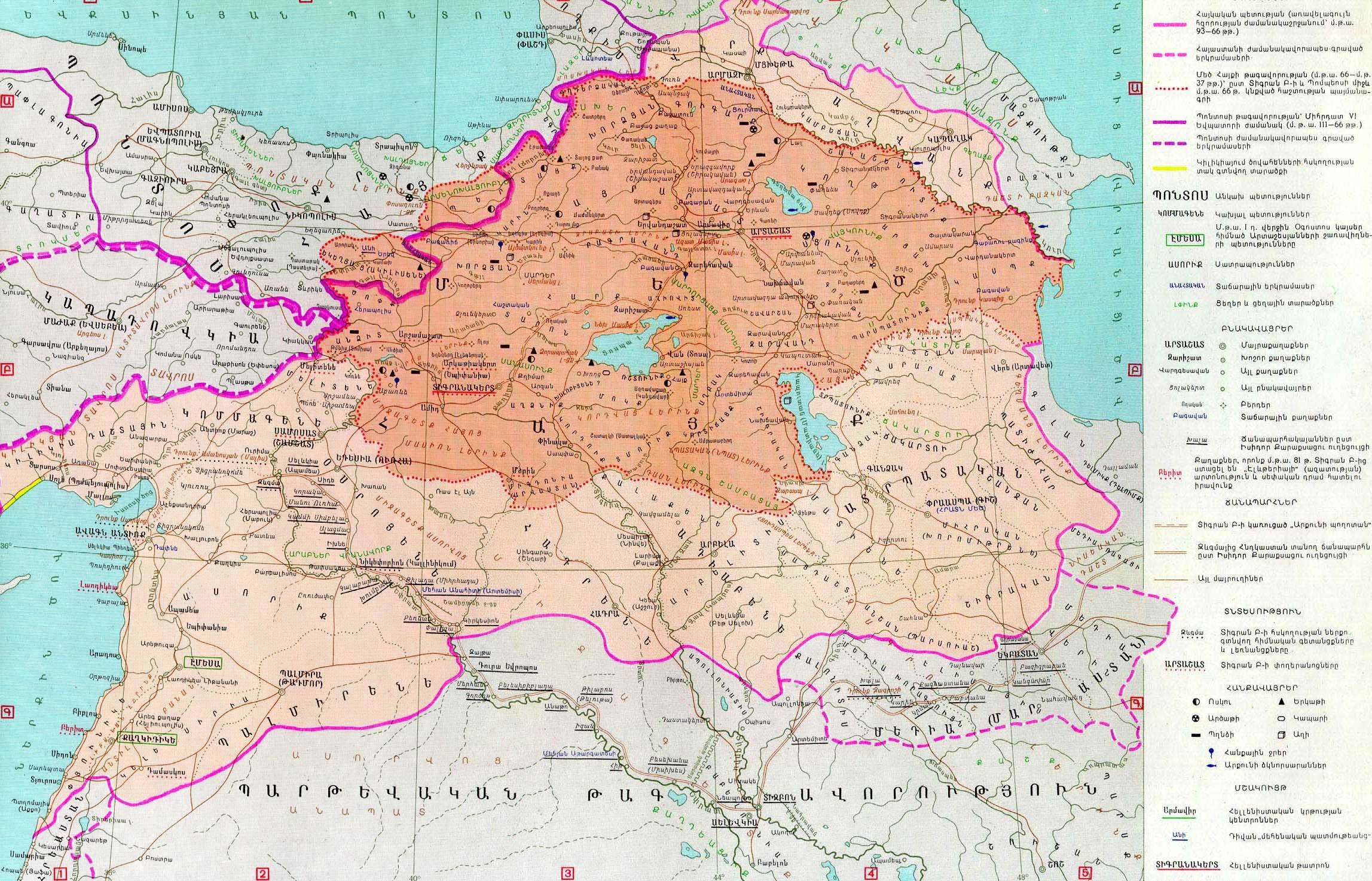 It was a mistake. But the exercise wasnt around the northern part of Norway at all.

You mix up things Yourself.So why shouldnt I.

I hope Ypu are no cook.

Get it together Jens.

Jens… go see a Doctor….it seems a tumor inside your “brains” is causing more & more troubles….

With only a quarter of a brain in his skull cavity, the tumor should have plenty of room to grow without causing any immediate symptoms . .

You mixed your medication again.

And against whi should I be a Quisling ?

You must be the holywood geopolitics expert.

The Great Satannical Empire is moving to protect it’s footmen Devils in Idlib and West & North Aleppo. They’d better be careful ………. the “Chemical Weapons Attack” was this time clearly conducted by Wahhabi Islamic Turds but they were caught out from the minute they started their bombardment of Aleppo.

What a Filthy Lying Cockroaches..!!! Only FILTH COMING FROM THEIR MOUTHES….U.S.A. & ISRAHELL… YOU FILTHY PARASITES:

The Syrian regime produced ISIS. The elements of ISIS in the hundreds, probably, saw an opportunity in the total breakdown of civil society and of the upsurge of violence as the population rose up against the Assad…..

IT WAS YOU!! LOWLIFE GENOCIDAL SCUMBAGS & YOUR EUROPEAN LAPDOGS THAT CREATED ISIS…TO ESTABLISH A GREATER ISRAHELL…. SHIT UNDER ME BOOTS IS WHAT YOU ARE…

Meditarian Sea is Ours. Russians are just temporary guest like tourists and camping.

Ours huh? I thought it was international water?

Russia as well as several here not even respect it for northern part of Norway and now Russians at Azaov Sea as well.

Go back to sleep Jens.

You are Danish…. what the fuck are you talking about the Mediterranean being part of Danish Territory??!!! You are Crazy boy….

“Meditarian Sea is Ours”
You say ours like you are an equal to the Americans British and French?

Face reality, if Denmark had anything worth stealing, they would have taken it long ago. Denmark is merely a novelty, a useful fool to them.

Get out of here moron ! Stupid zionist bitch !

I hope You make more of this way of being infame and evil. If so, You are permanent home mummy putting Your diapers at Your hands and mouth, instead of writing here.

In westerns its: Eat dirt :) 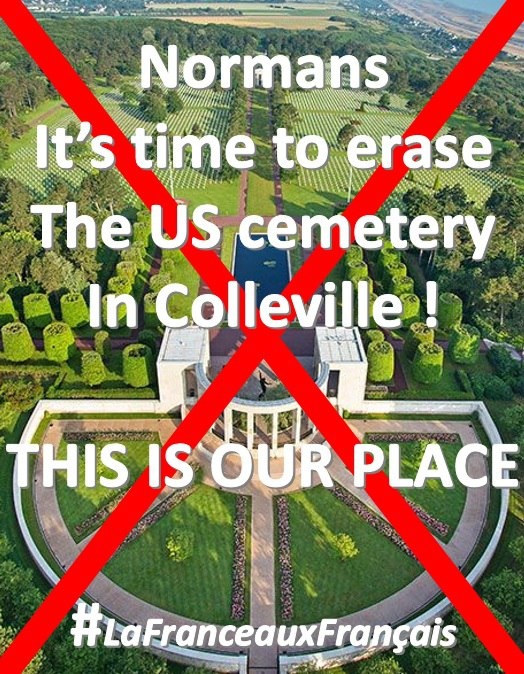 they thinking of it, but have not yet, found any volunteers.

I’m waiting for three weeks now for them to get of the toilet….

Guys, is Jens a bot or something. His last post to me was REALLY strange. It completely confused 2 different topics and seemed a bit of a rant. I know Jens is off kilter but, even for him this was very strange.

Jens doesn’t know what he is doing….he very well can be a bot or a dude in a Mental institution….if he is Human he certainly got a Brain-Damage of some sort…if he has any brains at all that is…

Thank you for the thought Hunter. Jens is normally a long way from certainty on what is going on but, even for him, that one was a lulu. I wish well to you.

You in ME ceratinly solve things well Yourself. I see it every day.

nope just a clone of the system.

This is what he just sent to me:

Jens Holm:
27 minutes ago
Thats exact why parts of the west see You as ants. If You are not in our house or only a few, You are fine insekts.

But if You are and bothers us, You are seen as insects, which can be extermanited. You make nothing, which tell us the opposite to that, and You only are kind of protected by Human Rights of UN and tx the European adding. But more in Europe then ever says, that the more being kind, should be out as an option.

Reply:
???? WTF…. There are Weird things goin’ on in the Heads of Danske Grise…

I quote right wings in Europe. Thats not my oppinion.

Those decide too much by so many muslims here and the extremists of Yours. You give them help to grow, and by that that make th left wings to grow too.

ROTFLMAO ……………… what can I possibly add to that Hunter?

True, I can’t imagine anyone paying for your posts.

It’s called alcoholism buddy. The continued abuse of which causes nonsensical rants and feelings of self-aggrandisement . .

He is in a hurt-locker of some sort Chris.

This aircraft carrier is going to scare Erdogan more than it does Assad, Assad’s back in the good books now, but Erdogan isn’t, he’s being shoved into the naughty corner by just about everyone but the Qatari’s.
The Hajin pocket needs help, here it comes.

We are not seeking regime change in Babylon the great whore. Only an adjustment in her behaviour . .

Sink it, 3 or 4 hypersonic missiles should do the trick….would love to watch their faces as it goes head up to the bottom of the Med….