The Syrian Democratic Forces (SDF), supported by the US-led coalition, have captured al-Rasheed neighborhood in Raqqah city, according to pro-Kurdish sources. Clashes have been also reported in the southern part of Raqqah and west of Rawdah neighborhood.

The SDF, supported by the US-led coalition, started the official storm of the ISIS-held city in early June. However, ISIS still has a strong presence in the populated areas and controls most important parts of the city. 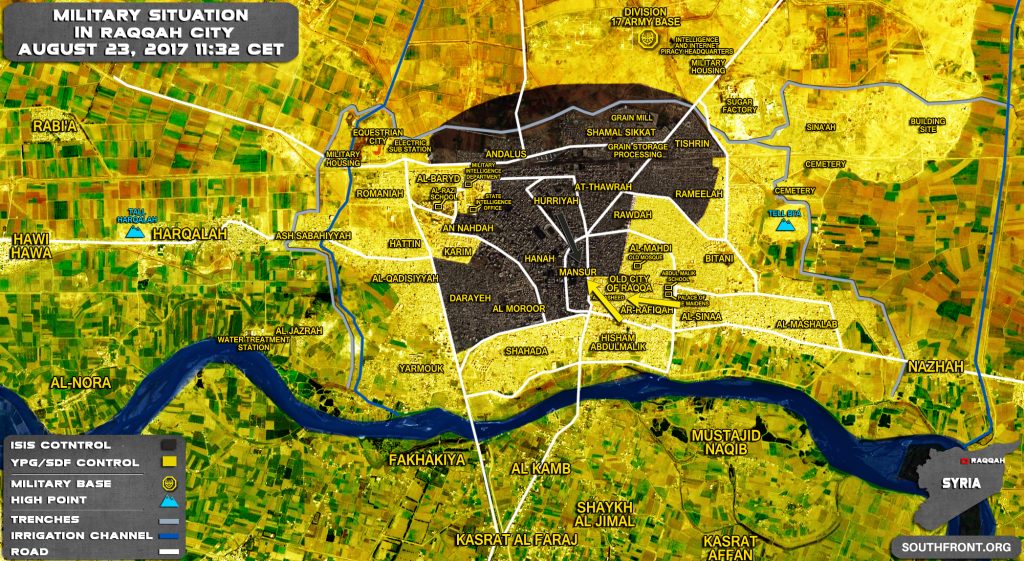 These idiots of kurds: hoping they will get the main price of US pissers by fighting for Raqqa, an arabic city. When the time comes they will get the price they deserve. Fighting now for over 3 month, 4 more are expected. The are bad fighters, have some girlies aroud them playing strong men and they are cowardly.

You answered yourself: why would they push for an arabic city, better minimize casualties since the time is on their side.

No, they want to remove the barbaric Saudis, Libyans, Dagars, European Immigrant, and other foreign Daesh.

They are throwing bad Arab fighters into the mix, plus people whined in the first month and said ISIS withdraw now it’s not? They captured most of old raqqa which is similar to old mosul in less time then iraq forces.

Earlier ISIS in fact has withdrawn important equipment and many fighters from there. Personally I have nothing against when kurds need much longer to get Raqqa. The shorter they will stay :-).