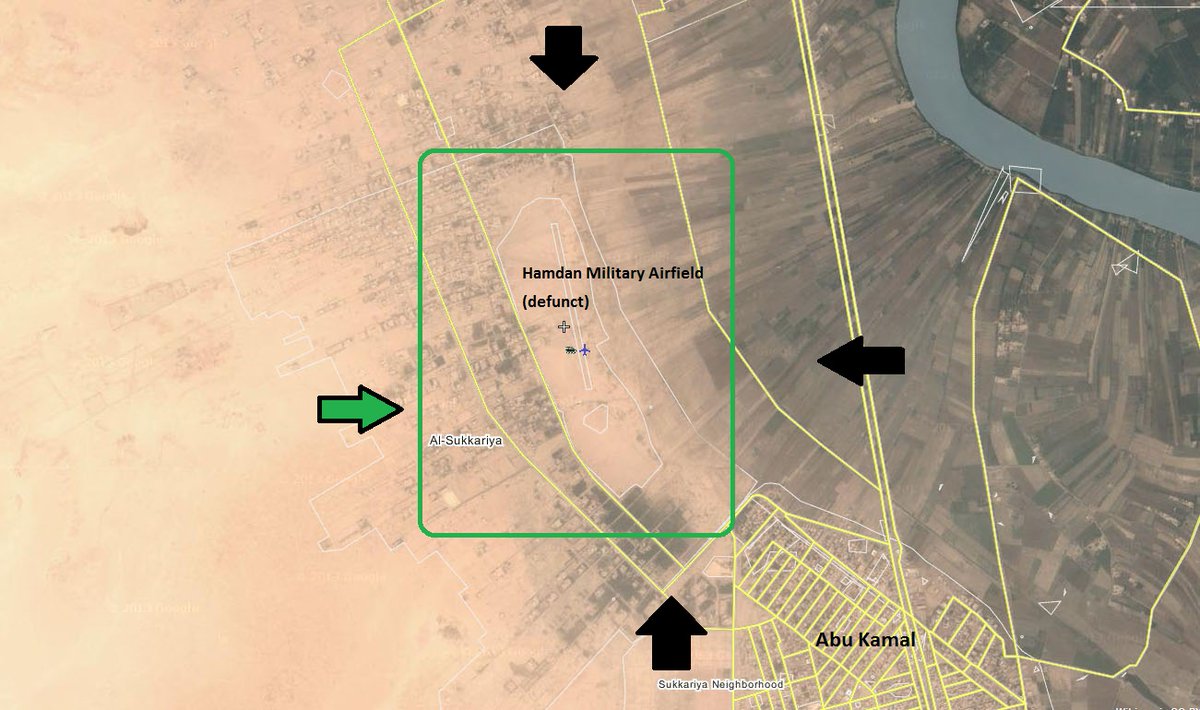 The US-backed militant group, knowns as “New Syrian Army”, helped by Western-backed special forces have seized a military airport held by Islamic State militants close to their strategic city of Al-Bukamal near the Syrian-Iraqi border.

In total, the NSyA and Western special forces have seized the Hamdan military airport, the nearby Hamdan village and the village of al-Sukari in the eastern part of the Deir Ezzor province.

The NSyA has also announced the andvance on Al-Bukamal, located on the Euphrates river, and already engaged in clashes with ISIS militants near the city:

The NSyA was formed with help of Western-led special services in 2015 from militants driven out of eastern Syria by ISIS militants. 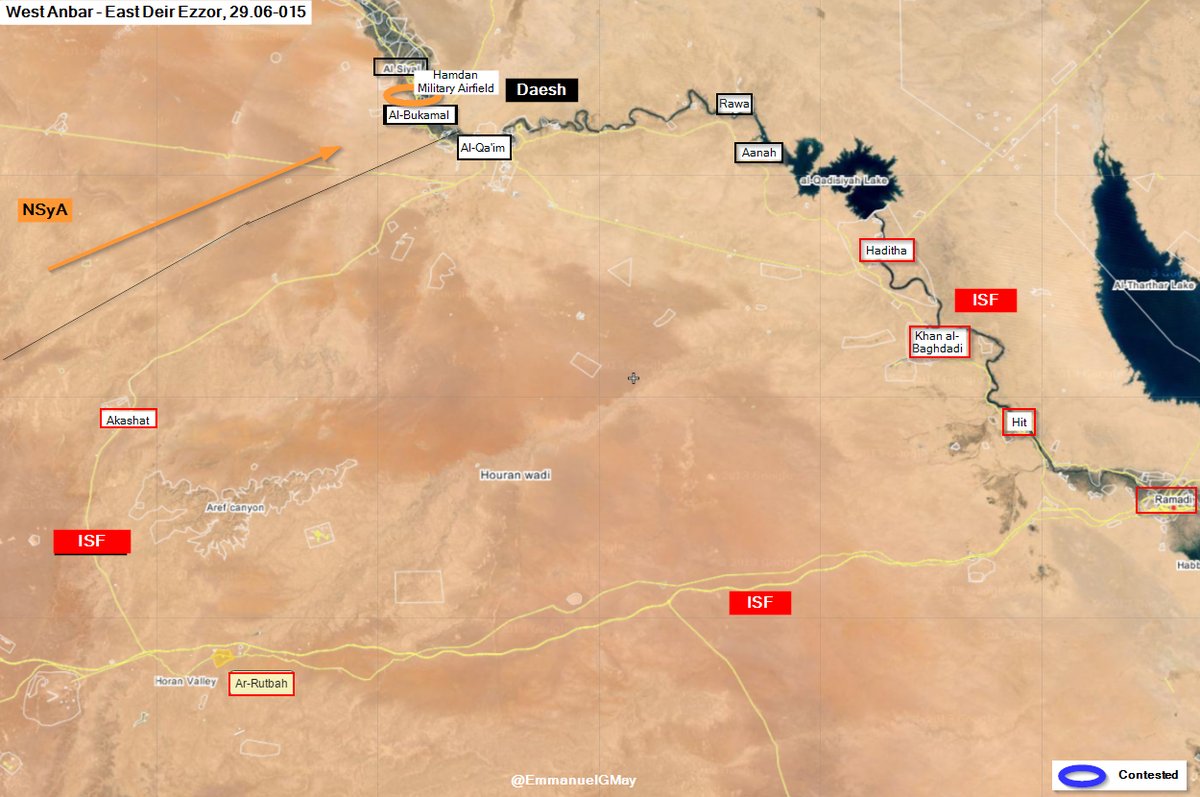