All we know that Western media outlets are the most unbiased and independent around the world. And CNN is one of the best among them. Let’s look at CNN’s coverage of the situation with Palestinian boy beheaded by US-backed ‘moderate rebels’ from the Harakat Nour al-Din al-Zenki (GRAPHIC FOOTAGE).

Nour al-Din al-Zenki is a militant group that recieves support from the US and is affiliated to the Supreme Military Command (SMC) of the Free Syrian Army (FSA). In other words, these guys are the same “moderate rebels” that US State Department supports in Syria in every statement. 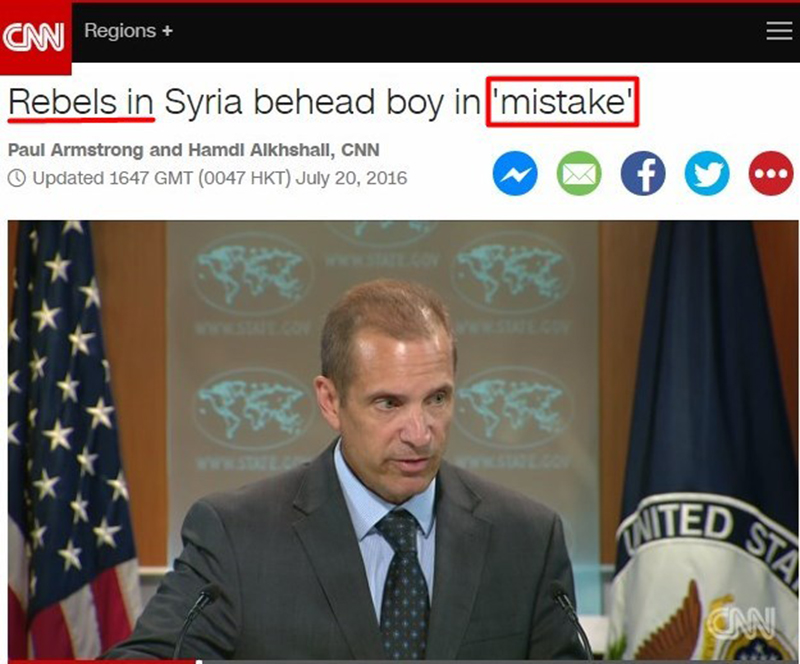 By today, they’ve updated the title, a little bit: 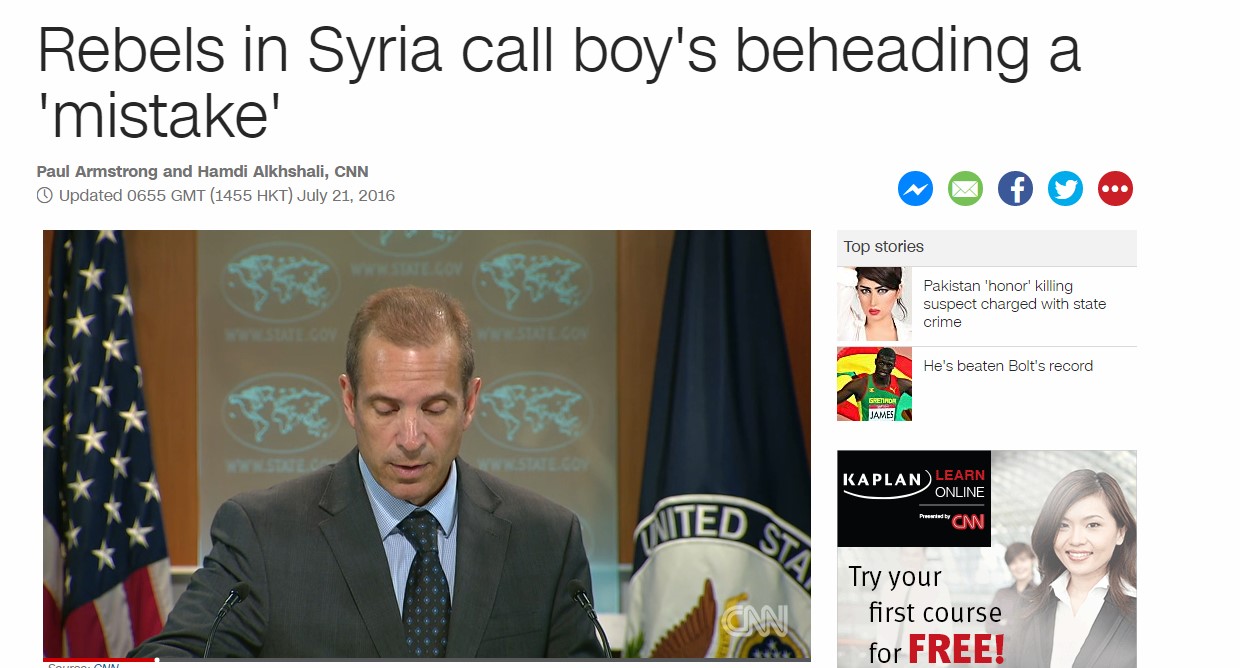 According to CNN, the Nour al-Din al-Zenki released a statement at its Facebook page, calling the killing an “individual mistake” and said it would investigate “the human rights abuses that were shared on social media sites.”

However, the group’s highest ranked commanders in charge for Aleppo were responsible for the crime.

Let’s look at them: 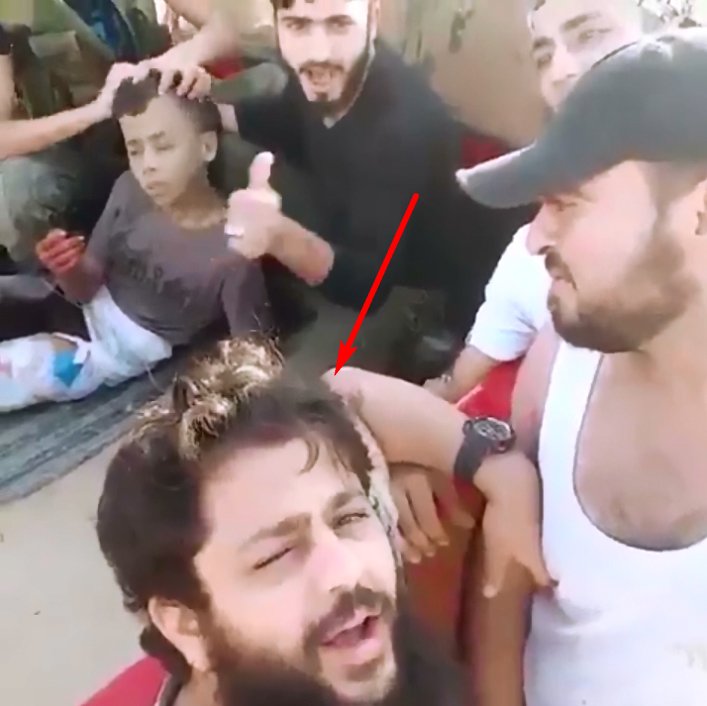 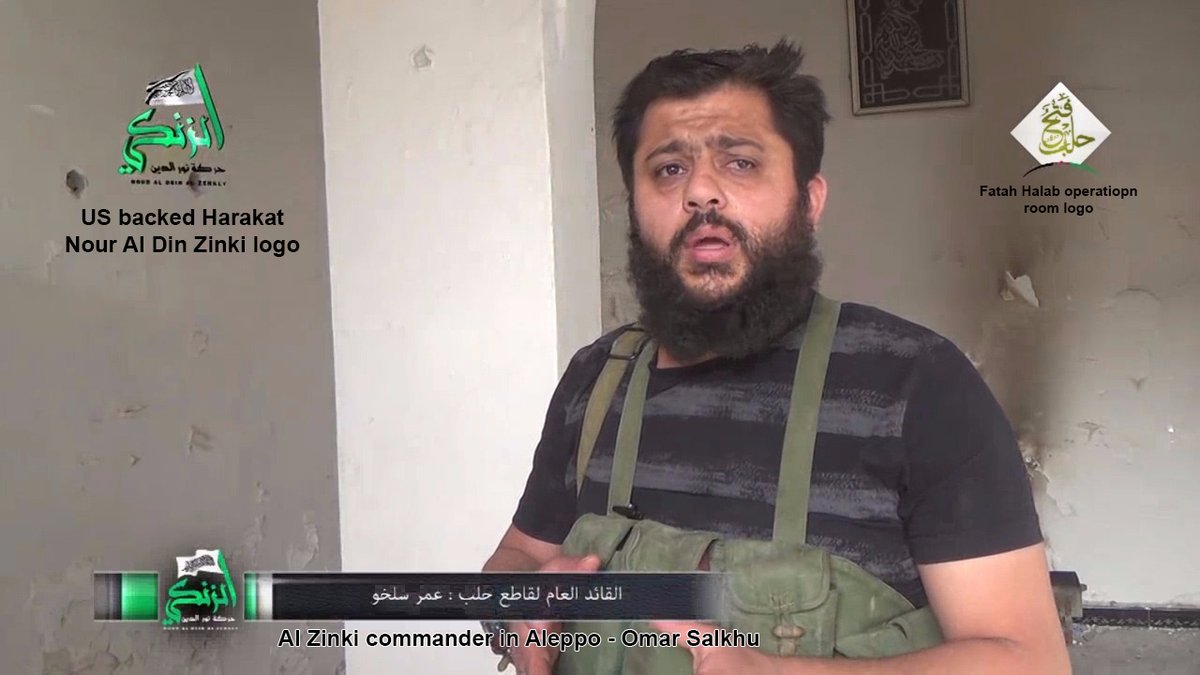 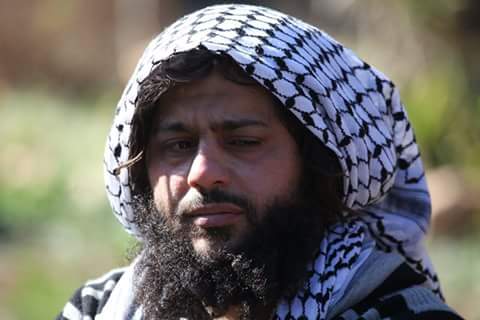 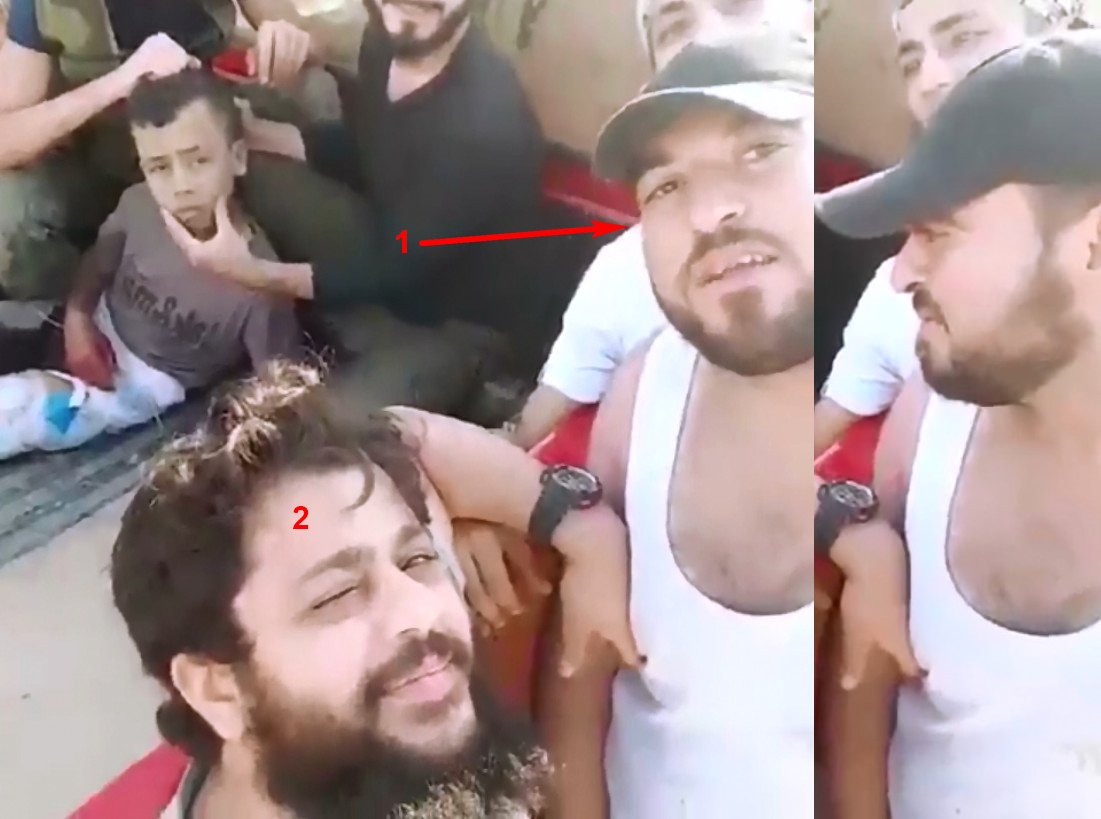 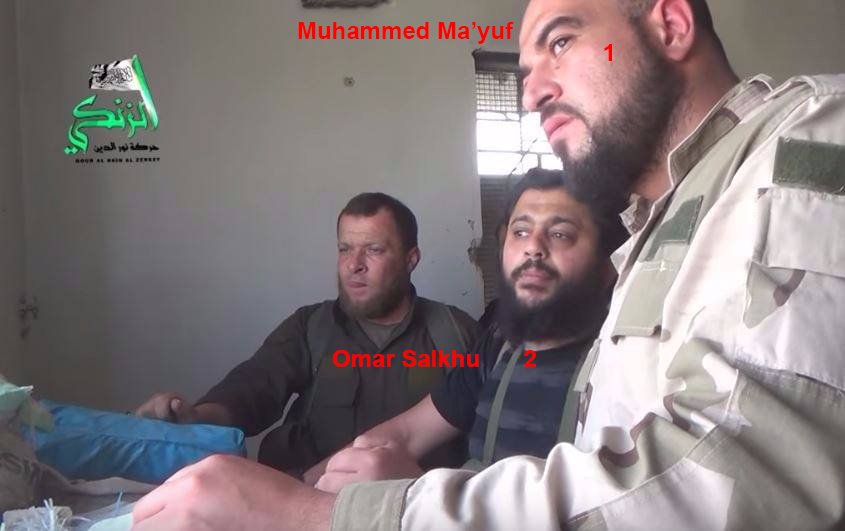 Just look at this US-backed “moderate rebel.” He is staying at the front of ISIS flag by accident for sure. 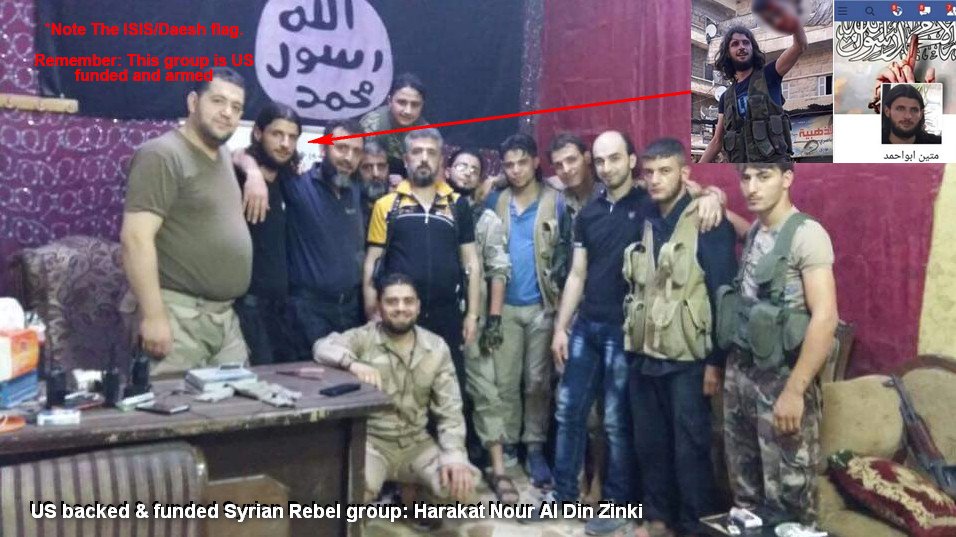 Images by The ‘Nimr’ Tiger

@cnn This is the final straw.. when you defend this below-dog-shit group that would behind a child, you belong right down there with them and the @deptofState right along with beside you. Your attempt at defense is beyond reprehense.

Don’t blame CNN, they were told to defend, and that is what they are doing. If they didn’t do that would reveal that US is supplying terrorists.

Well, I’m not a great fan of the Assad regime and it’s deeds during the years, but I hope they will crush the rebels. Moderate rebels are dead longtime ago when Obama did not want to support them. Later he changed his mind… too late of course. Obama is a “good talker”, but his leadership skills are way below average. Good analysis by the way, “individual error” my ass! CNN sucks, or whom controls it…

It is not a question of liking or not liking, the question is TINA, There Is No Alternative.

Give the regime some historical perspective. US interference in Syria goes back to just after WW2. It is no wonder these nations become dysfunctional.

Does leadership skills as per your dictionary mean poking your nose legitimately or illegitimately any where in the world because you have all the means to do so…………. Actually inaction of Obama saved life of many American soldiers however he could have saved many more by taking some action against those who supply arms illegally to those head chopper scums (moderate rebels).

Colaborator News Network. I have not been a fan of CNN for a very long time. They are noone to seek clarity from.

I’ve never believed that Assad is a saint, but considering what we have as ‘leaders’ in most of the western countries and in most the regimes they’ve actively supported in the past, he is by no means the worst. If these rebels (terrorists) are typical of those supported now by the US, I dearly hope that the Syrian / Russian offensive will ensure that these monsters no longer walk on the face of the planet. Too bad the source of this evil – in Congress and the White House – can’t join them in Hell.

Zionism never makes sense to people ho do not understand Zionism’s ultimate aims. I understand what is happening over their all too well. And I know what happens next. And I know the war that is going to start in 2017, which will be bigger then any war of the past 7 years. Israel is going a full three rounds in their next act of Zionist-ambition. http://smoloko.com/ http://realzionistnews.com/

Key word Zionism … When will Main stream media catch on??? never!! They are all the one..

Please sign the petition to cut aid to these savages https://wh.gov/iF83F

Is the “thumbs up” guy Abdul Hamid Youssef/Abel Hameed Alyousef who claimed on CNN to have lost 23 family members? Please confirm as I am making a video about crISIS actors… Thank you